At least 26 people have been killed after extreme weather, including thunderstorms and heavy snowfall, hit Pakistan over the past few days. Pakistan's northern regions experienced heaviest January snowfall in 48 years while the entire drought-stricken country experienced above normal rainfall (+56%) from January 1 to February 21. Over the past three weeks, the country experienced +93% above normal rainfall, Pakistan Meteorological Department said.

All provinces of the country, including parts of Punjab, Balochistan, Khyber Pakhtunkhwa, Gilgit-Baltistan and Azad Kashmir experienced thunderstorms followed by heavy rains as well as snowfall, as a result of which many roads and areas were blocked by flooding and power breakdowns became a common experience in every major city, Pakistan Today reports.

Balochistan government declared a state of emergency and called for assistance from the army. Flooding affected more than 200 families and stranded dozens of people who were eventually evacuated by the army and emergency workers.

At least four people have died in flash floods in southern Balochistan. One body was recovered and three remain missing.

At least 9 people were killed in Punjab Province in three incidents of roofs collapsing. One person was killed and two others injured when an avalanche hit Azad Kashmir's Layyah Valley.

Four people, including two children and one woman, died in Khyber Pakhtunkhwa in a landslide and roof collapses while 10 others were injured in separate incidents across the rest of the province.

The country's northern hilly areas received up to 1.8 and 2.1 m (6 and 7 feet) in January and the first week of February. This is the heaviest snowfall in 48 years, Abdul Wali Yousafzai, a senior officer in Khyber Pakhtunkhwa irrigation department said. "Snowfall and rain will not only help to raise our water table but also be beneficial for our forests that had been affected by drought," he added.

"The rainfall will raise the water table while the snow will melt into our river. It's a blessing from God," Prime Minister Imran Khan.

According to the Pakistan Meteorological Department, the country experienced above normal rainfall (+56%) from January 1 to February 21.

Over the past three weeks, the entire country experienced above normal rainfall (+93%). 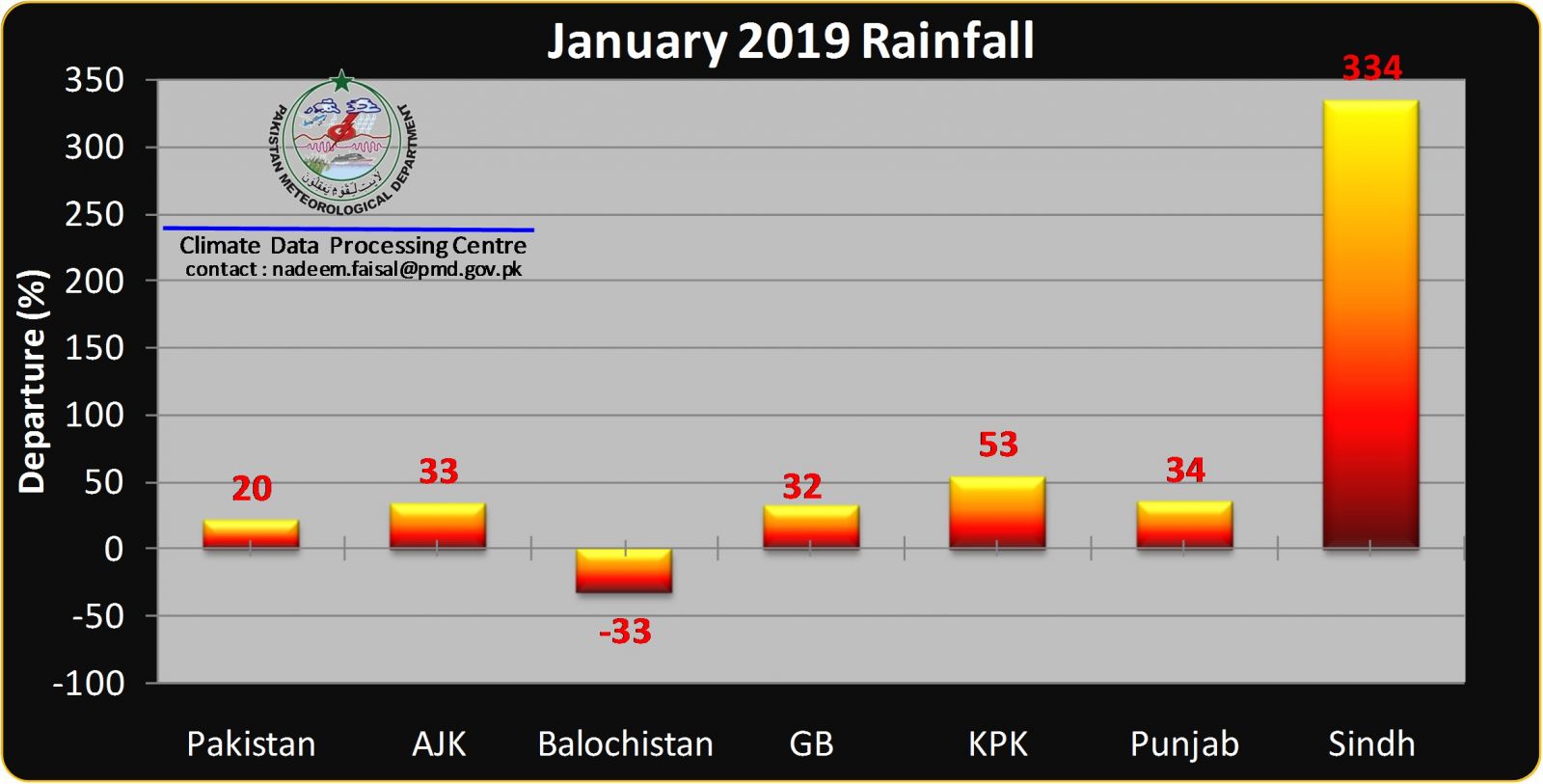 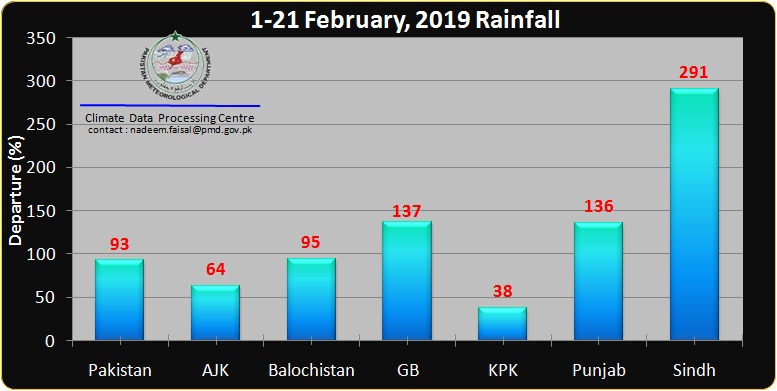 Mainly cold and dry weather is expected in most parts of the country today, PMD said. However, rain/thunderstorm (with snowfall over hills) is expected at isolated places in Malakand, Hazara, Kohat, Rawalpindi divisions, Kashmir and Gilgit-Baltistan.