Severe Tropical Storm "Usagi," known in the Philippines as Samuel, continues moving westward over the South China Sea and strengthening while approaching southern Vietnam. This is the 27th named storm of the 2018 Pacific typhoon season and the 8th tropical cyclone to hit Vietnam this season. It comes just several days after Tropical Cyclone "Toraji" hit the country, leaving more than 12 people dead.

Usagi is expected to continue tracking westward over the next 24 hours while strengthening.

Landfall is expected close to Vung Tau town late in the afternoon (UTC), November 24 with maximum sustained winds between 75 and 93 km/h (46 – 58 mph).

A Tropical Storm Warning is in effect for Vietnam's South East Region. 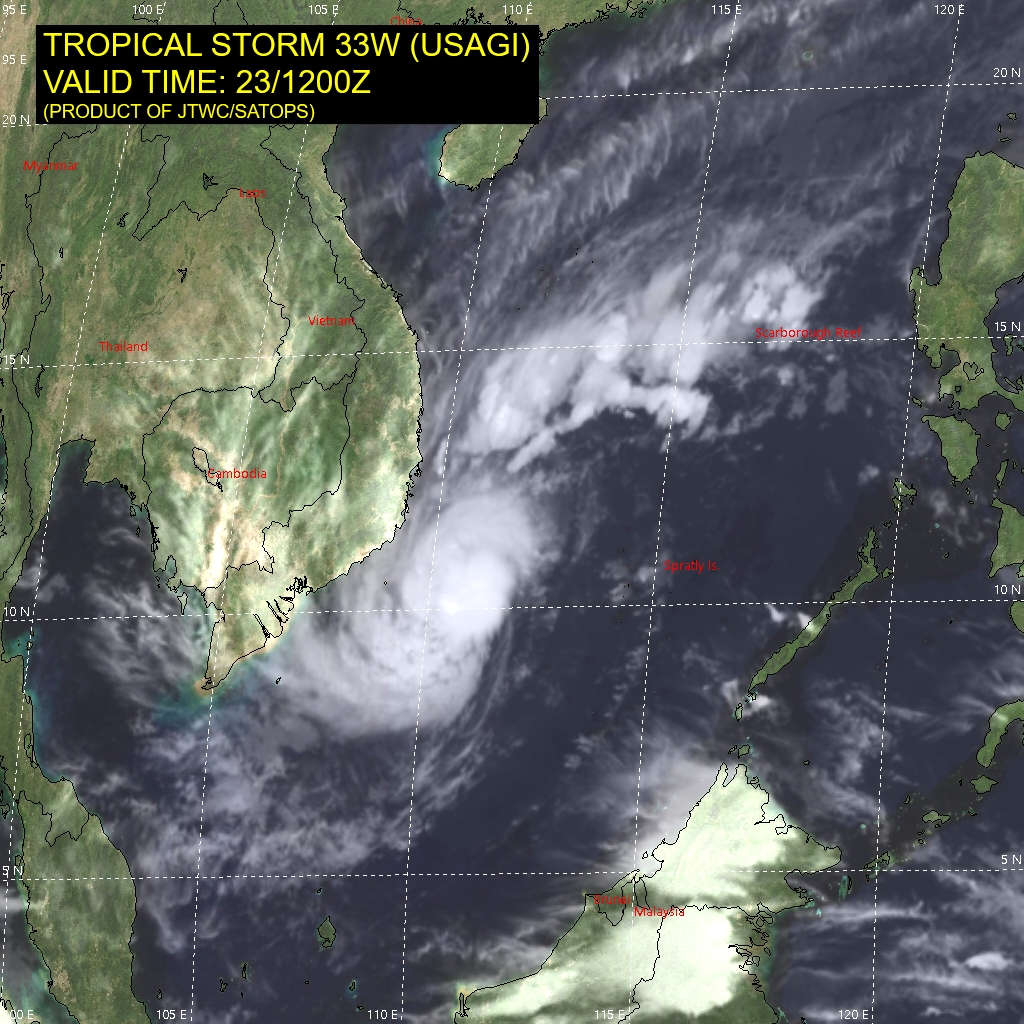 Usagi moved over the Philippines on November 21, leaving at least one person dead due to floods triggered by heavy rainfall.