Thousands of people and over 1 000 vehicles were stranded at Zheduo Mountain in Sichuan's Kangding City on October 3, 2018, after heavy snow dropped up to 40 cm (15.7 inches) of snow.

According to CGTN, heavy snow started on September 30 and continued, forcing the local weather department to issue blizzard warning around 21:00 local time, October 2.

Up to 40 cm (15.7 inches) of snow has fallen on the mountain, a scenic spot attracting many tourists, and the blizzard has caused traffic disrupting landslides. 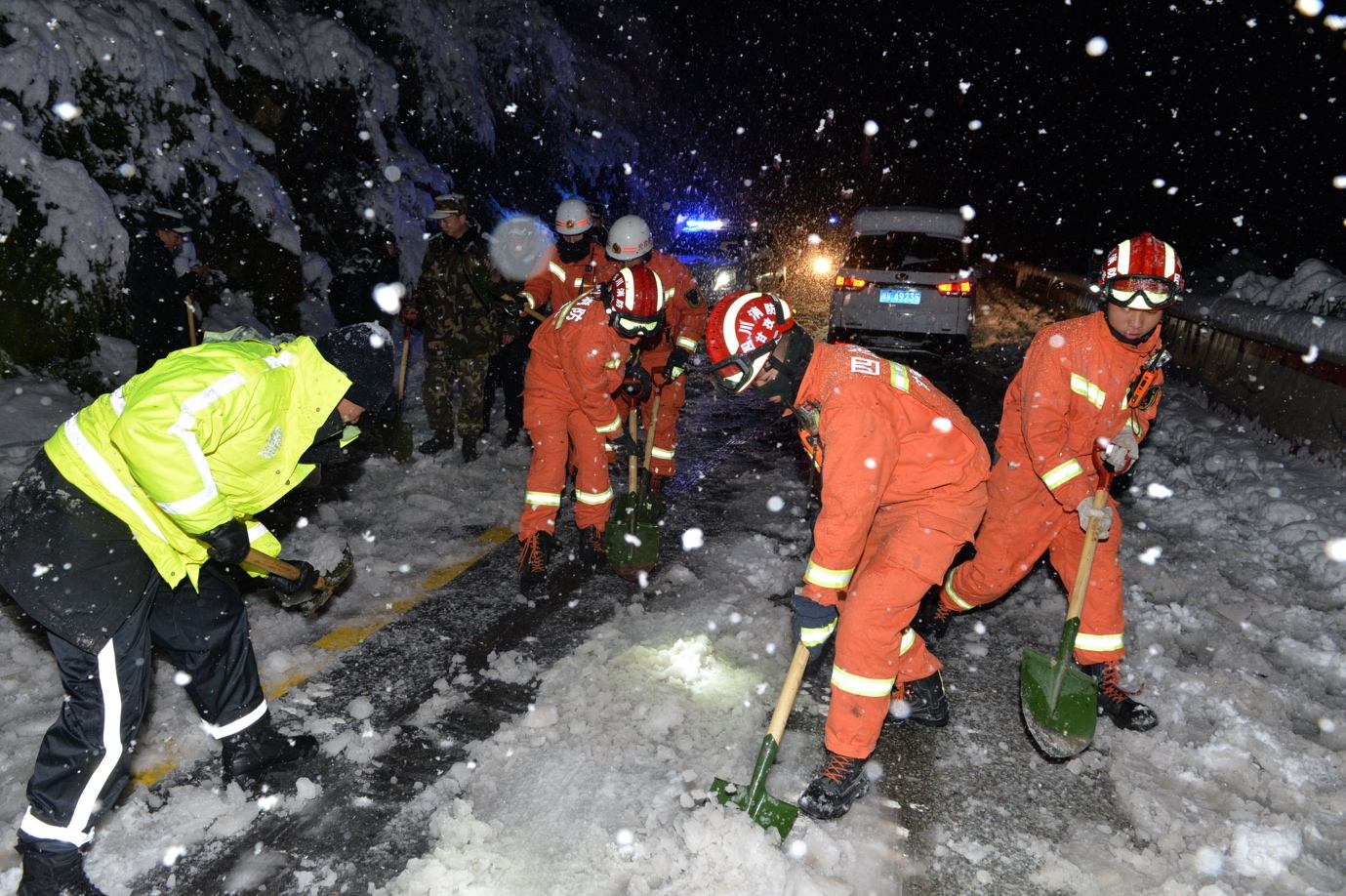 Local police have cut off major roads leading to the mountain, preventing tourists from entering into the area, CGTN said, adding that more than 400 local firefighters participated in rescue and clean up efforts.

The event comes amid China's weeklong National Day holiday, running from October 1 to 7.