Snow has covered northern Algeria's desert around the city of Ain Sefra for the second winter in a row on January 7, 2018. The last time this region saw snow before December 2016 was in 2013.

The snowfall in northern Algeria was caused by the same weather system that affected the western Mediterranean over the past couple of days, as is usually the case.

According to an Algerian media report, around 40 cm (16 inches) of snow fell on mountains on the outskirts of Ain Sefra. 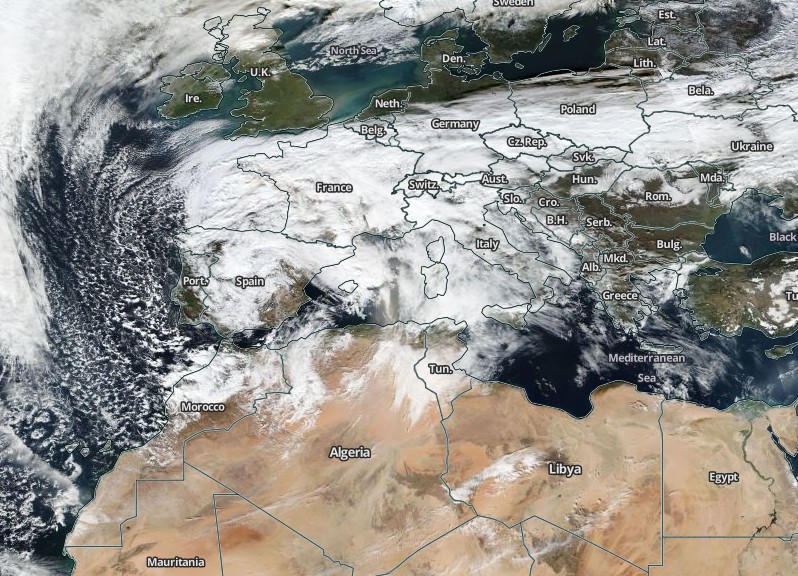 Snow in this region is rare, but not unprecedented. However, what is unusual is that this is the second winter in a row that Ain Sefra saw measurable snow.

One date circulating in media this week, the same as in December 2016 when the last snow was reported in the region, is February 18, 1979. On that day, snow was indeed reported in Algeria, but to the surprise of many, it happened in the country's south, far away from Ain Sefra.

As reported by Live Science, on February 18, 1979, low altitude areas of the Sahara desert recorded their first snowfall in living memory. Snow fell in spots in southern Algeria, where a half-hour snowstorm stopped traffic. Several Saharan mountain ranges, however, receive snow on a more regular basis.

In winter, temperatures drop low enough on the Tahat summit, the highest mountain peak in Algeria, to cause snow about every three years. The Tibesti Mountains, in northern Chad, receive snow on peaks over 2.5 km (8 202 feet) once every seven years on average.