Tropical Cyclone "Ockhi," responsible for the deaths of at least 27 people and hundreds missing in Sri Lanka and India is turning toward India and is expected to make landfall on the coast of Maharashtra, India late December 5 / early December 6, 2017. Ockhi is the third named storm of the 2017 North Indian Ocean cyclone season. Meanwhile, another cyclone is forming in the Bay of Bengal and moving towards northern Tamil Nadu – south Andhra Pradesh coasts.

The India Meteorological Department (IMD) warned fisherman along the coastlines of Maharashtra, Goa and Karnataka not to venture out into the sea between Monday and Wednesday due to approaching Very Severe Cyclonic Storm "Ockhi," that wreaked havoc across Tamil Nadu, Kerala, Lakshadweep, and Sri Lanka. Gusty winds up to 65 km/h (40 mph) are expected in parts of north Maharashtra and south Gujarat through Tuesday, December 5. 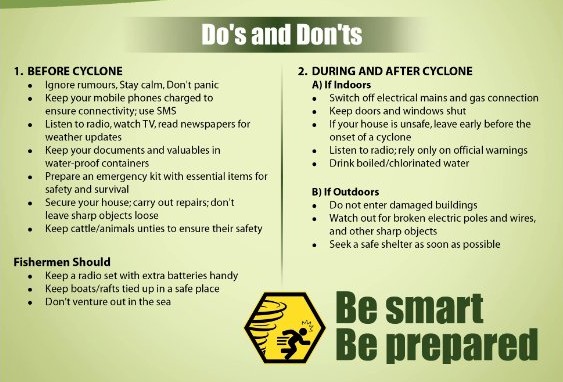 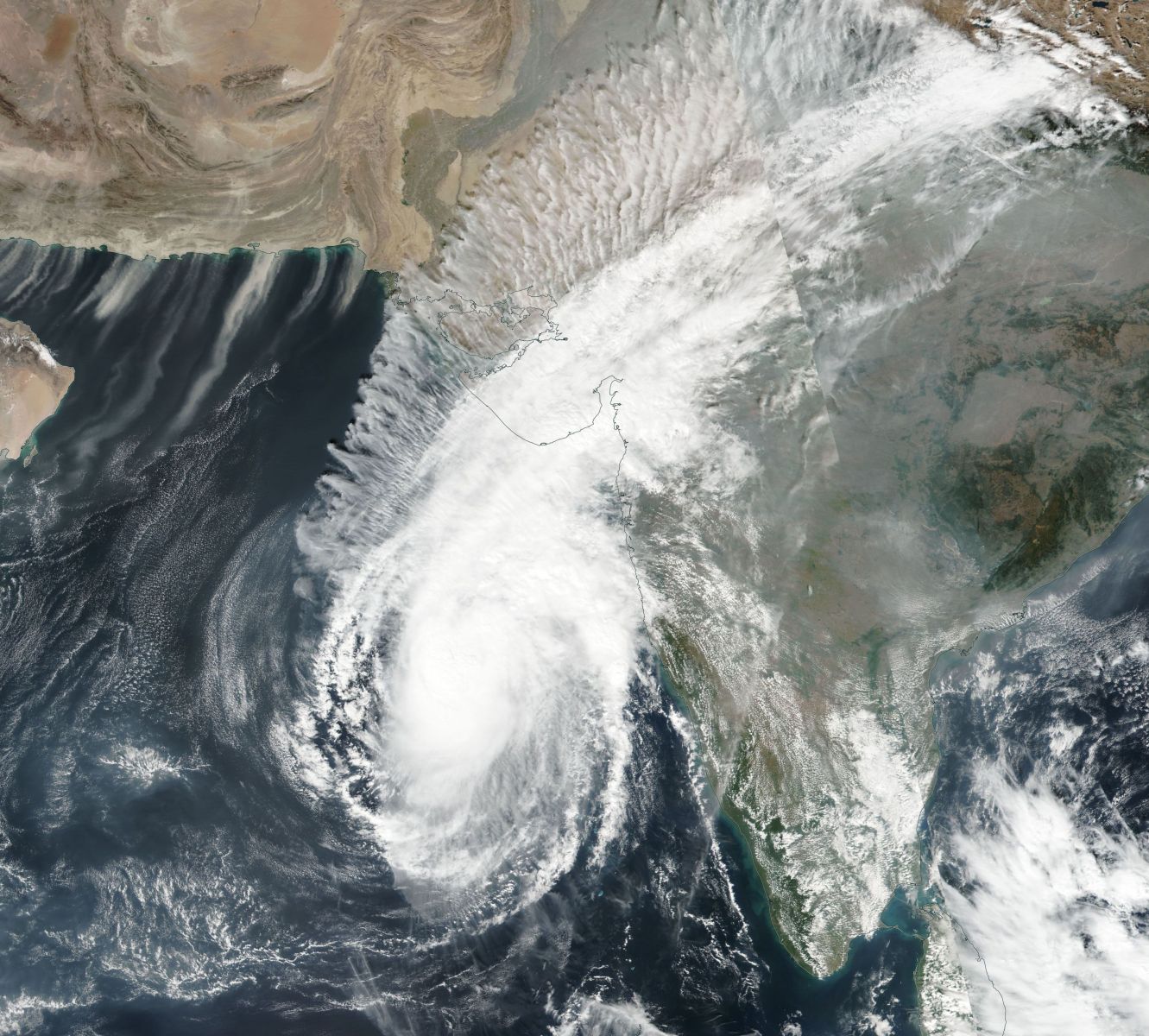 "As per our weather models, the intensity of the cyclone will weaken by the time it comes to south Gujarat and north Konkan over the next 48 hours," KJ Ramesh, IMD's director-general said. "The cyclone is currently moving towards the northwest of Lakshadweep over the Arabian Sea at the latitude of Goa. From Monday onwards, it will take a northeasterly course and move closer to the Maharashtra-Gujarat region."

"Rainfall activity is mostly expected in Gujarat. However, we will be updating our forecast every three hours to track real-time movement of the cyclone," Ramesh added.

As of 12:00 UTC on December 4, the center of Very Severe Cyclonic Storm "Ockhi" was located about 590 km (366 miles) SW of Mumbai and 770 km (478 miles) SSW of Surat, India. The system is expected to continue moving NNE, weaken gradually and cross south Gujurat and adjoining north Maharashtra coast near Surat as a deep depression by the night of December 5 (local time). 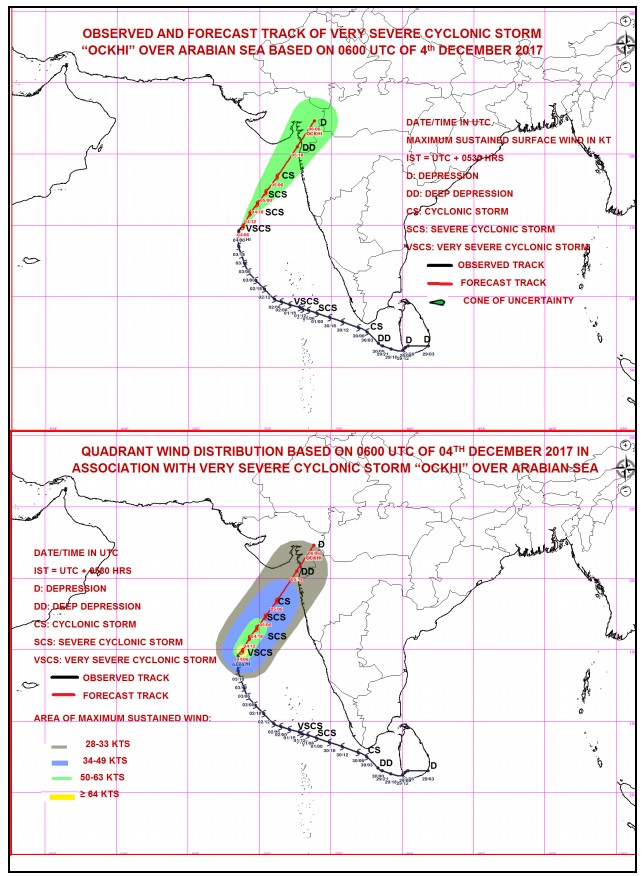 The estimated central pressure is about 984 hPa and the maximum sustained surface wind speed is 120 km/h (75 mph) with gusts to 139 km/h (86 mph). "State of sea is phenomenal around system center," RSMC New Delhi sates. 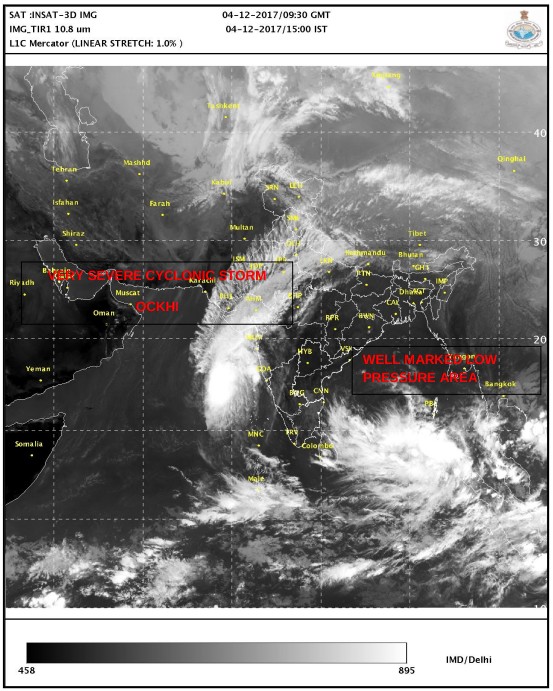 Meanwhile, a well-marked low pressure lies over the southeast Bay of Bengal and adjoining south Andaman Sea. It is very likely to become a depression over the southeast Bay of Bengal during the next 24 hours and further intensify into a deep depression during subsequent 48 hours. It is very likely to move WNW towards northern Tamil Nadu – south Andhra Pradesh coasts during the next 3 days.

With this new threat moving toward the coastline, IMD is urging farmers to shift their harvested paddy from the fields to safe places to avoid loss or damage.