Tropical Cyclone "Dahlia" formed south of Java, Indonesia late Wednesday, November 29, 2017, as the second named storm of the 2017/18 Australian region cyclone season. The season officially began November 1, 2017 and will end on April 30, 2018. On average, southern hemisphere sees only 3 named storms by November 29. With TC Cempaka still active when Dahlia formed, it was the first time in history that TCWC Jakarta territory had two tropical cyclones at the same time.

Tropical Low 03U was first noted as a tropical depression by TCWC Jakarta during November 24, while it was located about 1 500 km (930 miles) to the west of Jakarta, Indonesia. By November 29, TCWC Jakarta upgraded the system to a tropical cyclone, giving it the name Dahlia.

Since Tropical Cyclone "Cempaka" was still active when Dahlia was named, it was the first time in history that TCWC Jakarta had two cyclones formed and named in its territory.

Cempaka came very close to the coast of southern Java on Monday night, November 27, producing heavy rains, landslides and tornadoes. As of November 29, it was responsible for the deaths of at least 19 people. 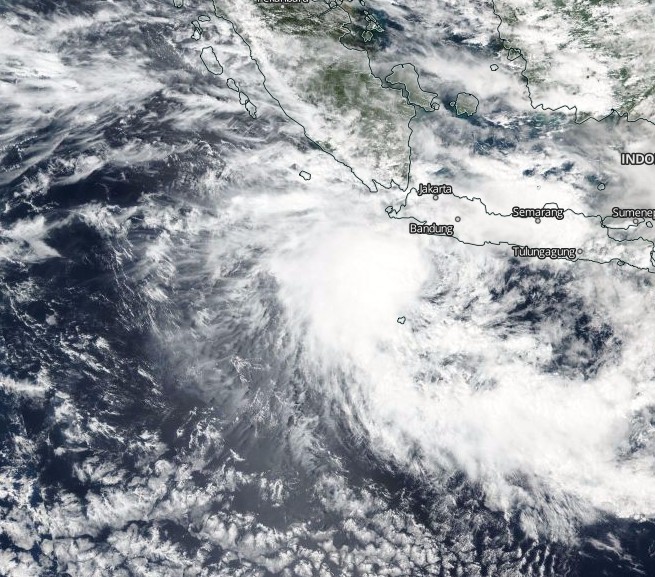 The system has already produced winds of up to 65 km/h (40 mph) and the speed is expected to increase to 93 km/h (58 mph) within the next 24 hours, BMKG said, urging all ships passing the Indian Ocean to send a report every three hours to update their situation to land authorities.

At 06:00 UTC today, the center of Tropical Cyclone "Dahlia" was located 309 km (192 miles) south of Jakarta. The system is moving east at a speed of 20 km/h (12.4 mph), away from Indonesia. Moderate to heavy rain is falling on the west coast of Bengkulu to Lampung, Banten, DKI Jakarta and West Java. 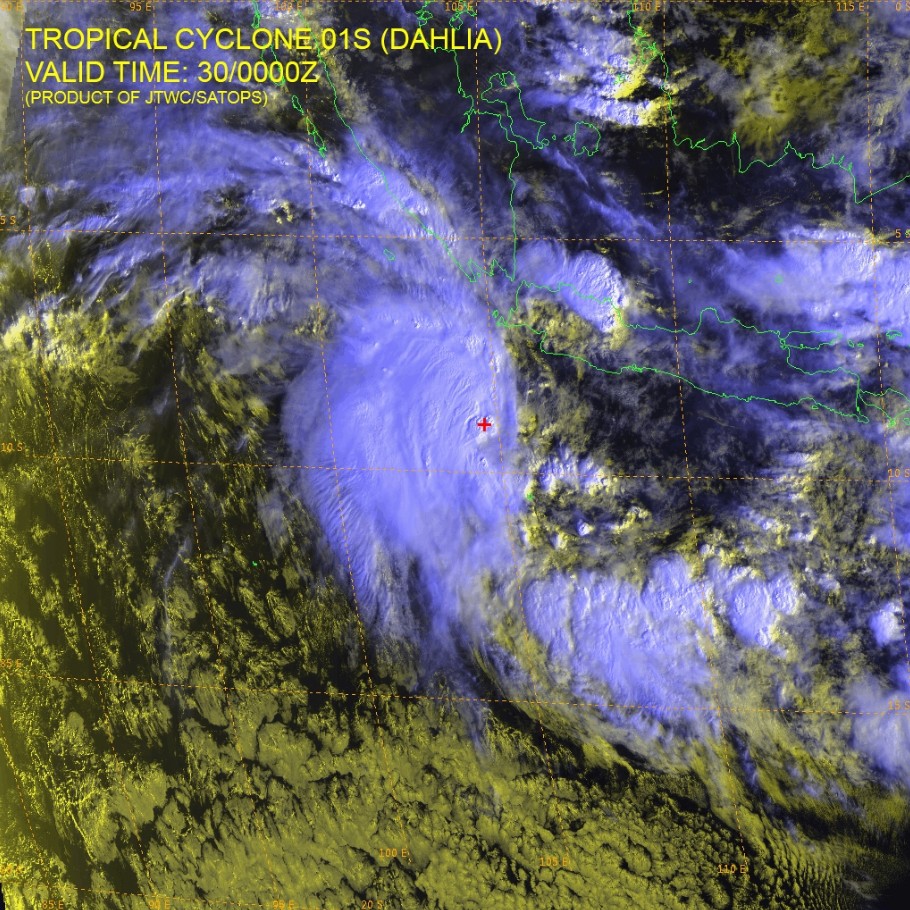 Dahlia is forecast to gradually intensify, reaching a peak intensity of 102 km/h (63 mph) within the next 48 – 72 hours. Thereafter, increasing shear induced by the mid-latitude trough is forecast to weaken the system.