Tropical Storm "Talim" formed September 9, 2017 in the Pacific Ocean and intensified into a typhoon late September 11. Although its yesterday's track took it over northern Taiwan and into SE China, today's track has drastically changed and Talim is now expected to approach China's Shanghai on September 15 and make a turn toward Kyushu, Japan where it is expected to make landfall on September 16. Talim might reach Tokyo on September 17.

Environmental analysis indicates the system is in an area of low vertical wind shear and is tracking through warm sea surface temperatures. The typhoon currently has strong poleward outflow channel enhanced by a TUTT cell located to the southeast.

Talim is expected to continue tracking northwestward in the Philippine Sea under the influence of the steering subtropical ridge. After the next 24 hours, Talim will begin to round the western edge of the ridge and turn more poleward, then northeastward after the next 48 hours.

Favorable environmental conditions will allow for rapid intensification leading to a peak intensity of 204 km/h (126 mph) around 15:00 UTC on September 14. After that, Talim will weaken as the western extent of the system interacts with the terrain of SE China and vertical wind shear increases.

Dynamic model guidance is in strong agreement through the next 48 hours. After that, model solutions gradually spread as the system recurves. Overall, there is high confidence in this portion of the JTWC track forecast. 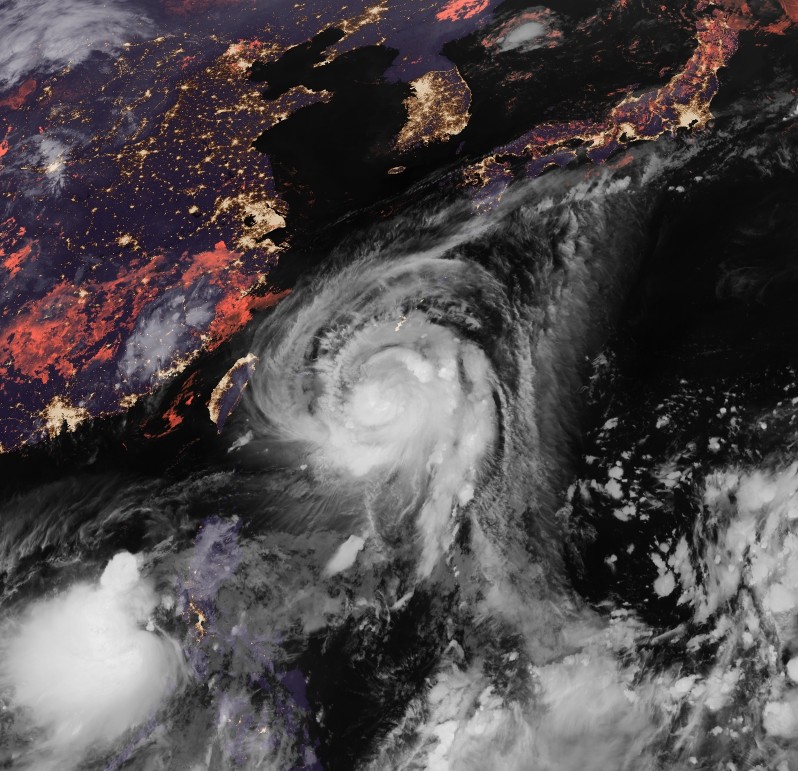 After the next 72 hours, Typhoon "Talim" is forecast to accelerate ENE and interact with the mid latitude through.

Talim is forecast to make landfall around midnight UTC on September 17 over Kyushu, Japan and track over Shikoku and Honshu and begin extra-tropical transition.