A large and geoeffective Active Region 2673 (beta-gamma) unleashed a moderately strong M1.2 solar flare at 05:49 UTC on September 4, 2017. The event started at 05:36 and ended at 06:05 UTC. The region increased 10-fold in a single day, suddenly becoming one of the largest regions of the year. It is currently located near the center of the Earth-facing Sun, making Earth-directed CMEs possible over the coming days.

There were no radio signatures that would suggest a Coronal Mass Ejection (CME) was produced during today's M1.2 flare. However, we are still waiting for coronagraph imagery to confirm. 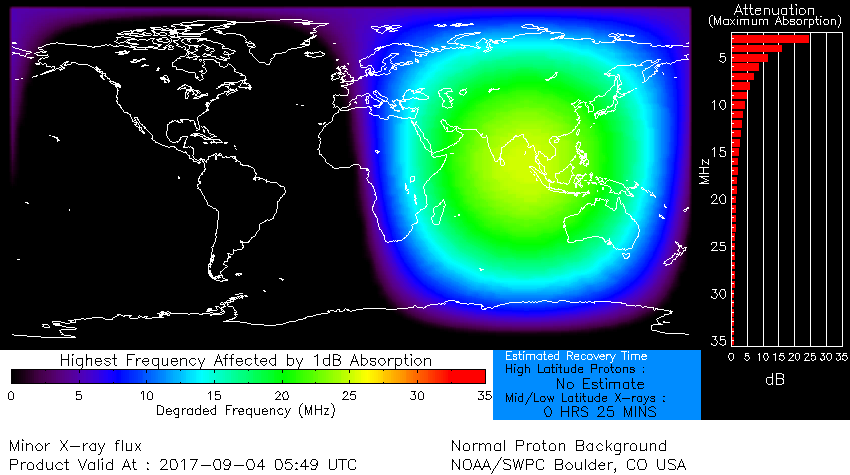 Region 2673, responsible for today's M1.2 and a series of C-class flares, grew vigorously in the past 24 hours with the intermediate spots contributing most of the development.

It now has a 'beta-gamma' magnetic configuration, making it capable of producing strong M-class solar flares.

Since the region is currently located near the center of the Earth-facing Sun, moderately-strong shortwave radio blackouts are possible and CMEs produced by this huge region would be Earth-directed. 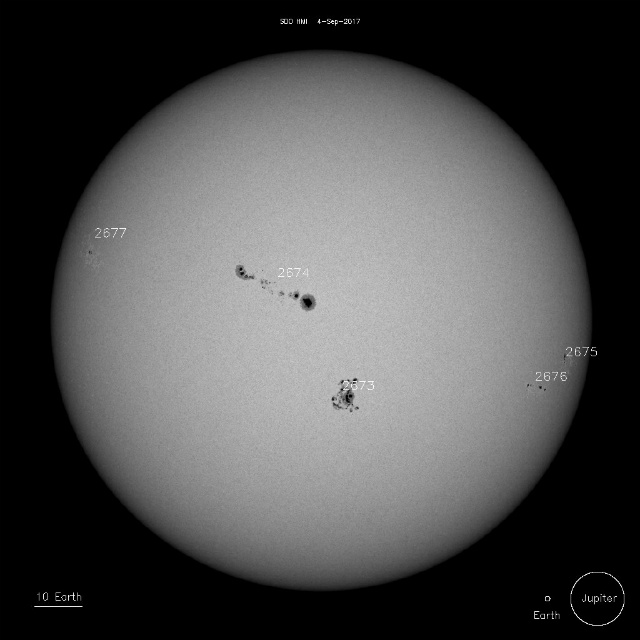 "On Saturday, September 2, AR 2673 was an unremarkable speck largely ignored by forecasters," SpaceWeather's Dr. Tony Phillips reports. "On Sunday, September 3, it underwent a furious transformation, expanding more than 10-fold in a single day and suddenly becoming one of the largest sunspots of the year. "

Earth-directed CMEs are possible today and in the days ahead.