Heavy rain resulted in significant flooding in the U.S. Midwest over the week of July 7 to 14, 2017. Using satellite data, NASA estimated the amount of rain that fell over those areas and used satellite data to create 3-D imagery of severe storms.

NASA's Integrated Multi-satellite Retrievals for GPM (IMERG) data were used to show estimates of rainfall accumulation in the Midwest during the period from July 7 to 14, 2017. The analysis was conducted at NASA’s Goddard Space Flight Center in Greenbelt, Maryland, and indicates that parts of Wisconsin, Illinois, Indiana and Ohio had the highest rainfall totals during the period with more than 152.4 mm (6 inches) of rain being seen in many areas. 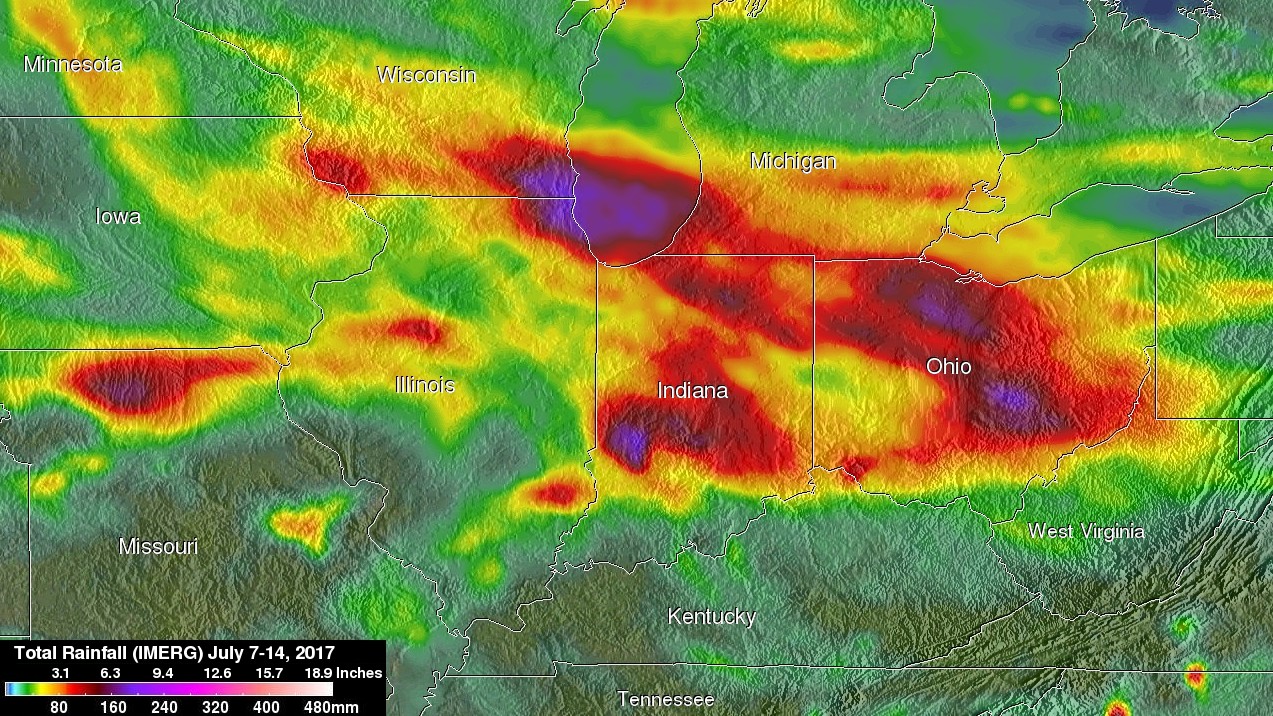 This NASA IMERG rainfall calculation from July 7 to 14, 2017, shows the highest rainfall totals occurred in parts of Wisconsin, Illinois, Indiana and Ohio with more than 152.4 (6 inches) of rain being seen in many areas. Credits: NASA/JAXA, Hal Pierce

On July 9, 10 and 11, severe thunderstorms spawned tornadoes in the Midwest. The Global Precipitation Measurement mission, or GPM, core observatory satellite flew above the area when tornadoes were being sighted in northeastern Indiana and northwestern Ohio storms on July 10 at 21:01 EDT (July 11 at 01:01 UTC). One of those tornadoes was spotted in Huntington County, Indiana, at almost the same time that the satellite was scanning that area.

At NASA Goddard a 3-D view of the rainfall structure in the July 10 storm was constructed using data collected when GPM's Dual-Frequency Precipitation Radar (DPR) instrument scanned the storm. Those GPM radar data showed that a few powerful thunderstorms had tops that were reaching altitudes above 14.7 km (9.1 miles). Rain was measured by GPM's Radar (DPR Ku Band) falling at a rate of more than 64 mm (2.5 inches) per hour. 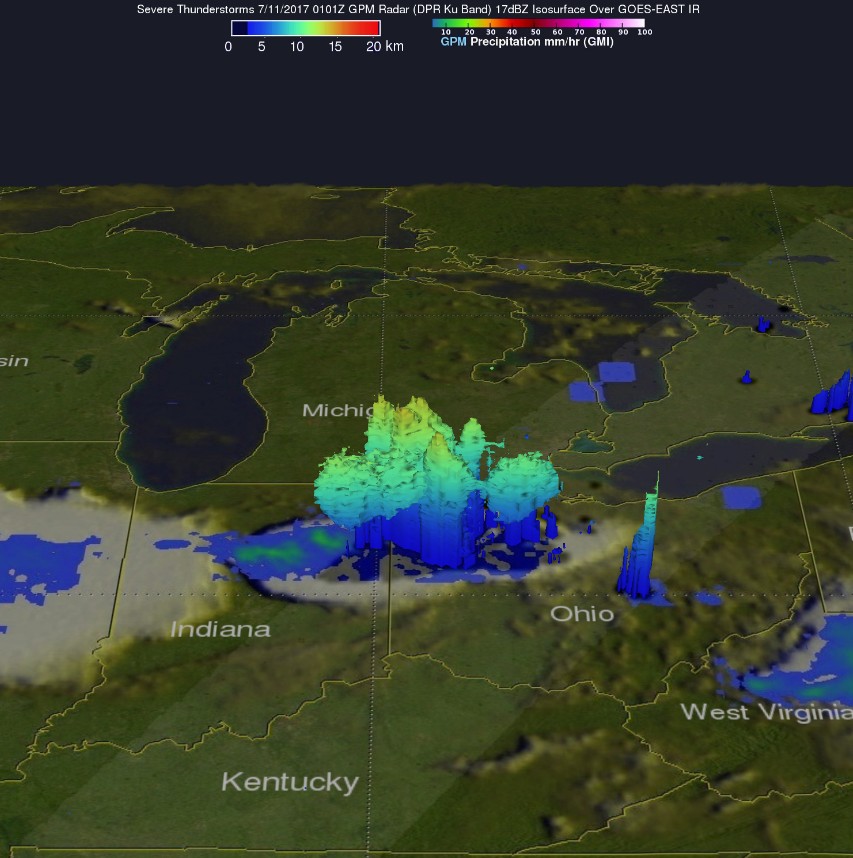 At NASA Goddard a GPM satellite 3-D view of the rainfall structure in July 10 storm showed that a few powerful thunderstorms had tops that were reaching altitudes above 14.7 km (9.1 miles) and rain falling at a rate of more than 64 mm (2.5 inches) per hour. Credits: NASA/JAXA, Hal Pierce

Water from the storms over those seven days flowing into the Fox River in northeastern Illinois caused serious flooding in that area. Central Indiana and central Ohio have also had remarkable flooding.

On Friday, July 14 NOAA’s National Weather Service in Milwaukee issued a flood statement for the Fox River at Burlington and near New Munster in addition to the Root River Canal at Raymond.