This quake did not generate a tsunami. 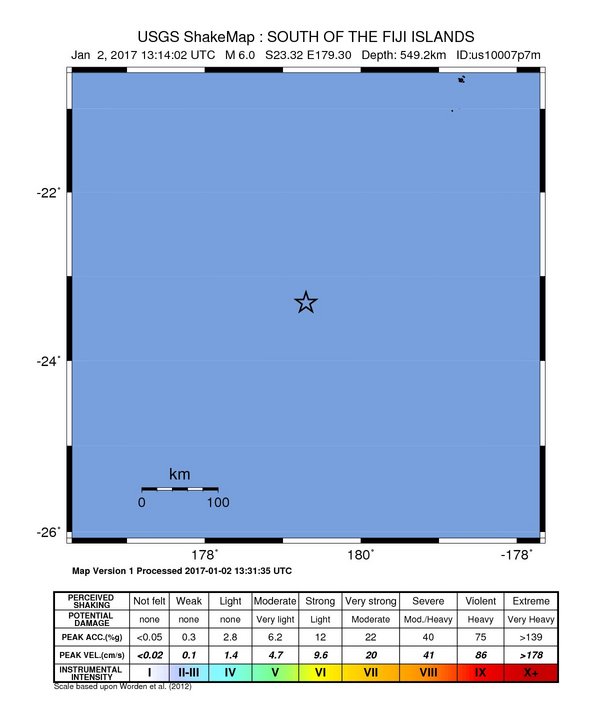 There are likely to be no affected structures in the region.

Australia-Pacific convergence rates increase northward from 60 mm/yr at the southern Kermadec trench to 90 mm/yr at the northern Tonga trench; however, significant back arc extension (or equivalently, slab rollback) causes the consumption rate of subducting Pacific lithosphere to be much faster. The spreading rate in the Havre trough, west of the Kermadec trench, increases northward from 8 to 20 mm/yr. The southern tip of this spreading center is propagating into the North Island of New Zealand, rifting it apart. In the southern Lau Basin, west of the Tonga trench, the spreading rate increases northward from 60 to 90 mm/yr, and in the northern Lau Basin, multiple spreading centers result in an extension rate as high as 160 mm/yr. The overall subduction velocity of the Pacific plate is the vector sum of Australia-Pacific velocity and back-arc spreading velocity: thus it increases northward along the Kermadec trench from 70 to 100 mm/yr, and along the Tonga trench from 150 to 240 mm/yr.