Between 11:28 UTC on October 24 and 13:00 UTC on October 25, EMSC registered a total of 6 earthquakes in Wallis Kanton, Switzerland. The strongest one was recorded as a M4.1 at a depth of 8 km (5 miles). Residents reported no damage. 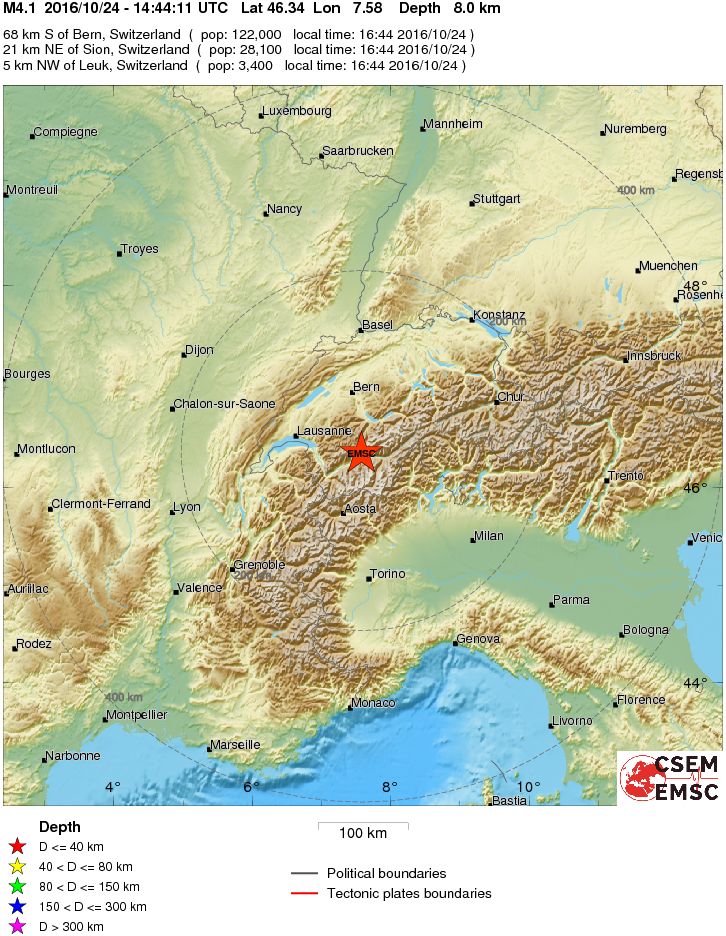 The Swiss Seismological Service reported the strongest at an M4.2 at the same time. The earthquake has likely been felt across large portions of Switzerland, and its intensity was capable of causing light damage in the vicinity of the epicenter.

According to media reports, numerous residents rang the police, although no damage was reported. 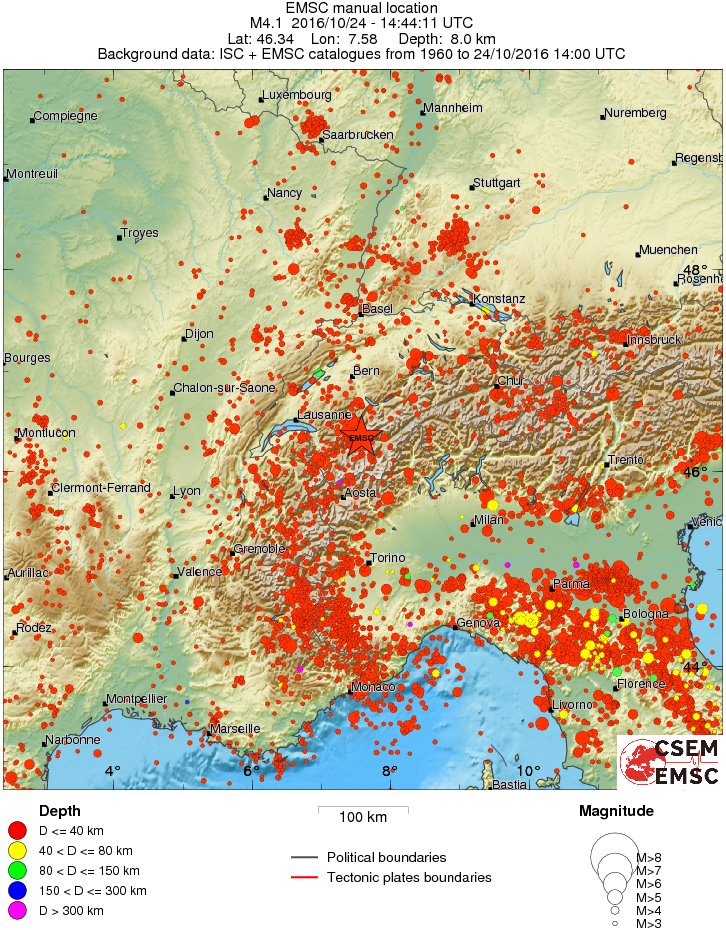 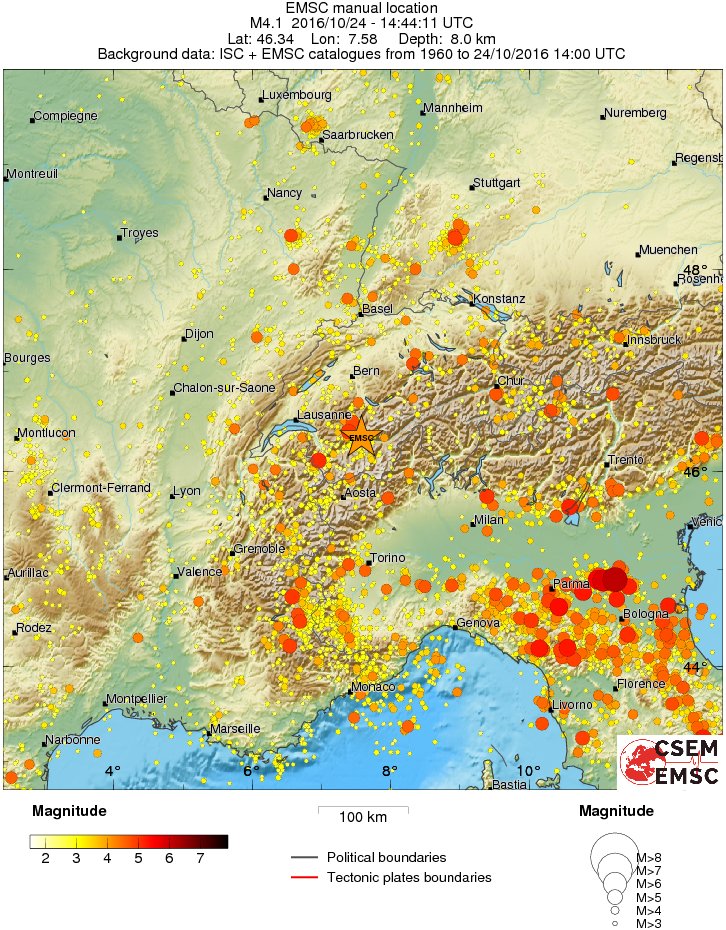 Between 500 and 800 earthquakes per year are recorded in Switzerland, only ten of which are in the range between M3.0 and M4.0.However, the majority are very light and are hardly felt.

The latest earthquake stronger than M4.0 occurred in 2013.

According to scientists, this means another large earthquake will likely not occur before 2040.