Heavy rainfalls, that have been affecting parts of Andalusia, Spain since October 21, 2016, have triggered severe flooding in all regions. 562 weather-related incidents have been reported, homes and business have been inundated, the waters have disrupted traffic and flooded roads, one person has been reported dead and two people have been rescued from a flooded vehicle.

All eight provinces of Andalusia have been inundated while the worst affected has been Seville, the Floodlist reported. Over 60 mm (2.36 inches) of precipitation was reported in a 24 hour period between October 21 and 22 in at least four places in Seville. 85.4 mm (3.36 inches) was observed in Carrión de los Céspedes while 120 mm (4.72 inches) was reported in Rota in Cádiz, at the same time. 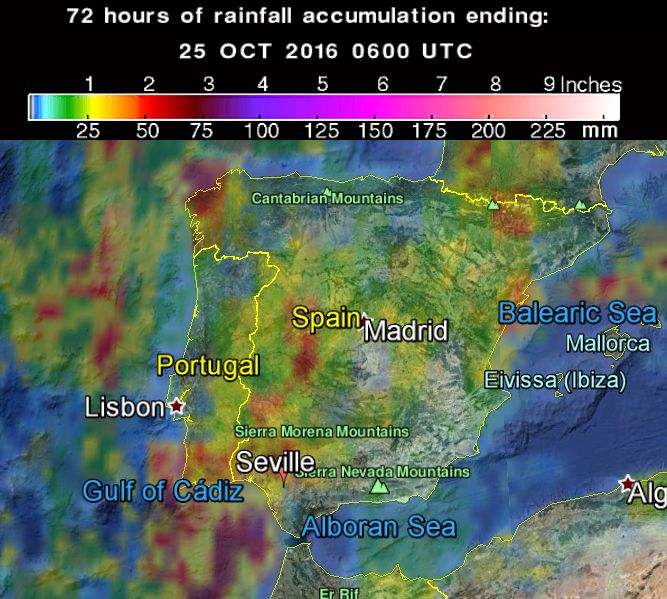 According to Andalusia's Emergency Coordination Center, 562 incidents were reported, 466 of which in Sevilla alone, 39 in Cádiz, 19 in Huelva, 18 in Malaga, 9 in Granada, 4 in Almeria, 4 in Cordoba and 3 in Jaen. More than 20 municipalities have been affected in Sevilla only.

As of early October 21, rainfall warnings in the range from yellow to orange were issued by Agencia Estatal de Meteorología (AEMET).