Typhoon "Chaba" lashed parts of Japan and Korea with heavy rainfall and strong winds, leaving thousands of people without power, and setting new wind speed records for the Kume-Jima region. Two people died, and one was reported missing in South Korea. The tropical storm is currently weakening and will become extratropical over the next 12 hours.

Tropical Storm "Chaba" formed in the Pacific Ocean west of Guam on September 29, 2016, and intensified into a super typhoon by early October 3, during its last hours of approach to the Japanese Okinawa Islands.

4 000 of homes in Okinawa reported power loss following the typhoon's passage. The wind gusts up to 215 km/h (133.6 mph) have been recorded at the height of the storm on Kume-Jima, setting an all-time record for the region. Despite this, there have been only limited reports of infrastructural damage and injuries, including torn rooftops and overthrown cars.

Chaba then approached the southern parts of South Korea with violent wind and heavy rain on late October 4, killing at least three people and flooding the country's main port and industrial sites and disrupting production at some factories.

The storm hit the island of Jeju overnight and one person was reported missing amid widespread power outages and damage to homes and other buildings. Twenty-six flights linking the holiday island to the mainland and to China were canceled, Reuters reported.

Chaba continued affecting South Korea and Japan as it moved over the Sea of Japan on October 5.

The system is now starting to interact with a strong jet stream thus rapidly becoming extra-tropical. Chaba was expected to produce winds up to 180 km/h (111.8 mph) and intense rainfall along Busan, Fukuoka, and Hiroshima during the morning hours of October 5 (local time), and leave Japan by the morning of October 6, Westpacwx reported. 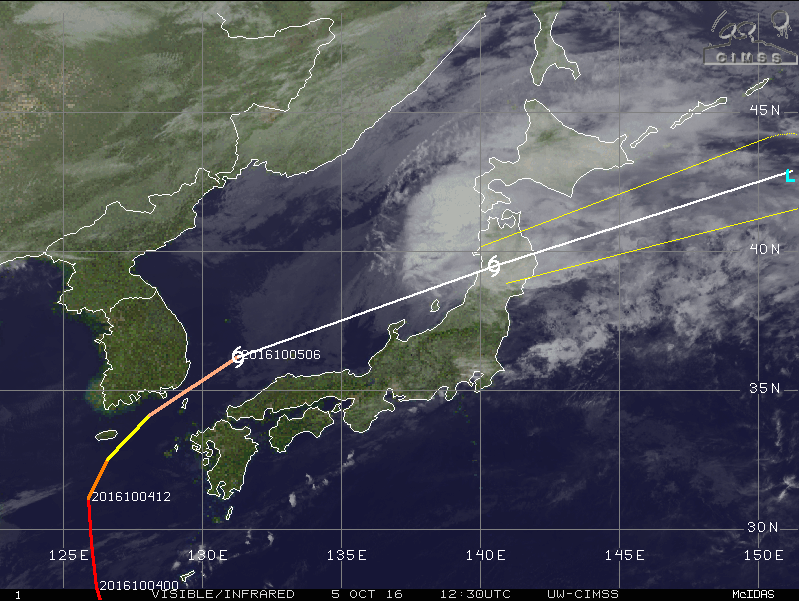 Chaba is almost entirely embedded in the baroclinic zone and is expected to become fully extratropical over the next 12 hours, according to the JTWC forecast. As the system travels northwest, the drier and cooler air from Siberia will start to move in, possibly bringing snowfall to Hokkaido. 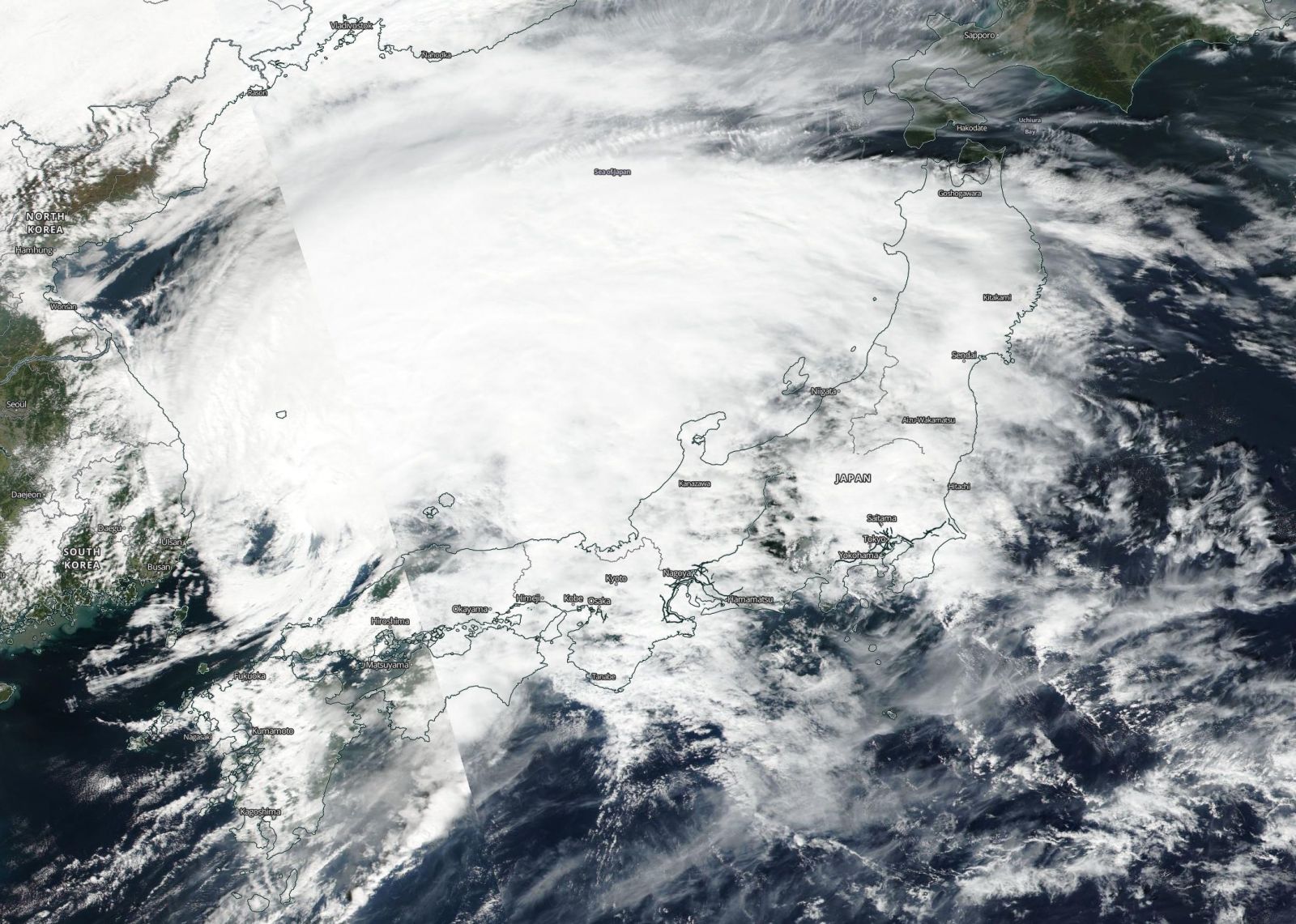