Tropical Depression 20W formed on September 23, 2016, and strengthened into Typhoon "Megi" around 12:00 UTC on September 24. Megi is expected to make two landfalls over the next couple of days. The first over Taiwan around 06:00 UTC on September 27 and the second about 24 hours later near the border of Chinese provinces of Guangdong and Fujian.

Slight intensification is expected during the next 24 hours and Megi will reach a peak intensity of 185 km/h (115 mph).

The typhoon will weaken after it makes landfall over the mountainous region of central Taiwan around 06:00 UTC on September 27, and emerge over water off the western shore of Taiwan, reorganizing as a tropical storm.

Southern and eastern Taiwan have been recently hit by the Super Typhoon " Meranti and the more recent Malakas.

Meranti caused an estimated NT$2.2 billion in damages to agriculture, forestry, fishing and livestock, which hit Kaohsiung, Pingtung and the offshore island of Kinmen especially hard. Residents of eastern Taiwan are attempting to rebuild before this week's storm, The China Post said. 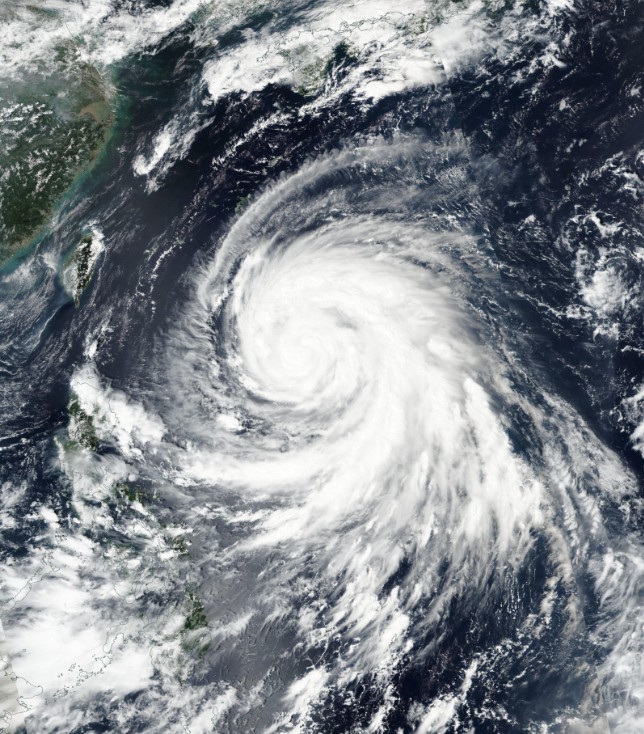