According to JMA, the quake had seismic intensity of 7 (Shindo 7), the highest on their scale.

USGS issued a yellow alert for shaking-related fatalities. Some casualties are possible.

Red alert was issued for economic losses. Extensive damage is probable and the disaster is likely widespread. Estimated economic losses are less than 1% of GDP of Japan. Past events with this alert level have required a national or international level response.

JMA is registering strong aftershocks in the region. Another M6.4 at a depth of 10 km hit at 15:03 UTC. This quake had seismic intensity of 6+. 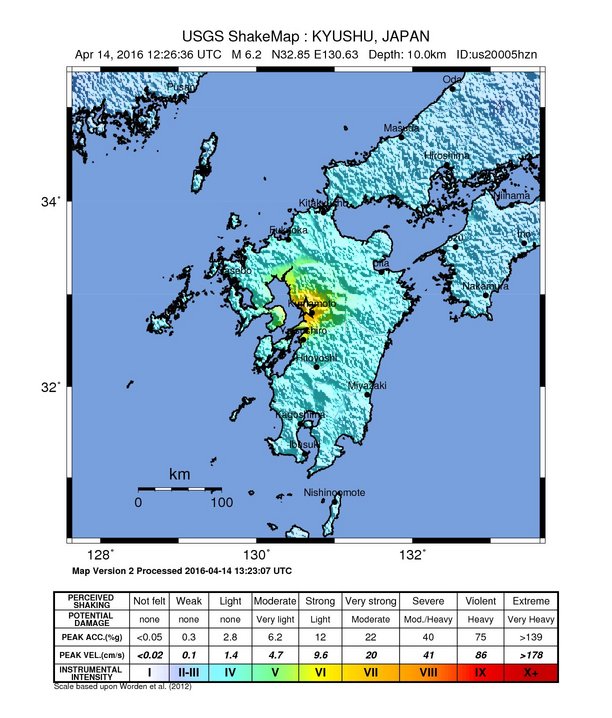 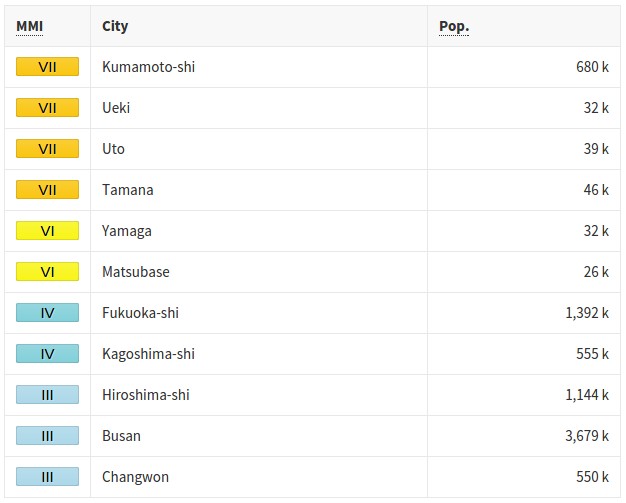 The region didn't experience earthquake this strong in a couple of years.

See this video taken by a tower cam located in Kumamoto, Western Japan during the quake.

According to NHK World, several people are reportedly trapped under collapsed houses with several traffic lights down after the earthquake. There is also a fire in Mashiki Town near the quake. 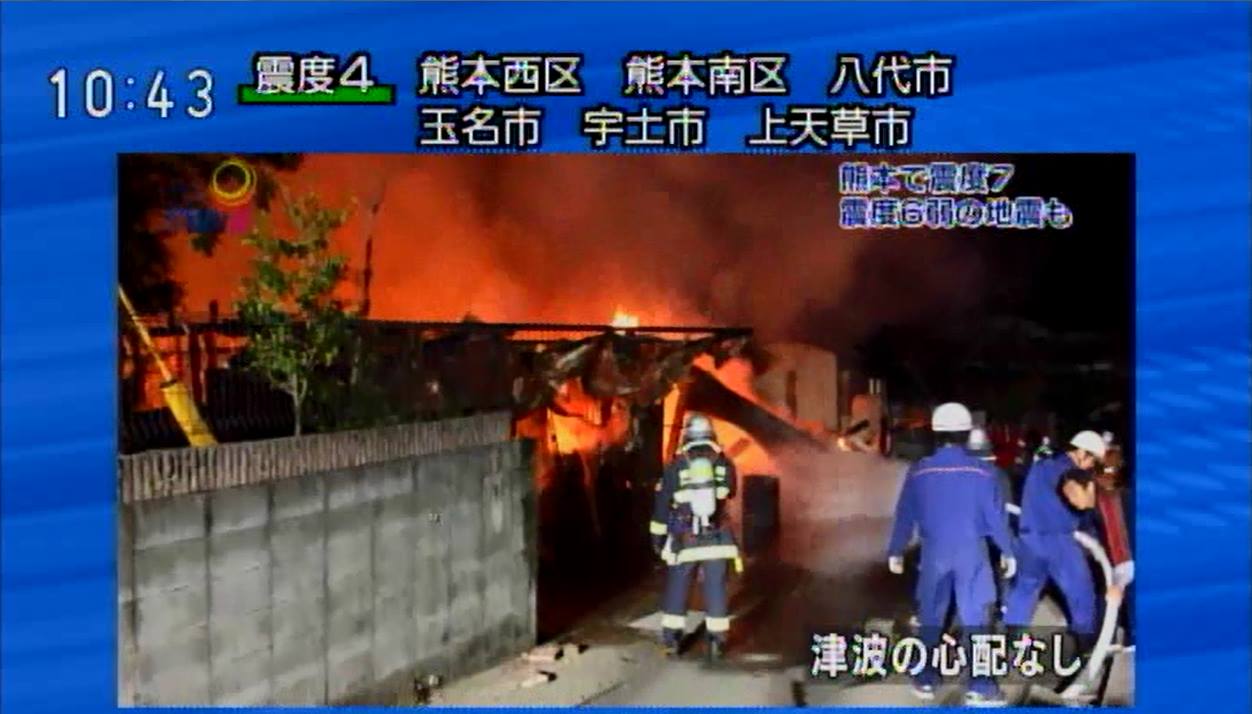 The Genkai nuclear plant in Saga Prefecture has been suspended. 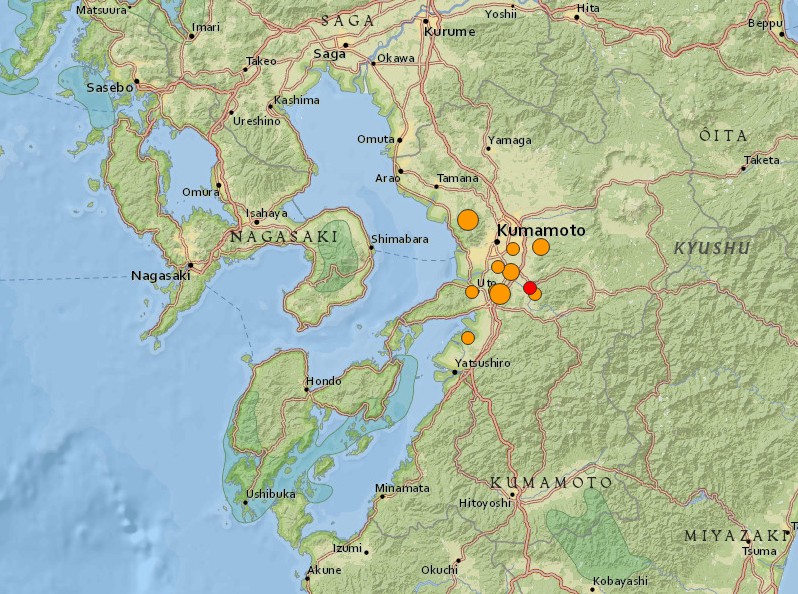 At least 9 people have died, ~900 have been treated in hospitals, more than 13 000 are in evacuation centers, according to officials.