A new research by Stanford scientists, based on California's deadly 1812 earthquake, demonstrates how the rupturing of multiple faults in California can trigger even more powerful quakes.

It was assumed previously that infamous San Andreas Fault was the sole cause for the M7.5 quake of December 8, 1812, on of the biggest in the history of California. But new research implicates an accomplice – the lesser-known, nearby San Jacinto Fault, whose potential for provoking serious quakes in tandem with the San Andreas has been underestimated.

Julian Lozos, the author of the study published on March 14, 2016 in Science Advances, said: "This study shows that the San Jacinto Fault is an important player that can influence what the San Andreas Fault is doing and lead to major earthquakes. It's important that we learn more about how activity on any single fault can affect other faults."

He then compared the simulations' results to geologic records of slip in prehistoric earthquakes on both faults. Because the 1812 quake occurred before instruments existed to record its severity, Lozos also looked to early 19th-century historical records, jotted down by Catholic missionaries from Spain. The missionaries reported varying degrees of ground shaking and damage at their several outposts, including the collapse of a stone church at Mission San Juan Capistrano that killed 40 people. Lastly, Lozos accounted for present-day examples of boulders precariously balanced atop other rocks in the region, a phenomenon seismologists cleverly use to gauge where an earthquake's local shaking had not been violent enough to topple the delicate rocky arrangements.

Altogether, the evidence suggested that the San Jacinto Fault slipped first somewhere between the cities of Moreno Valley and San Jacinto. The rupture propagated north and crossed over to the San Andreas Fault near a location called the Cajon Pass, between the San Bernardino and San Gabriel mountains, where the two fault lines run as close as 1.5 km (0.93 miles). Together the ruptured faults set Southern California ashudder that early December day.

Lozos' research could help in future preparations of the Uniform California Earthquake Rupture Forecast, or UCERF. Spearheaded by the USGS, these reports project the likelihoods for major earthquakes occurring in California over several decades.

The most recent forecast, UCERF3, took into account some of the newer scientific appreciations of multi-fault ruptures. As a result, the estimate for the likelihood that California will experience a magnitude 8 or larger earthquake by 2045 has increased from about 4.7% for UCERF2 to about 7.0% for UCERF3.

“The new likelihoods are due to the inclusion of possible multi-fault ruptures, where earthquakes are no longer confined to separate, individual faults, but can occasionally rupture multiple faults simultaneously,” said USGS scientist Ned Field. “This is a significant advancement in terms of representing a broader range of earthquakes throughout California’s complex fault system.” 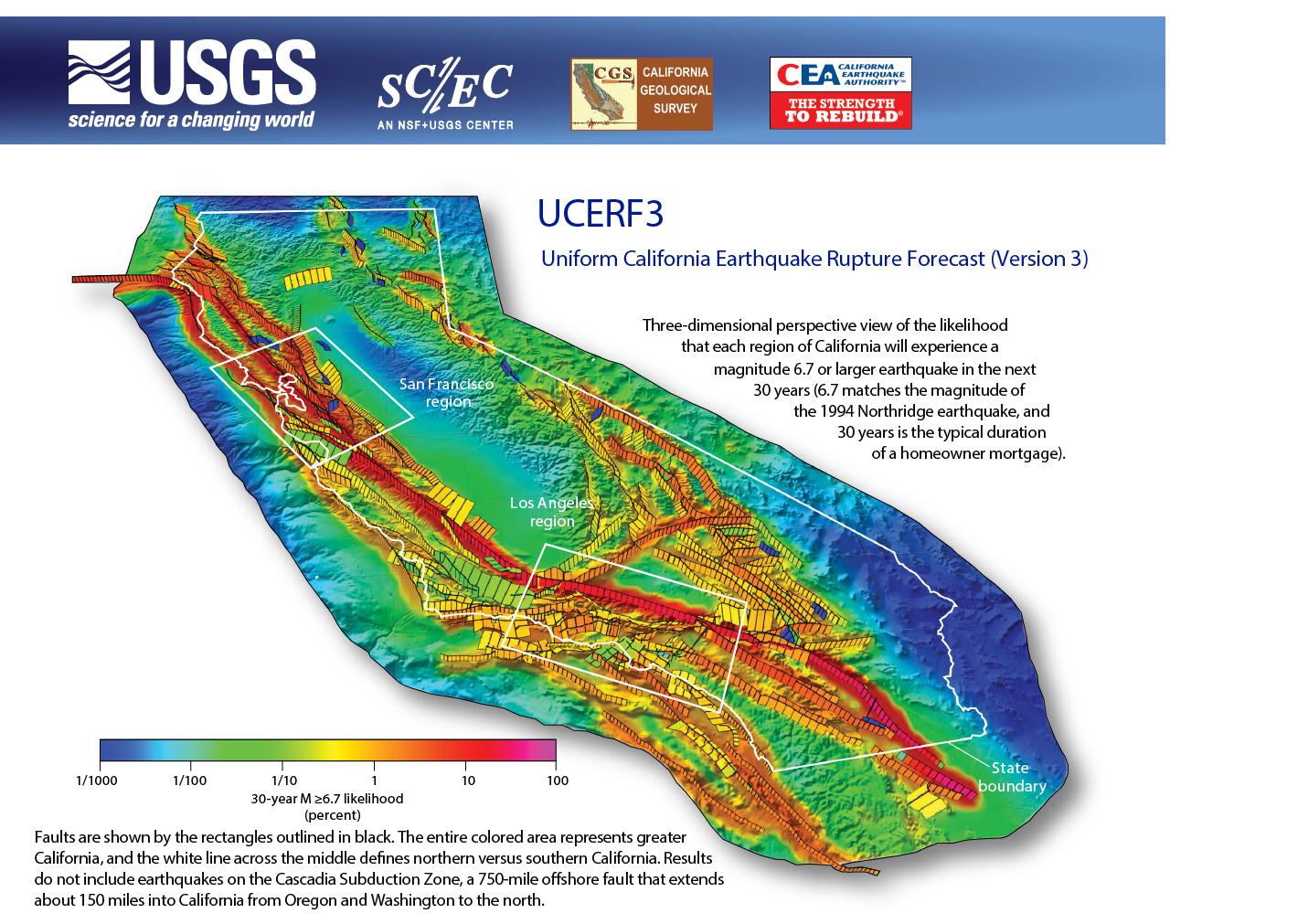 "People shouldn't just be thinking about the San Andreas Fault," Lozos said. "There are lots of other faults, so it's important for everyone in the regions at risk to have their earthquake kits ready."