A tropical low that formed in the Gulf of Carpentaria late March 15 (TC 16P/JTWC) has moved rapidly eastward and made landfall on the western coast of Cape York Peninsula, Queensland, Australia around 06:00 UTC on March 16. The main impact of this system is widespread rainfall with the potential for flooding. 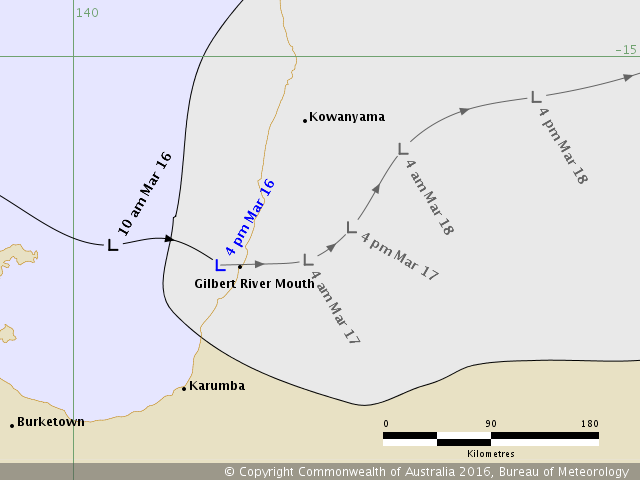 In their Tropical Cyclone Warning #1 for this system (TC 16P) issued 03:00 UTC today, JTWC warned there is a possibility for the remnants of TC 16P to re-emerge over the Gulf of Carpentaria or continue east to the Coral Sea in the coming days.

In this scenario, there is a small potential for a significant tropical cyclone to redevelop following the anticipated near-term dissipation over the Cape York Peninsula. 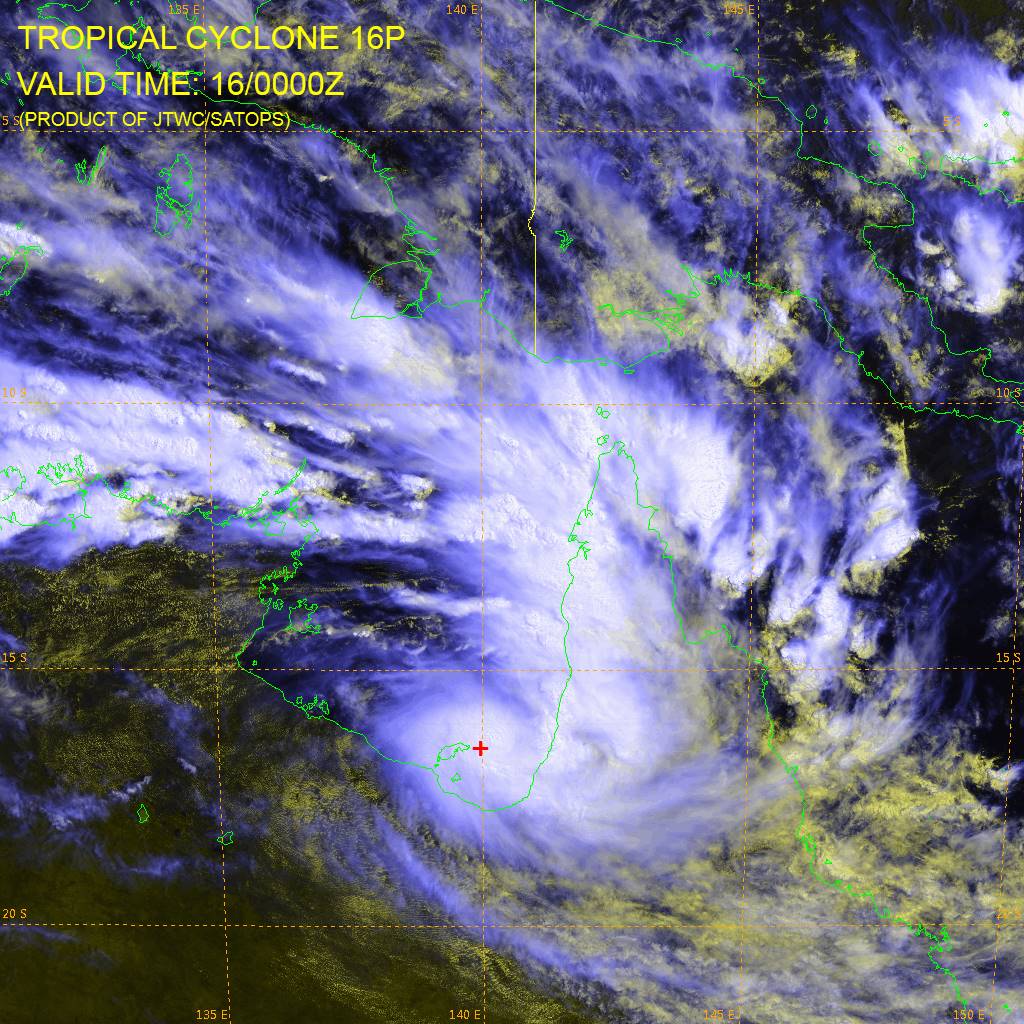 The main impacts of this system are likely to be widespread rainfall and storms with the potential for flooding, BOM warned. 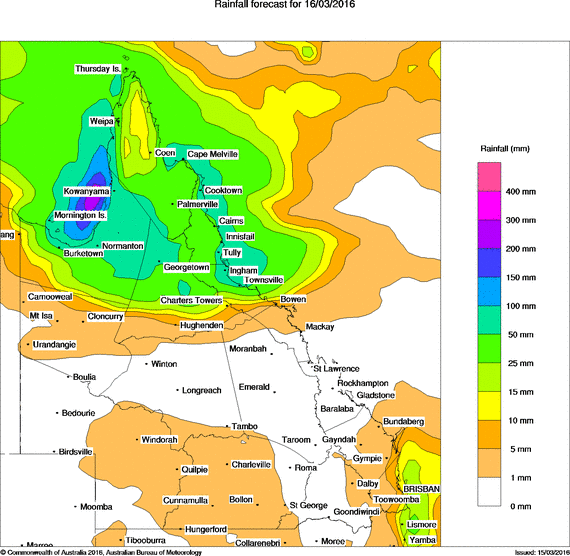 As the system moves east toward the Coral Sea, Queensland's tropical coast can also expect significant falls from Cooktown to south to Port Douglas, Cairns, Innisfail, Mission Beach, Cardwell and Ingham with Townsville on the southern fringe.

The Bureau has issued a Flood Watch. See www.bom.gov.au/qld/warnings to view the current flood warnings for Queensland.