USGS scientists have found algal toxins known as microcystins in 39% of streams assessed in Alabama, Georgia, North Carolina, South Carolina and Virginia. The results will become part of a larger, systematic national survey of algal toxins in small streams of the United States.

Cyanobacteria are photosynthetic microorganisms that are present in streams, lakes, wetlands, and oceans worldwide. They are known to intermittently produce toxins (cyanotoxins) that can have adverse effects on a wide range of organisms including bacteria, algae, insects, plants, bivalves, fish, and humans, but the factors that trigger toxin production are not well understood.

Microcystins are among the most commonly reported and widely studied cyanotoxins, and concerns are growing due to apparent increases in the frequency and severity of human and ecological health effects.

Public health practitioners and medical researchers have observed a range of symptoms in humans after exposure to microcystins. Symptoms can include nausea, dermatitis and, in severe cases, liver failure. Health issues caused by microcystins have been reported for humans, companion animals, livestock and wildlife. 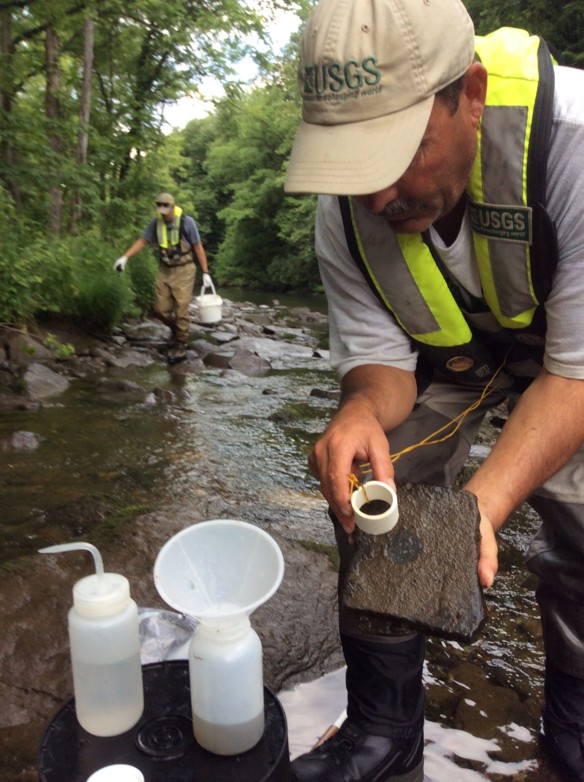 Although the maximum microcystin concentration measured in this study (3.2 µg/L) did not exceed World Health Organization moderate risk thresholds (10 µg/L) in the streams sampled, further research is needed to understand the potential effects on water quality and related environmental health concerns in downstream aquatic ecosystems, lakes and drinking water reservoirs.

This is the first of several regional assessments of algal toxins, which will provide context for the design of future environmental health studies. These studies will investigate land-use and other factors that may influence or create new environmental pathways of exposures to cyanobacteria and associated toxins.

Ongoing work by the USGS in the Pacific Northwest and planned work in the northeastern United States and California will expand our understanding of cyanobacteria and toxins in a wider variety of aquatic ecosystems. 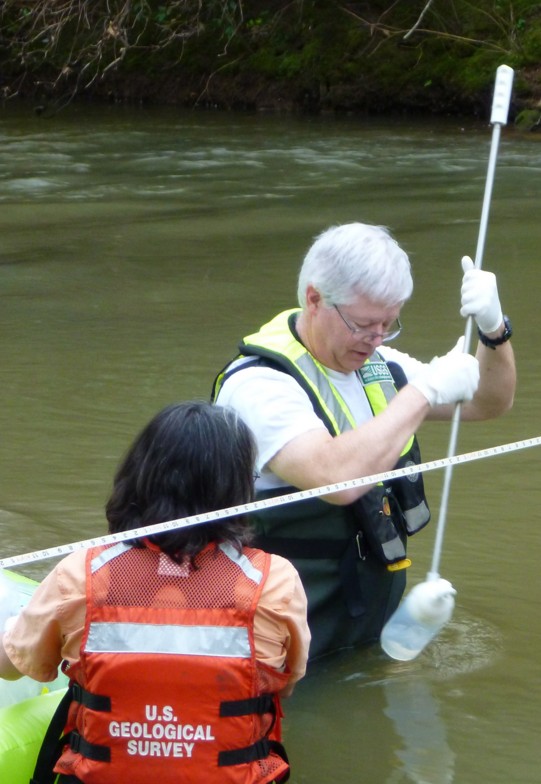 Previous research indicated that cyanobacteria, a form of algae capable of producing microcystins, were found in 74 percent of the streams assessed throughout the southeastern United States. However, that research did not include the study of microcystins.

The environmental health significance and causal factors controlling the distribution and magnitude of microcystin occurrence remains poorly understood. Baseline data from these regional studies are being used to inform new research designed to improve those understandings and will be focused on investigations of land use and other factors that may affect or create new environmental pathways of exposure to cyanobacteria and associated toxins.