Reported flooding resulted from a period of severe weather over the last couple of days. 180 lightning strikes have been reported in the Central Otago district, and three of these struck the local houses. Rough seas and intense waves have been observed in the Auckland area.

67.8 mm (2.7 inches) of rain was recorded at Nelson airport on February 17, according to the Meteorological Service of New Zealand. For comparison, the average rainfall total for February is 46 mm (1.8 inches). 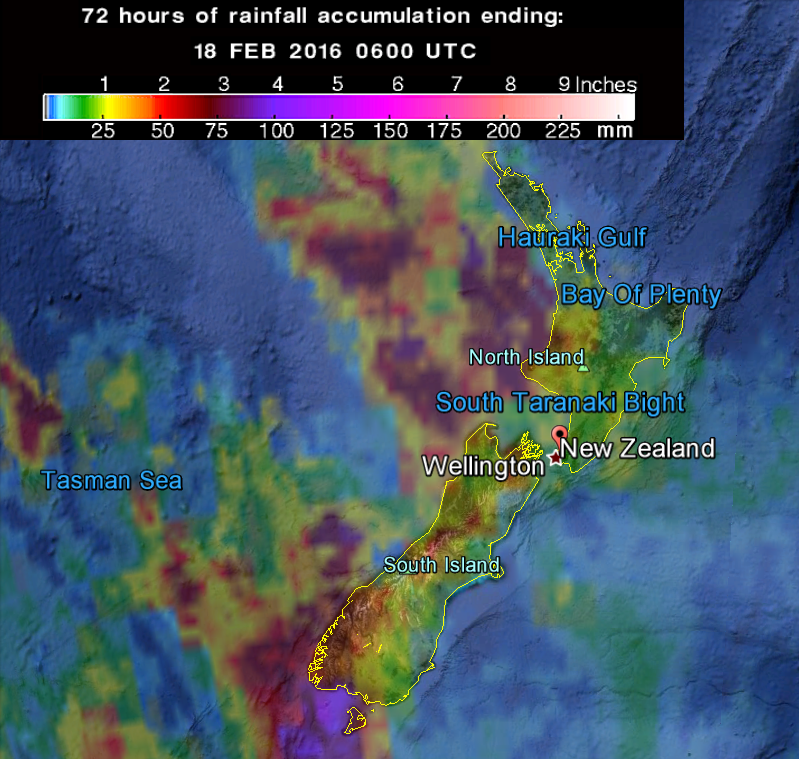 Civil defence reported even more extreme rainfall in localised areas: "Parts of Nelson Tasman were drenched by more than half a meter (1.6 feet) of rain over the past 48 hours. 528 mm (20.8 inches) was recorded at the Paradise rain gauge in the hills behind Takaka."

The Anatoki River has overflowed parts of the Golden Bay, while Wairoa brought severe flooding to the Brightwater area where several roads had to be closed. Ferntown, Waitapu Splash, Upper Takaka and Lindsay's Bridge also reported flooding.

Luckily, no evacuations or injuries from weather-related incidents were reported. More detailed reported on the flood damage is expected, as the situation ic currently being assessed.

"Heavy rain and thunderstorms are expected about Fiordland, Westland and Buller through to Friday morning, where another 150-250 mm (5.9-9.8 inches) could accumulate on top of what has already fallen on the ranges of Westland. Heavy rain is forecast to continue in Bay of Plenty through Friday afternoon, where 150 mm (5.9 inches) could accumulate over a 30 hour period."