NASA's scientists obtained images of a huge jet of particles blasted from a supermassive black hole at the center of the Pictor A galaxy. The continuous X-ray emission spread across the distance of 300 000 light years which is three times the diameter of Milky Way.

The Pictor A galaxy is located almost 500 million light years from Earth. A supermassive black hole at its center releases a huge amount of gravitational energy towards the event horizon, the point of no return for the swallowed material. The energy produces a giant beam of particles traveling into the intergalactic space at almost light speed. 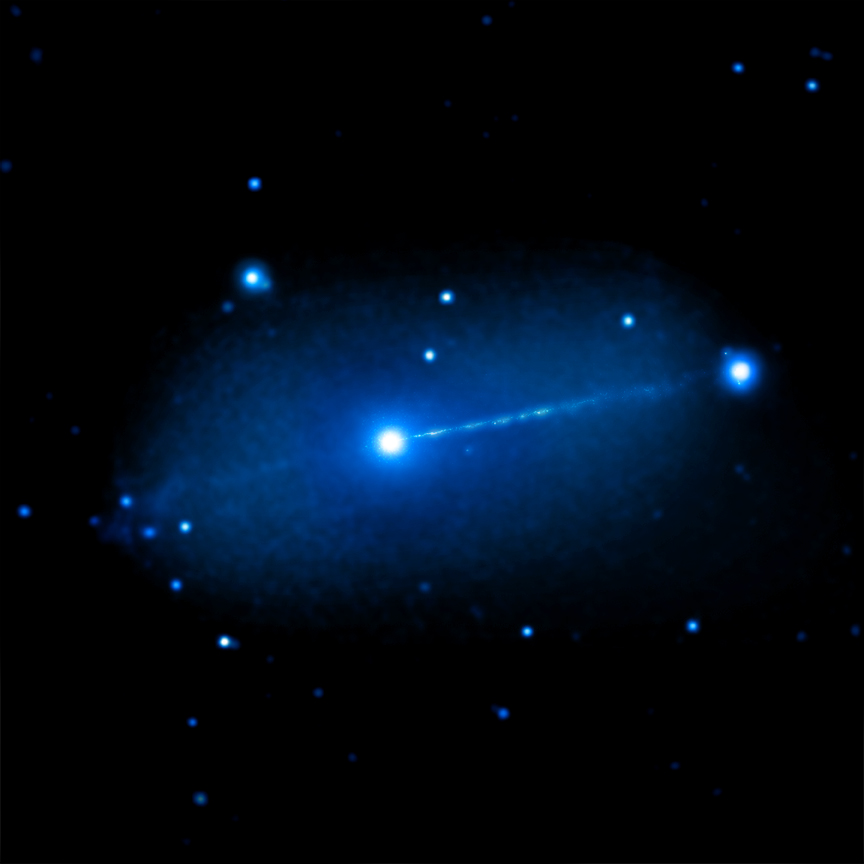 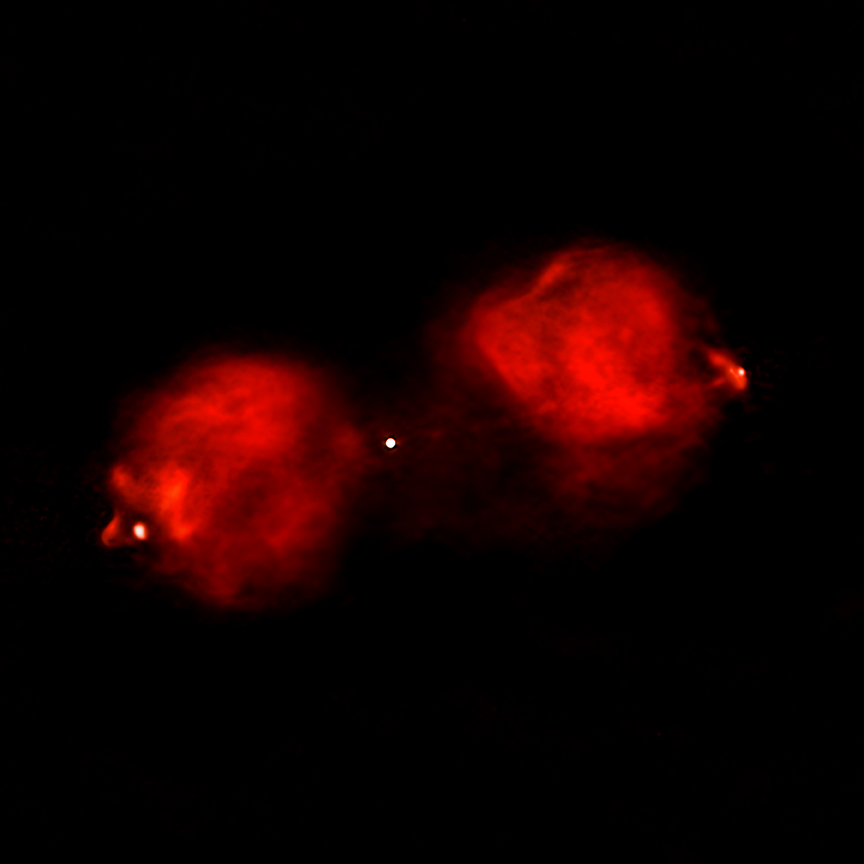 The scientists have used NASA's Chandra X-ray Observatory over the last 15 years to gather images of the particle jet. Then they combined the data with radio data from the Australia Telescope Compact Array to obtain the composite image shown below. 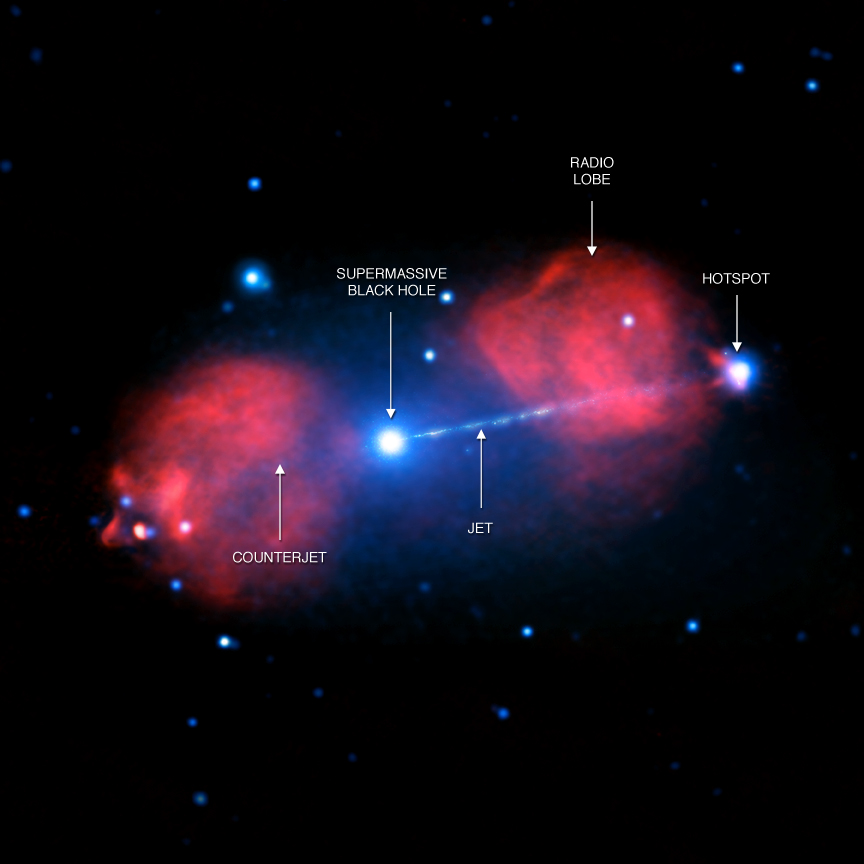 The composite image showing the location of the supermassive black hole, the jet, and the counterjet. Also labeled is a "radio lobe" where the jet is pushing into surrounding gas and a "hotspot" caused by shock waves – akin to sonic booms from a supersonic aircraft – near the tip of the jet. Image credit: X-ray: NASA/CXC/Univ of Hertfordshire/M.Hardcastle et al., Radio: CSIRO/ATNF/ATCA

The jet to the right in Pictor A, displaying a continuous X-ray emission over a 300 000 light year distance is the closest to us. However, Chandra has confirmed previously reported evidence of another jet, the so-called "counterjet" blasting in the opposite direction. It is relatively faint in comparison to the main beam, most probably because it's moving away from the line of sight to the Earth.

Researchers hope to gain more knowledge of these massive blasts by studying the structures revealed by X-ray and radio waves.

Jet and counterjet studied properties indicate that their X-ray emission comes from electrons spiraling around magnetic field lines, in a synchrotron emission process. For this to happen, the electrons must be continuously re-accelerated as they move out along the jet. The mechanism of this has not been understood yet.

The researchers ruled out a different mechanism for producing the jet's X-ray emission. In that scenario, electrons flying away from the black hole in the jet at near the speed of light move through the sea of cosmic background radiation (CMB) left over from the hot early phase of the Universe after the Big Bang. When a fast-moving electron collides with one of these CMB photons, it can boost the photon's energy up into the X-ray band.

The X-ray brightness of the jet depends on the power in the beam of electrons and the intensity of the background radiation. The relative brightness of the X-rays coming from the jet and counterjet in Pictor A do not match what is expected in this process involving the CMB, and effectively eliminate it as the source of the X-ray production in the jet.

Featured image: The composite image showing the location of the supermassive black hole, the jet, and the counterjet. Also labeled is a "radio lobe" where the jet is pushing into surrounding gas and a "hotspot" caused by shock waves – akin to sonic booms from a supersonic aircraft – near the tip of the jet. Image credit: X-ray: NASA/CXC/Univ of Hertfordshire/M.Hardcastle et al., Radio: CSIRO/ATNF/ATCA