Heavy rainfalls and strong winds battered the Pacific Northwest during December 7 and 8, 2015, triggering flooding and landslides across the area. A few areas have seen record amount of precipitation, according to the National Weather Service (NWS) and the occurrence was referred to as "extraordinary rainfall event" by Dylan River, a spokesman for Portland's Bureau of Transportation.

A system of Pacific storms began affecting the region during last week, and is set to continue lashing the Pacific Northwest with abundant amounts of rainfall. A strong jet stream stretching from eastern Asia across the Pacific Ocean serves to bring huge amounts of moisture to the region. This plume of moisture extends all the way into the western Pacific Ocean near the Philippines, and is being supplied by the so-called atmospheric river, a long, narrow plume of piping deep moisture, extending from the tropics into the mid-latitudes, meteorologists explained. 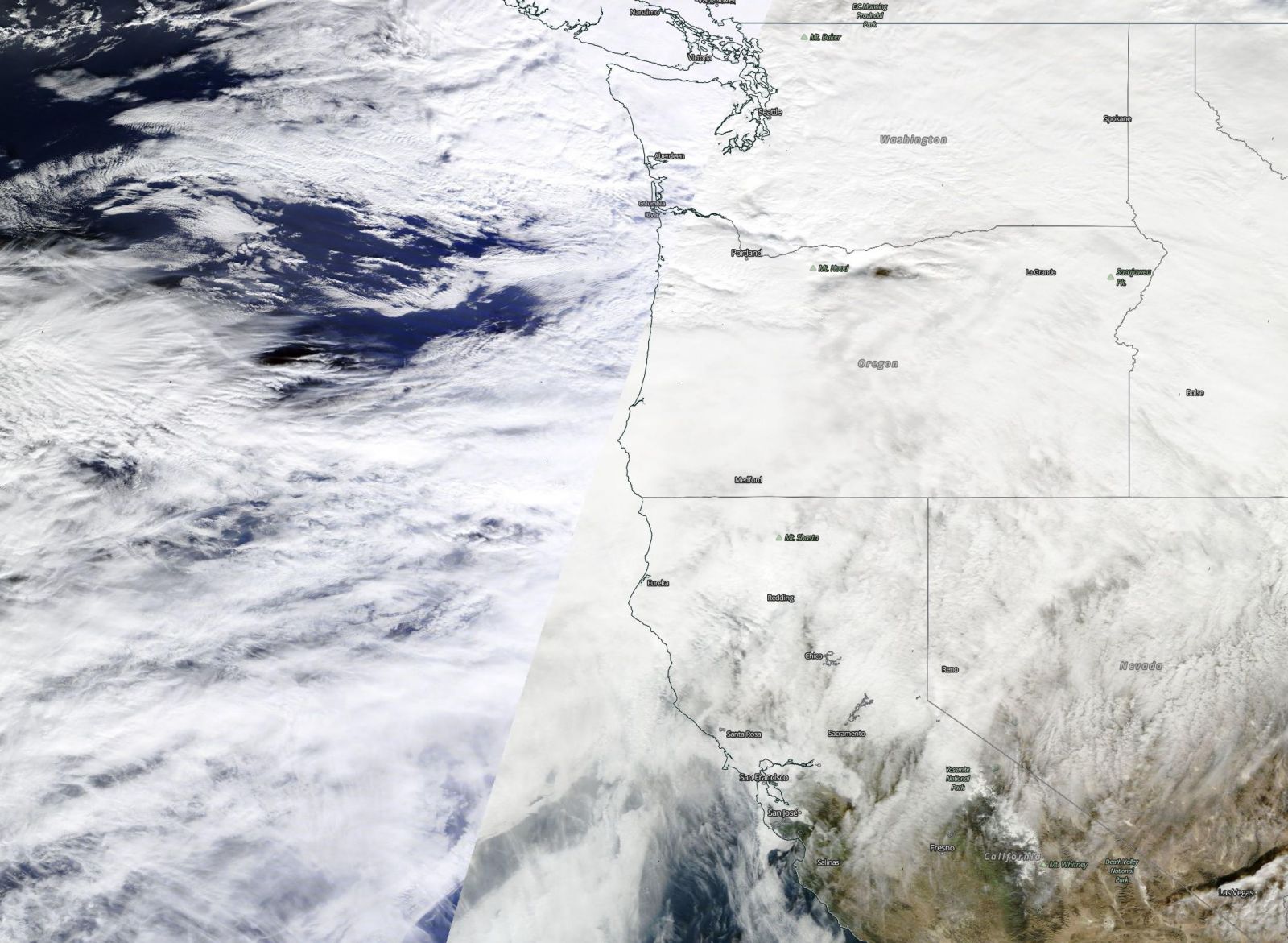 Torrential downpours have soaked the grounds of northern Oregon and southern Washington, following the strong wildfire season across the West.

81.3 mm (3.2 inches) of precipitation were measured in Portland in a 24 hour period between December 6 and 7, setting a new 24 hour rainfall accumulation record. For comparison, an average month of December in Portland usually records about 139.7 mm (5.5 inches) in total. 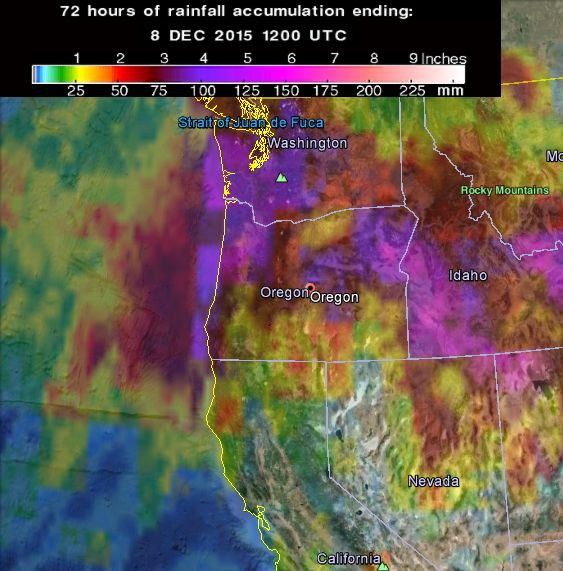 A total of about 190.5 mm (7.5 inches) was observed in the vicinity of Lees Camp in northwestern Oregon, while Falls City reported 154.2 mm (6 inches) of precipitation. 27.4 mm (1.08 inches) of rain was observed at The Seattle-Tacoma International Airport, also setting a new day record for December 7.

Since the beginning of the rainstorm, 290.6 mm (11.44 inches) was reported in Humptulips, near the Olympic Mountains, as of December 8.

Wind gusts reaching 148 km/h (92 mph) were observed at Marys Peak, in west central Oregon on the morning of December 7 (local time) while 227 km/h (141 mph) was reported at Mount Hood in the afternoon.

A massive sinkhole, triggered by heavy rains, was reported on a road east of Portland, cutting across two traffic lanes, according to media reports. Several meters of water was reported in downtown Portland, inundating vehicles and disrupting local traffic.

The weather setup will continue across the Pacific Northwest for the rest of the week. About 30 cm (1 feet) of snowfall is expected to accumulate in the Cascades and other mountain chains as the storm continues.

The NWS has issued flood watches for parts of western Washington and northwest Oregon as the rivers will most likely overflow their banks due to persistent rainfall. An elevated risk of landslides also exists across the affected region. Flood watches have also been put in effect for parts of northern Idaho and Western Montana until December 9.

Meteorologists have warned the strong winds in the area could lead to power outages and uprooted trees as high wind watches and warnings have been issued from the Northwest into the Great Basin, northern Rockies and High Plains.