A series of large landslides, triggered by the strong earthquake that hit near the west coast of Greece on November 17, 2015, caused one of the world's most beautiful beaches, on the island of Lefkada, to perish.

In bad geological news, Egremni beach basically disappeared after this week's earthquake. (before & after) pic.twitter.com/MVjEmxhdnL

A strong and shallow earthquake of M6.5 with epicenter 14 km (9 miles) WNW of Nidri was registered on November 17 at 07:10 UTC. Not much later, large boulders and a large pile of rubble came tumbling down the mountain, located just above the famous sandy Egremni Beach on the west coast of the island of Lefkada. 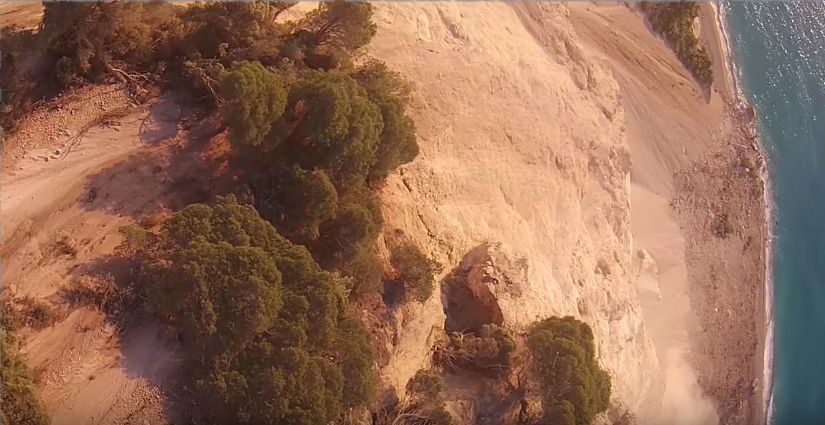 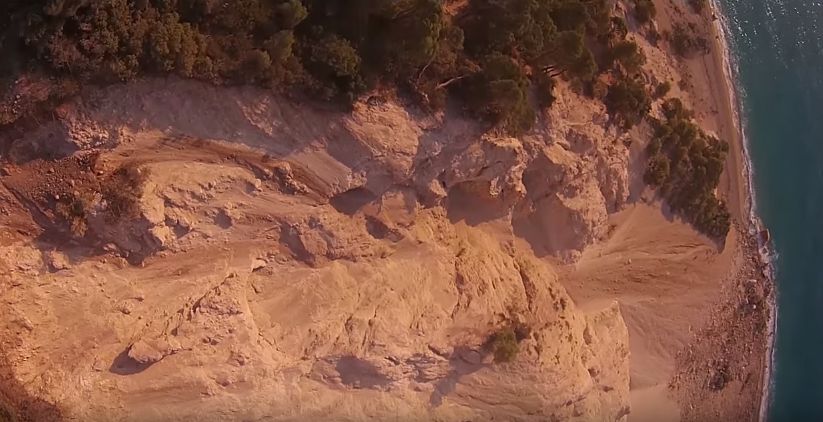 Series of landslides have left huge volumes of debris on the area below. The biggest part of the once, one of the most beautiful beaches of the world, was completely devastated, according to media reports.

Large landslide, following the moment of the earthquake, has been captured on video by a local fisherman, who was offshore with his boat at the time.

The earthquake responsible for the event would have been a deadly one, had it occurred during summer when the beach is usually packed with tourists. The worst case scenario has, luckily, been avoided, however the Egremni Beach will never again return to its state prior to the earthquake.

Apart from triggering a series of deadly landslides, the earthquake caused significant damage to piers, soil backfill, quay walls and roads. Two victims have been reported.