Typhoon "Koppu" (Lando) slammed the Philippines with heavy downpours and strong winds on October 17, 2015 at 21:00 UTC, according to the Philippine Atmospheric, Geophysical and Astronomical Services Administration (PAGASA). The system is moving over the island at a very slow pace, enhancing the life-threatening conditions brought on by heavy rainfalls, mudslides and strong winds. So far, 2 people were reported dead and 6 missing, while residents are warned to stay alert.

Typhoon "Koppu", known in the Philippines as Lando, made landfall over Casiguran, Aurora and remained almost stationary for a while, as a large area of high pressure centered over southern China in combination with the westerlies acted as a wall slowing down the typhoon's progress over the land. 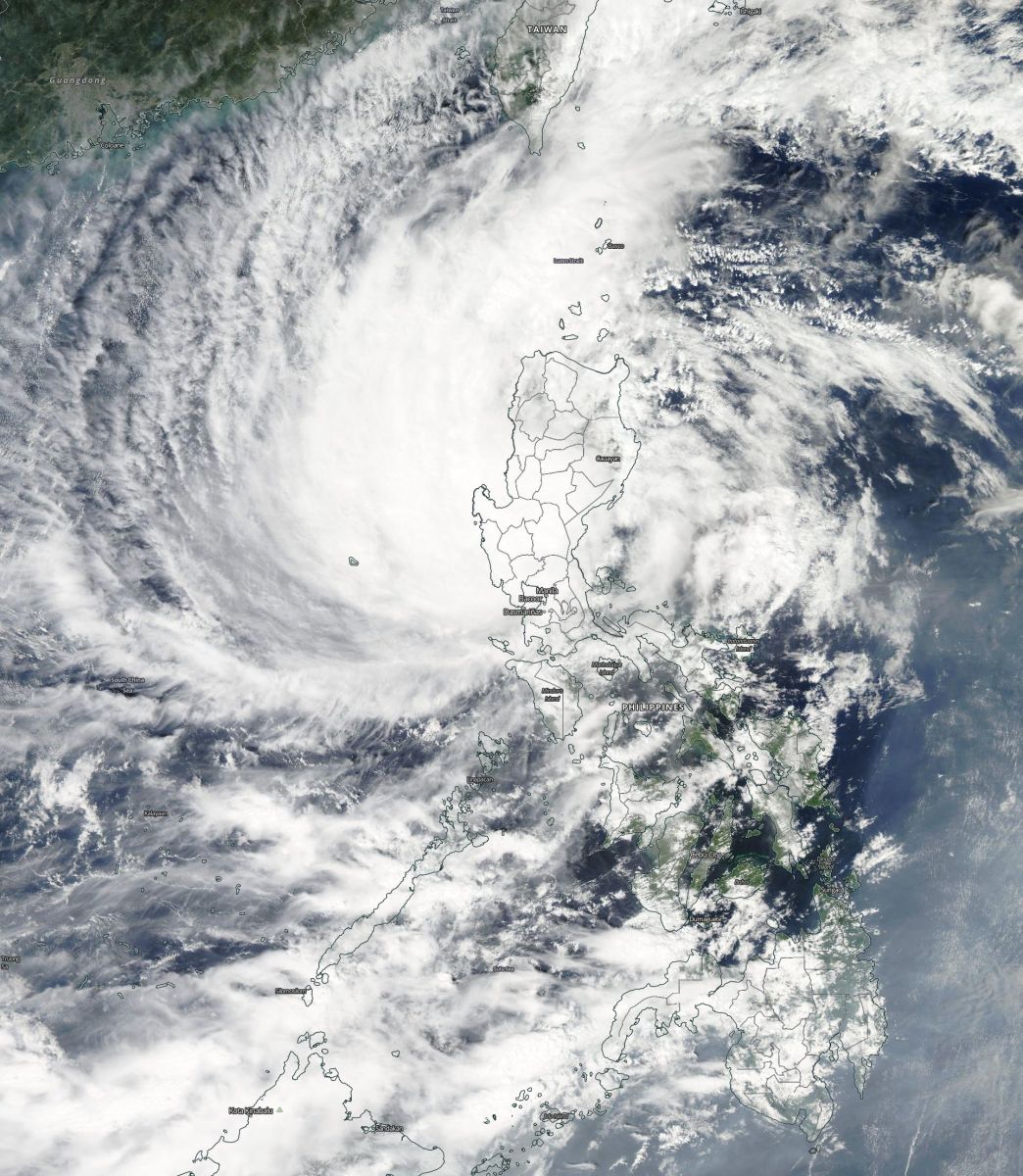 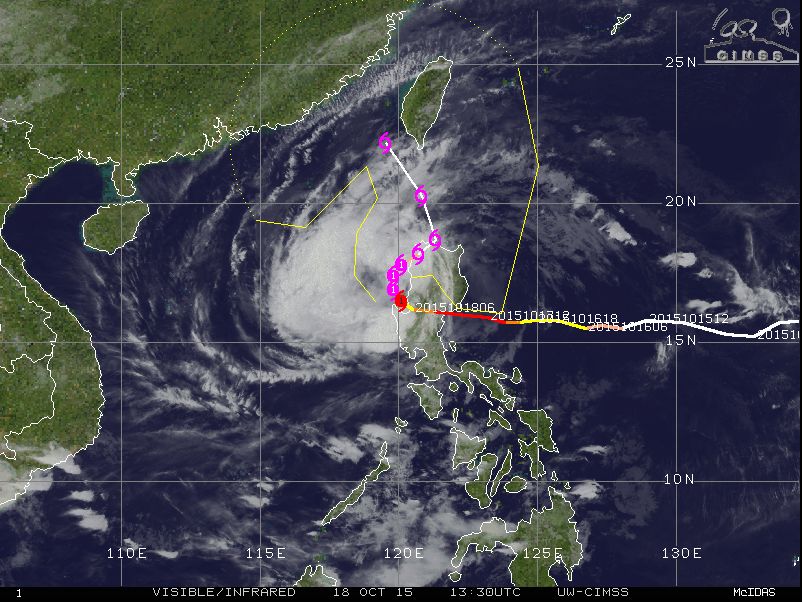 Heavy rainfalls and strong winds have battered parts of the country, forcing tens of thousands to evacuate their homes, according to media reports. So far, 2 people have been reported dead, and 6 more went missing.

A number of provinces have been inundated with flash flood waters, including Aurora and Nueva Ecija province. Pangasinan, Cagayan, Isabela, Quirino, Nueva Vizcaya, Aurora, Nueva Ecija, Apayao and Kalinga were cut off their power supplies.

Uprooted trees and devastated rooftops have been reported in the Baler town. Raging weather has left 2 225 passengers stranded in 6 districts of Southern Tagalog.

Typhoon #Koppu/#Lando turns toward Taiwan while drenching the Philippines. pic.twitter.com/H3s95PCp0R

PAGASA notified the typhoon is slowly moving toward the Regions of Cordillera and Ilocos and issued a public warning for strong winds and heavy downpours. Fisherman have been advised not to venture past the seaboards of Luzon and Visayas, as well as the eastern seaboard of Mindanao. Residents in mountainous and low-lying areas of the provinces have been alerted of possible strong flash floods and mudslides. 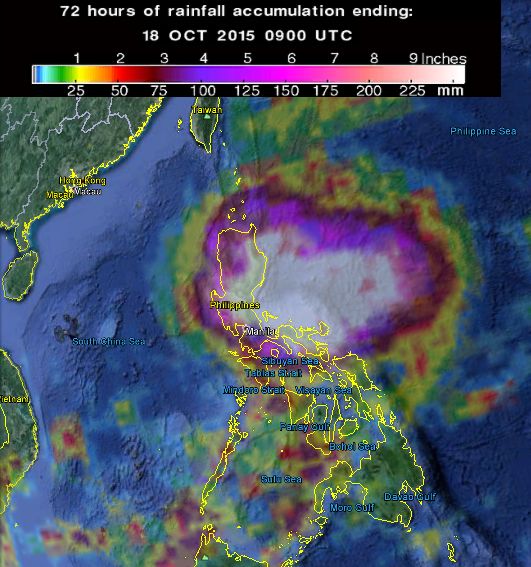 It is still uknown exactly how long will Koppu is linger over Luzon. Heavy rainfalls due to the system's slow movement pose the highest risk to lives and property. About 300 to 600 mm (11.8 to 23.6 inches) of rain is expected, with localized amounts rising up to 900 mm (35.4 inches), causing floods and mudslides.

Extremely rough seas, wind damage, storm surge and coastal flooding are additional hazards. How long Typhoon "Koppu" is expected to linger over the affected areas, prior to traveling north will determine the duration of life-threatening conditions for northern Luzon.