Typhoon "Mujigae", known as Kabayan in the Philippines, was rapidly intensifying before it hit southern China early Sunday, October 4, 2015. Mujigae was bringing powerful winds and heavy rain as it approached China, prompting officials to issue red alerts. The storm left 120 fisherman missing in the Philippines.

Chinese officials say tens of thousands of people were evacuated in the country's south before the landfall near the city of Zhanjiang, Guangdong province. Mujigae was packing winds of 180 km/h (112 mph) at its center, and moving NW at about 19.3 km/h (12 mph), according to National Meteorological Center. There were no immediate reports of injuries.

Around 60 000 fishing boats were recalled to harbor in Hainan and coastal Guangdong province.

Category One Typhoon #Mujigae bearing down on Hong Kong and southeastern China. pic.twitter.com/12Yw2hfDWh 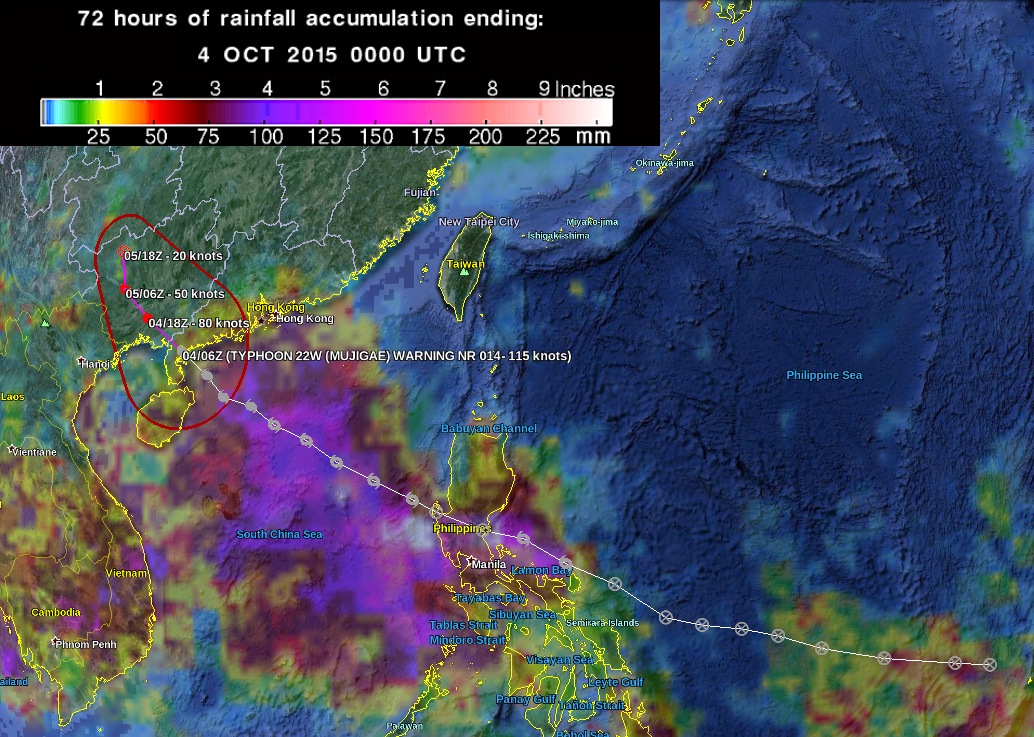 On October 1, the International Space Station made a pass over Tropical Storm Mujigae just before it made landfall in the Philippines and the RapidScat instrument measured the storm's surface winds. RapidScat saw maximum sustained winds in the northern quadrant of the storm near 24 meters per second (86.4 km/h/53.6 mph). 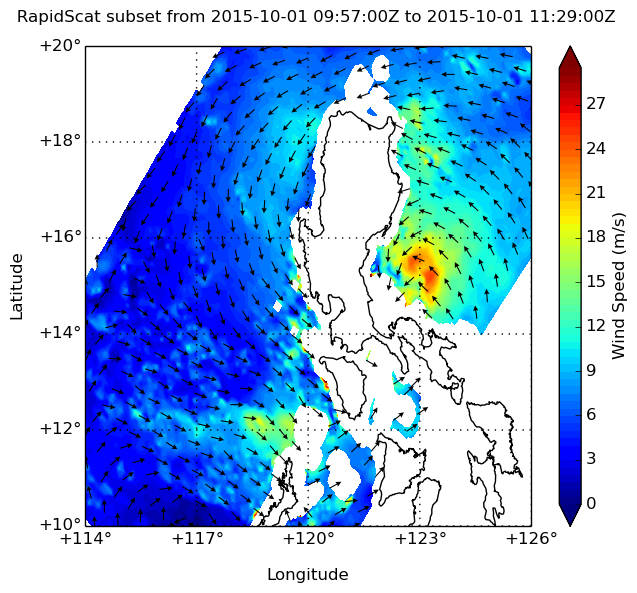 MODIS instrument aboard NASA's Aqua satellite captured the following, visible image, of Tropical Storm "Mujigae" exiting the Philippines on October 2 at 05:25 UTC and moving through the South China Sea. No eye was visible in the image and the storm was almost completely over water, except for the eastern quadrant, which still blanketed part of Luzon. 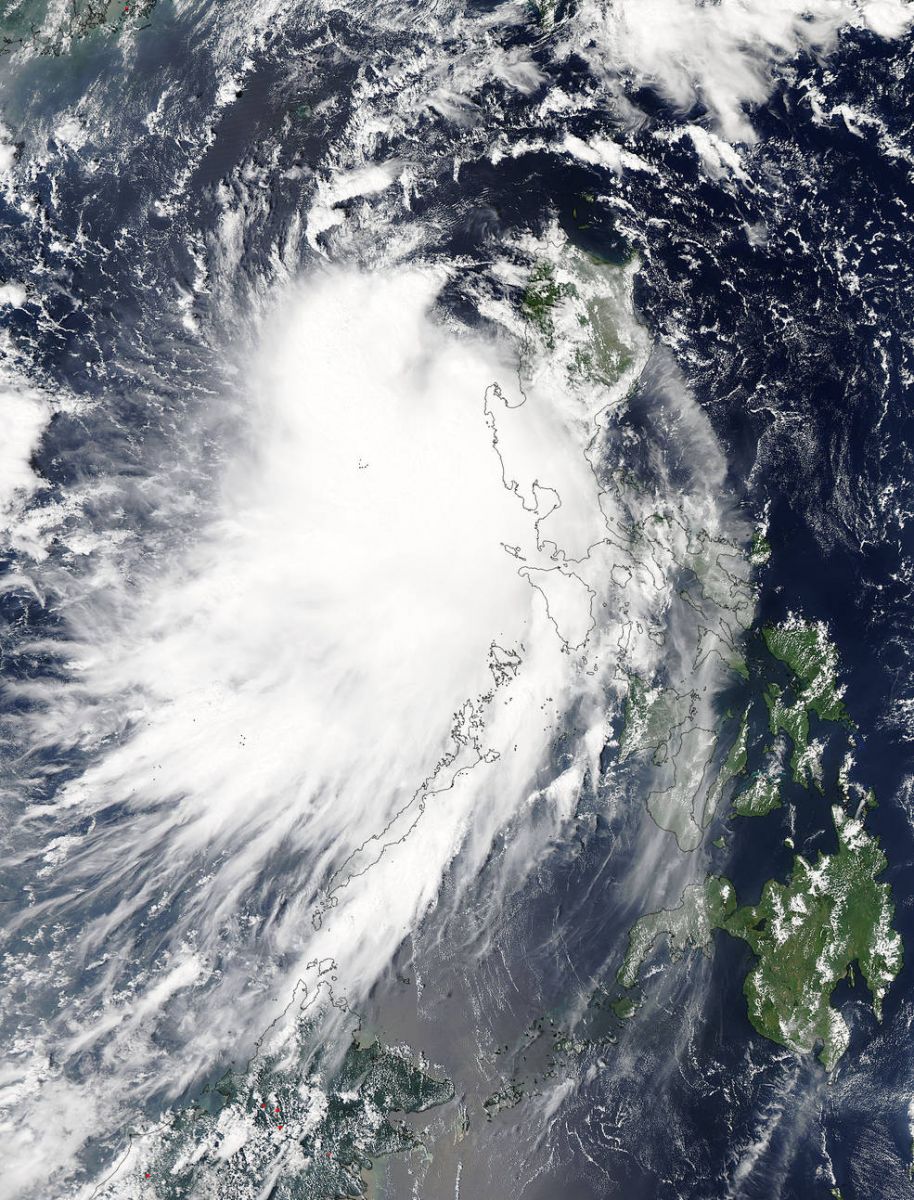