A new tropical depression formed on June 10 south of Mexico and strengthened into a Tropical Storm "Carlos" by 15:00 UTC on Thursday, June 11, 2015. This is the third named storm of the 2015 eastern Pacific hurricane season, expected to intensify into a hurricane and bring locally heavy rains and life-threatening surf and rip conditions over portions of the southern Pacific coast of Mexico.

A Tropical Storm Watch is currently in effect from Acapulco to Zihuatanejo.

The center of Tropical Storm "Carlos" was located about 270 km (165 miles) SSW of Acapulco and 350 km (215 mph) SSE of Zihuatanejo. A very slow NNW to NW motion is expected for the next couple of days.

Some additional strengthening is expected, and Carlos is forecast to become a hurricane during the next day or so, NWS NHC notes today.

Tropical storm force winds extend outward up to 130 km (80 miles) from the center.

Locally heavy rains could spread over portions of the southern coast of Mexico during the next few days. These swells could cause life-threatening surf and rip conditions. 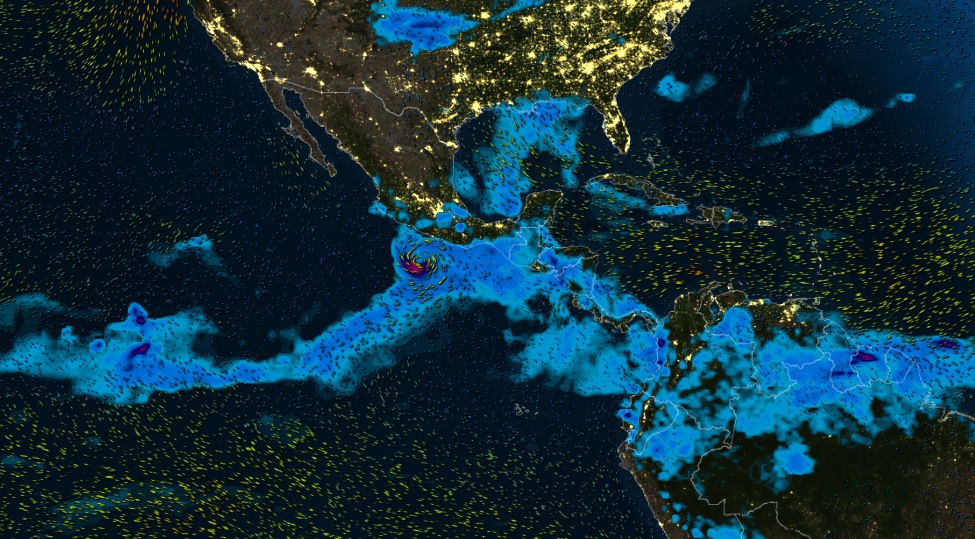