A large solar filament located in the northeast quadrant erupted around 14:00 UTC on April 28, 2015 sending a bright Coronal Mass Ejection (CME) into space.

CME is visible in latest SOHO LASCO C2 imagery and it appears directed away from our planet. 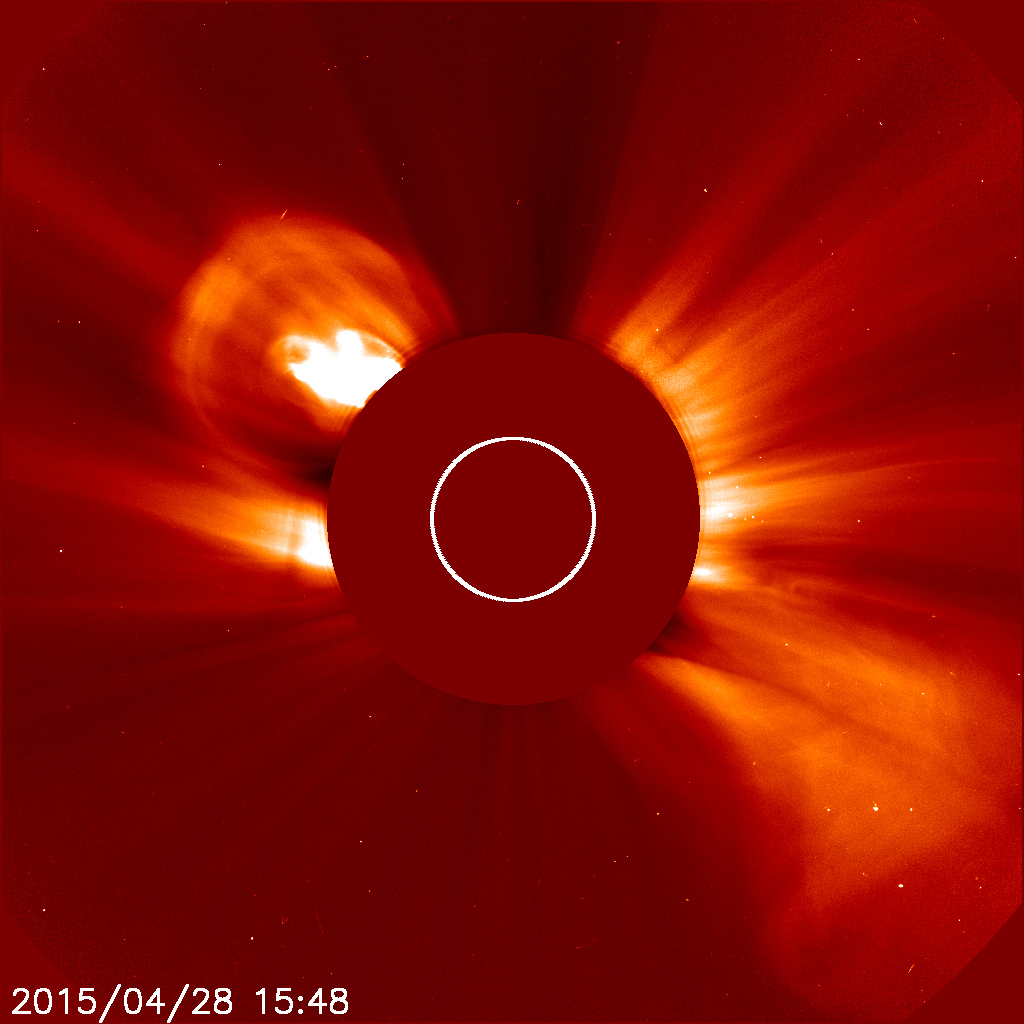 Image below, captured by Göran Strand from Sweeden, shows this filament stretching over the surface of the Sun on April 27, 2015. He included a scale sized Earth and Moon and the distance between them and as you can see, the filament is just about the same length as the distance from Earth to the Moon.

"Otherwise the Sun was quite calm but this filament was very impressive through my solar telescope," Strand said. 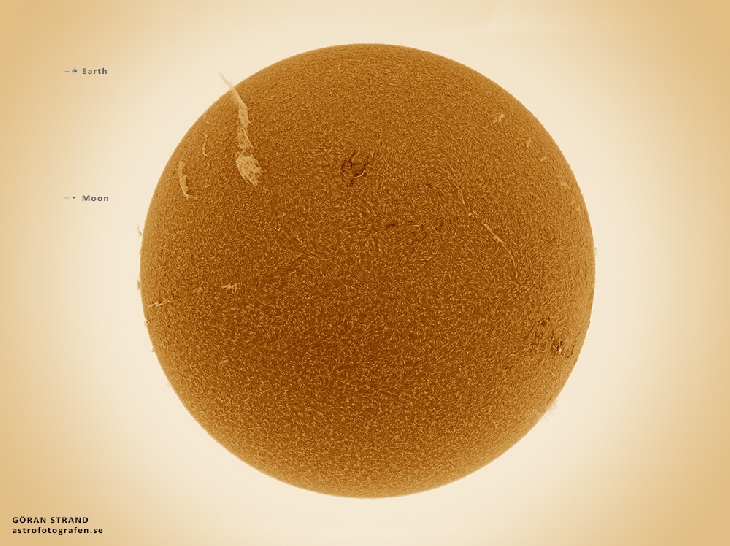 In their Forecast Discussion issued 12:30 UTC today, SWPC said an 18 degree filament, centered near N07E54, erupted between 03:00 – 04:00 UTC today and was observed in both GONG H-alpha and SDO/AIA imagery.  A 15 degree filament disappearance, centered near N14E27, was observed by Learmonth solar observatory between 06:00 – 09:00 UTC. At the time, no coronagraph imagery was available to determine if either event had a geoeffective component.