R1 Radio Blackout impacts can can cause weak or minor degradation of HF radio communication on sunlit side and occasional loss of radio contact. Low-frequency navigation signals can be degraded for brief intervals.

It is still unclear if Coronal Mass Ejections (CMEs) were associated with those events. 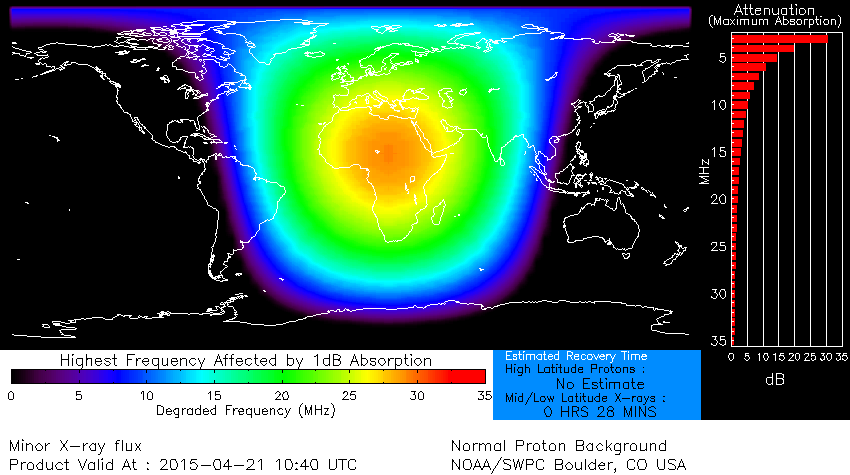 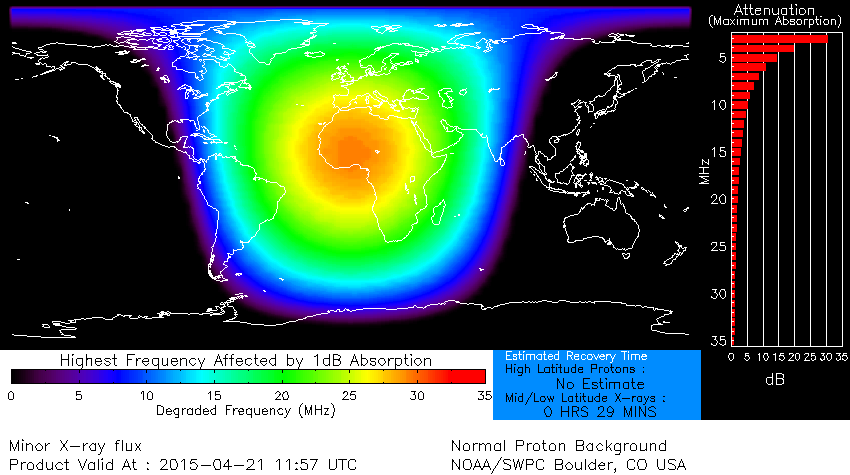 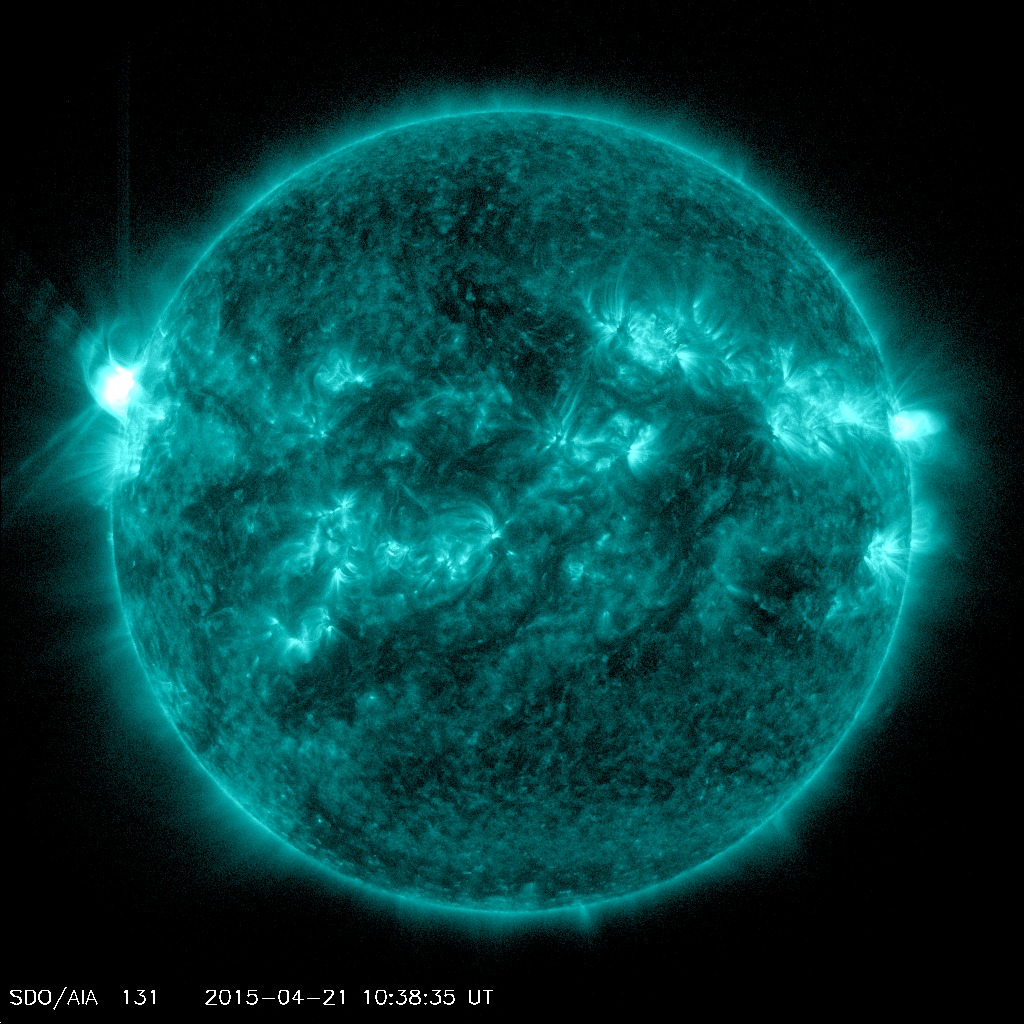 There are currently 10 numbered sunspot regions on the Earth side of the Sun. 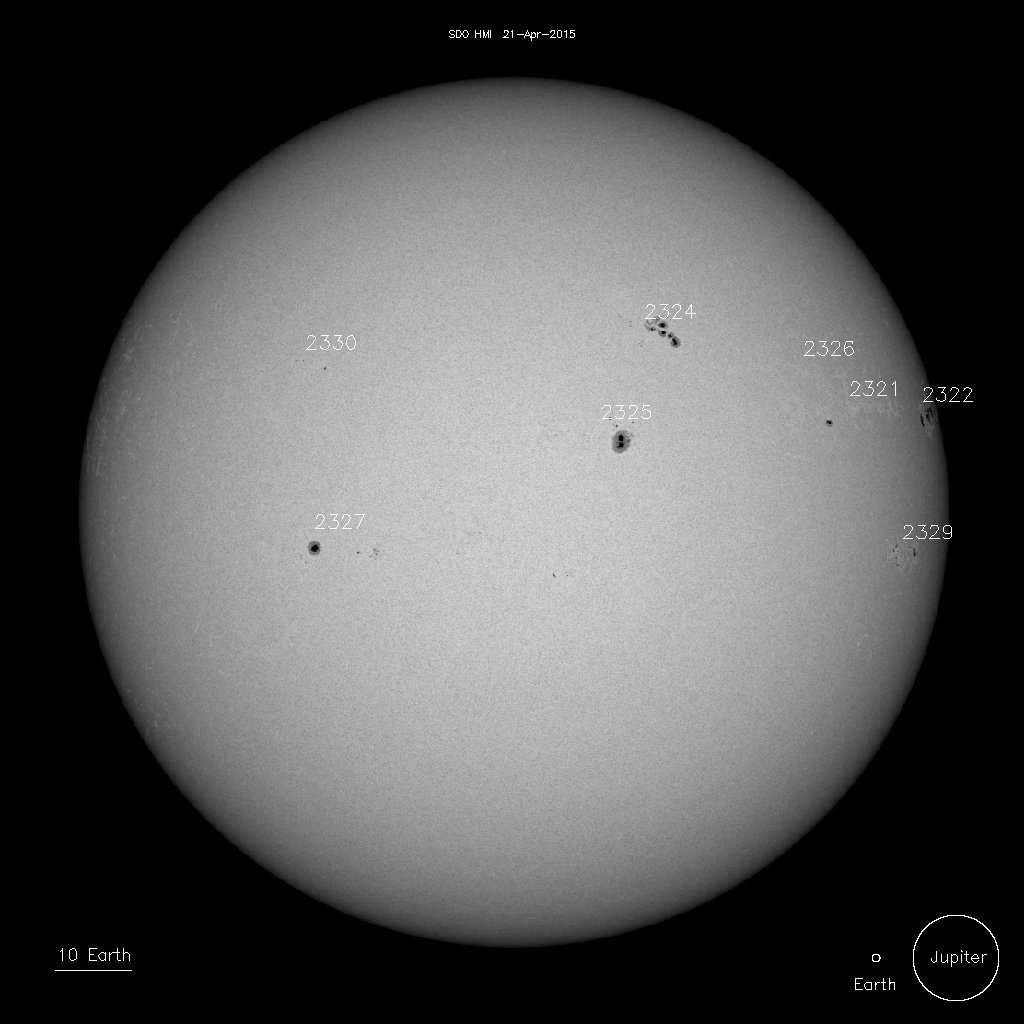 Solar activity is likely to be low with a slight chance for M-class (R1-Minor) flares over the next three days (April 21 – 23) as Region 2322 rotates off the visible disk and the active region just beyond the East limb rotates on.

The geomagnetic field is expected to be at unsettled to active levels, with minor (G1-Minor) storming likely for the remainder of the UTC day. The anticipated arrival of the April 18 CME is expected to trigger periods of G1 (Minor) geomagnetic storm conditions in conjunction with the positive polarity CH HSS. April 22 is forecast to persist with G1 conditions. Unsettled to active conditions are expected to return after 09:00 UTC on April 23 as CH HSS and CME effects subside.