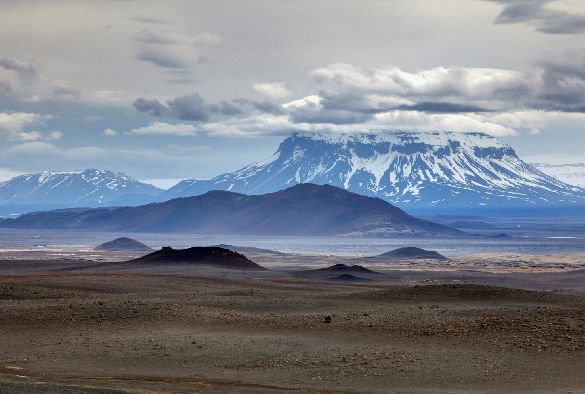 An international team, including researchers at the University of Liverpool, have shown that south east Iceland is underlain by continental crust.

The team found that the accepted theory, that Iceland consists only of very thick oceanic crust, is incorrect. Maps of crustal thickness produced from satellite gravity data, together with geochemical, plate tectonic reconstruction and mantle plume track analysis (an upwelling of abnormally hot rock), were used to show that south east Iceland is underlain by continental crust which extends offshore to the east.

Professor Nick Kusznir, from the University’s School of Environmental Sciences, who produced the satellite data, said: “The established theory is that geological features such as Iceland, known as oceanic plateaux, are generated by the interaction of ocean-ridge sea-floor spreading with a hot mantle upwelling.

“Our results suggest that there is another critical ingredient which is the presence of fragments of continental crust. This discovery has important implications for how mantle plumes interact with plate tectonics.”

Crustal thickness mapping shows thick crust under south east Iceland of up to 30 km, which is more ‘typical’ of continental crust in comparison to much thinner crust in the surrounding ocean basins and under the rest of Iceland.

The thick crust of south east Iceland extends eastwards offshore and is interpreted as being a sliver of continental crust originally part of, but now separated from, the Jan Mayan micro-continent to the north from which it has rifted during the formation of the north east Atlantic in the last 55 million years.

“Other examples include Mauritius in the Indian Ocean; the Rio Grande High in the south Atlantic; and the Canary Islands in the Central Atlantic.

“Not only is this discovery important for the science of geo-dynamics, our findings also has important implications for natural resources in these regions. Continental crust has a very different composition and history to oceanic crust and is much richer in natural resources.”

Crustal thickness mapping using the satellite gravity inversion methodology was developed by Professor Kusznir and has been used for locating the transition between continental and oceanic crust and micro-continents for the United Nations Convention on the Law of the Sea (UNCLOS) territorial claims and is used extensively by the hydrocarbon industry in deep water oil and gas exploration.