This region is rotating toward the center of the disk and into a more geoeffective position. 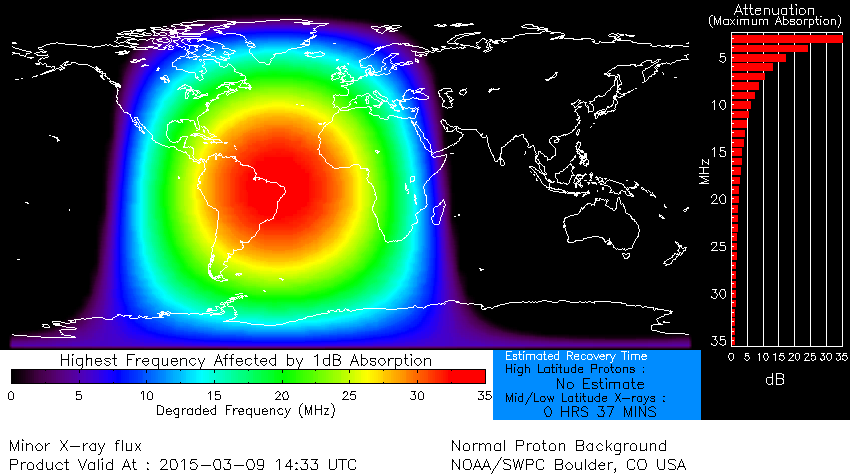 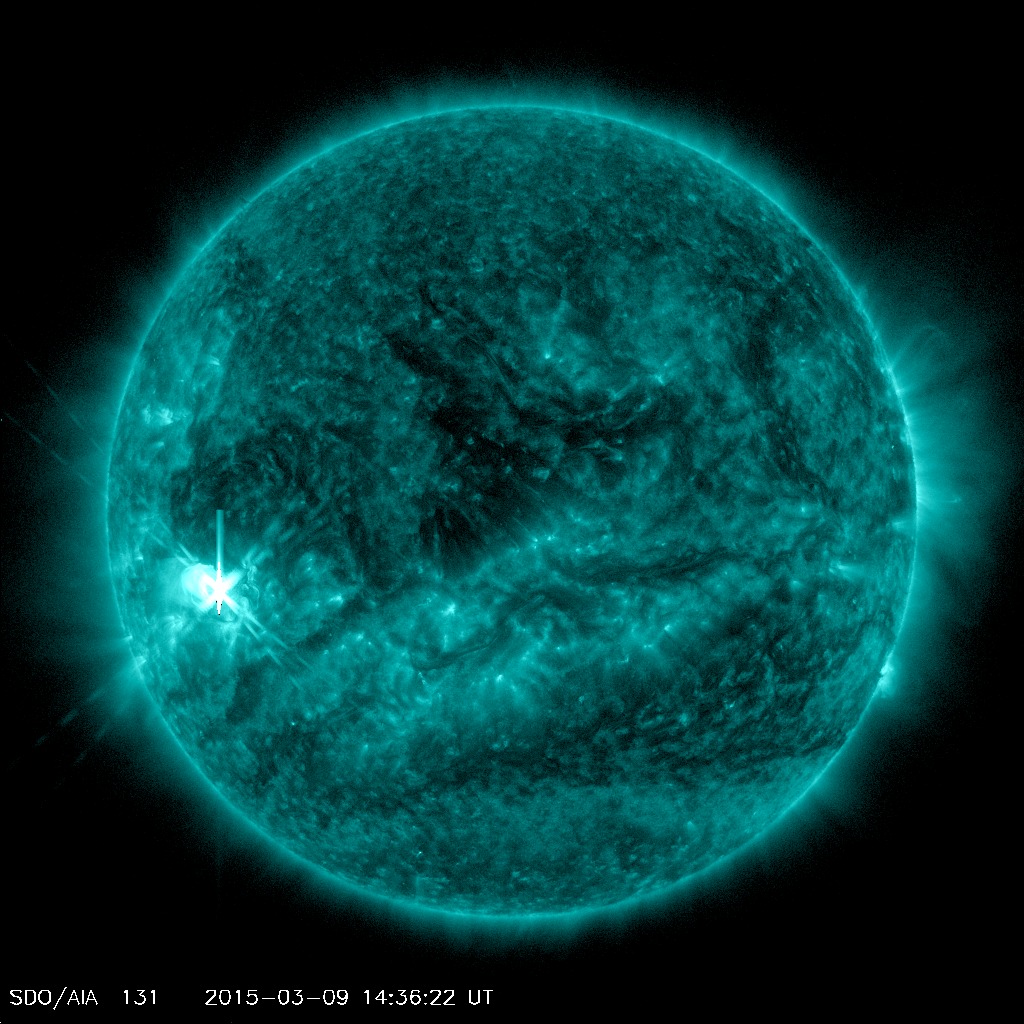 Region 2297 is currently the only numbered sunspot region on the Earth side of the Sun.

Slight decay was observed in its smaller leading spots during last 24 hours. 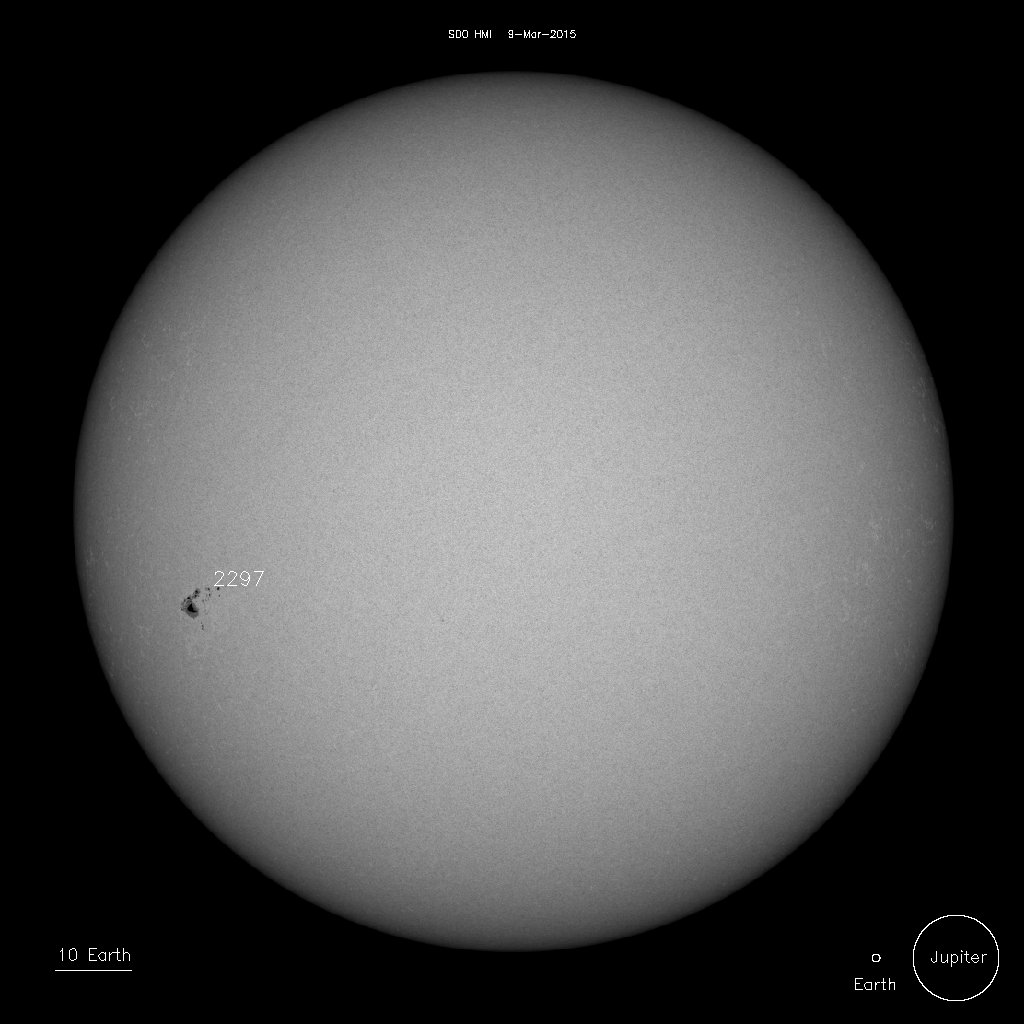 Solar activity is expected to be low with a chance for M-class (R1-R2/Minor-Moderate) flare activity and a slight chance for X-class (R3 or greater) flare activity over the next three days (March 9 – 11), SWPC said in their Forecast Discussion issued 12:30 UTC today.

The greater than 2 MeV electron flux is expected to be at normal to high levels over the next three days. There is a slight chance for S1 (Minor) solar radiation storms during the same period if Region 2297 continues to produce significant flare activity.

Solar wind parameters are expected to remain enhanced on March 9 and 10 due to continued coronal hole high speed stream (CH HSS) influence with a return to near-background levels expected to begin on March 11 as CH HSS effects subside.