A 10cm Radio Burst lasting 6 minutes (peak flux 180 sfu) was associated with the event. This indicates that the electromagnetic burst associated with a solar flare at the 10cm wavelength was double or greater than the initial 10cm radio background. This can be indicative of significant radio noise in association with a solar flare. This noise is generally short-lived but can cause interference for sensitive receivers including radar, GPS, and satellite communications.

Region 2222, the source of today's M1.8 solar flare, has 'beta-gamma' magnetic configuration, it is located almost at the center of the disk and is capable of producing strong eruptions on the Sun. It's position is favorable for Earth-directed Coronal Mass Ejections (CMEs) and will remain like that in the coming days. 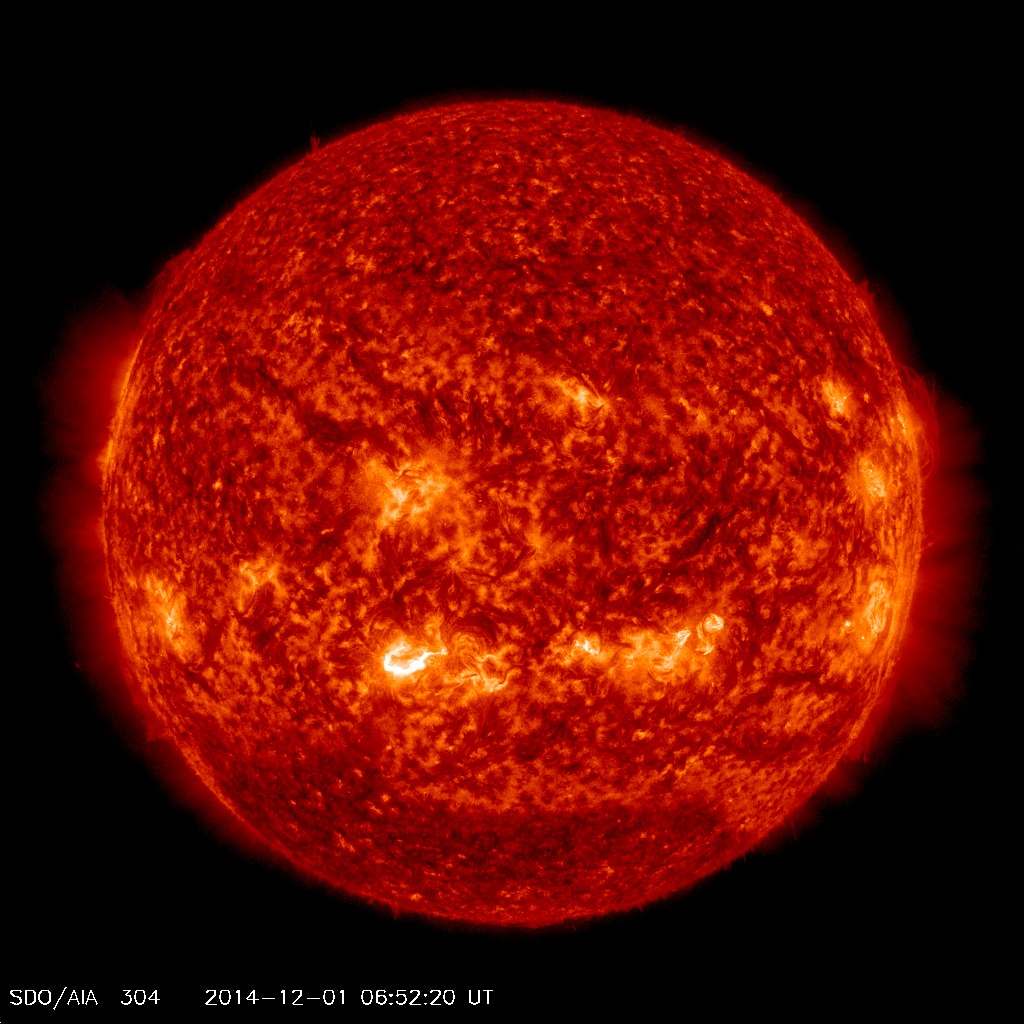 There are currently 8 numbered sunspot regions on the solar disk. Region 2222 remains the largest region on the visible disk although there was some decay of intermediate spots observed yesterday. 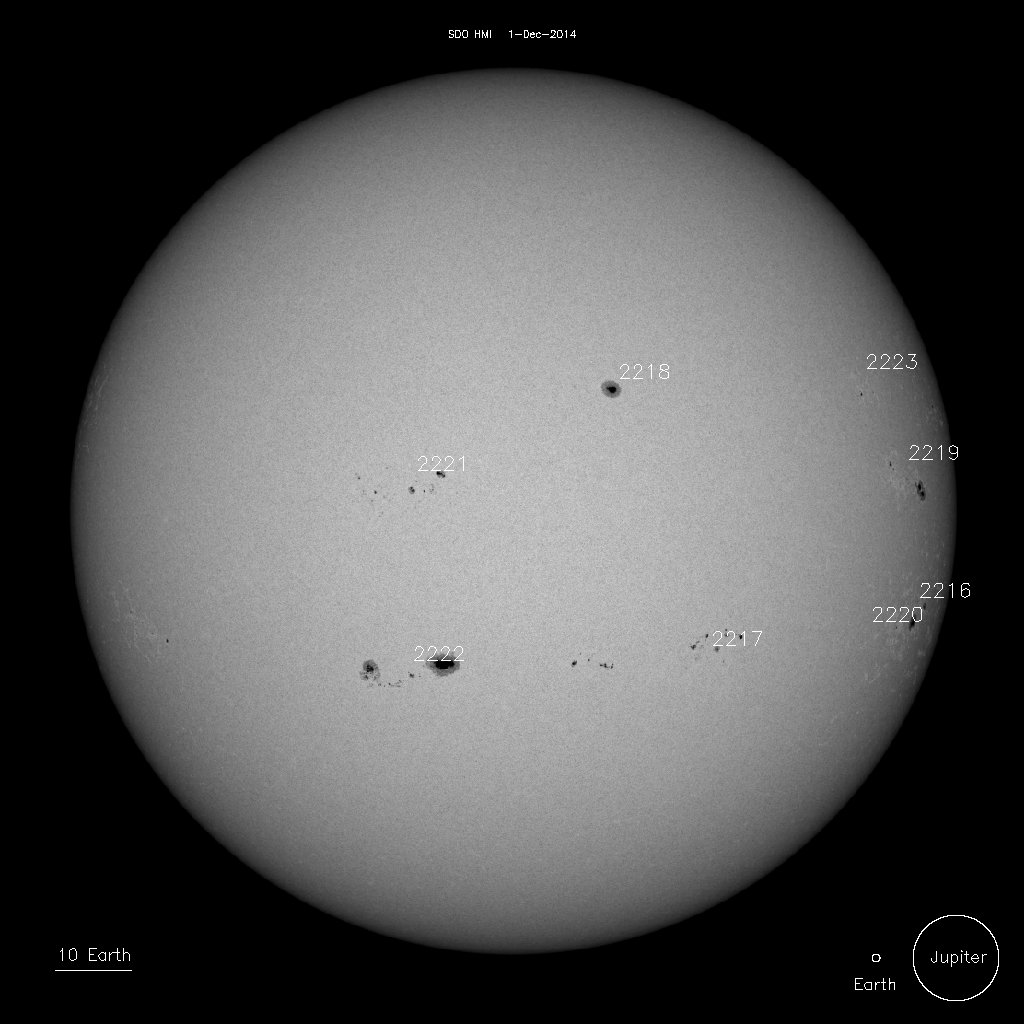 Solar activity is expected to be at low levels with a continued chance for an M-class flare (R1-R2/Minor-Moderate) during December 1 – 3.

The greater than 2 MeV electron flux is expected to continue at normal to moderate levels through the same period. The greater than 10 MeV proton flux is expected to continue at background levels (Below S1-Minor), although there is a slight chance for an S1 (Minor) or greater event should Region 2219 (N04W60, Dko/beta-gamma) produce a significant flare as it moves into a more well-connected position.

A recurrent positive polarity coronal hole high speed stream (CH HSS) is expected to arrive at the ACE spacecraft and persist through December 2 before beginning to wane on December 3.

Unsettled geomagnetic field conditions, with a chance for active levels, are expected as a recurrent positive polarity CH HSS is forecast to become geoeffective on December 1. These conditions are anticipated to persist through December 2 before subsiding to mostly quiet conditions on December 3.