Tropical Cyclone "Hudhud" made landfall in Andhra Pradesh at India's east coast around 05:00 UTC on October 12, 2014. The port city of Visakhapatnam, home to two million people, was hit with destructive force of Category 3 storm with sustained winds of 195 km/h (120 mph) and gusts up to 218 km/h (135 mph). 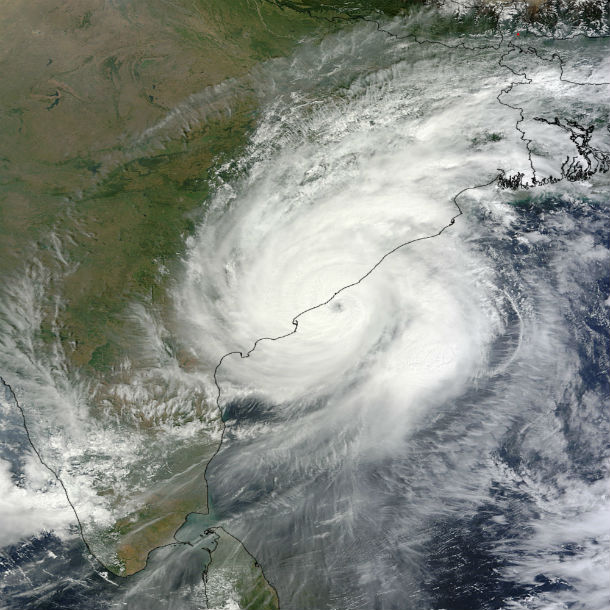 Terra/MODIS satellite image of Cyclone Hudhud in the time of making landfall at 05:10 UTC on October 12, 2014. (Credit: LANCE Rapid response/MODIS)

Hudhud killed at least six people and left a trail of destruction across Andhra Pradesh and neighboring Odisha. The hardest hit were the three north coastal districts of Visakhapatnam, Vizianagaram and Srikakulam. Nearly half million people were evacuated from the coastal areas of the Andhra Pradesh and Orissa states ahead of the storm.

Hudhud is expected to weaken rapidly before making extra-tropical transition and dissipate after the next day or two. Dangerous flooding and mudslides could affect mountainous areas in northern India and Nepal due the heavy rains and moisture over the next few days. 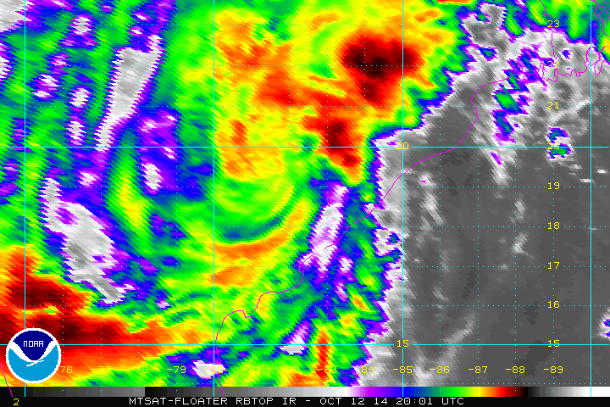 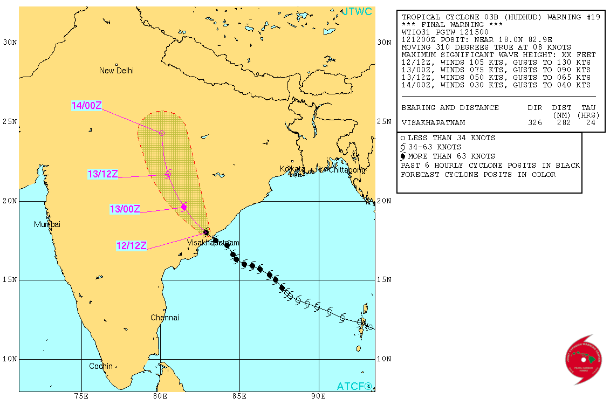