Tropical Cyclone Hudhud formed in Northern Indian Ocean on October 8, 2014 and began to track westward across the Bay of Bengal. Now, as a very severe tropical cyclone, it is gaining more strength before landfall on October 12, 2014.

The Joint Typhoon Warning Center (JTWC) expects the cyclone to remain on a generally west-northwestward trajectory over the next couple of days. Hudhud is expected to intensify due favorable environment and peak around 185 km/h (115 mph) before landfall.

According to the Regional Specialized Meteorological Centre for Tropical Cyclones over the North Indian Ocean (RSMC), Hudhud is forecast to cross North Andhrapradesh coast around Visakhapatnam during the afternoon of October 12, 2014. 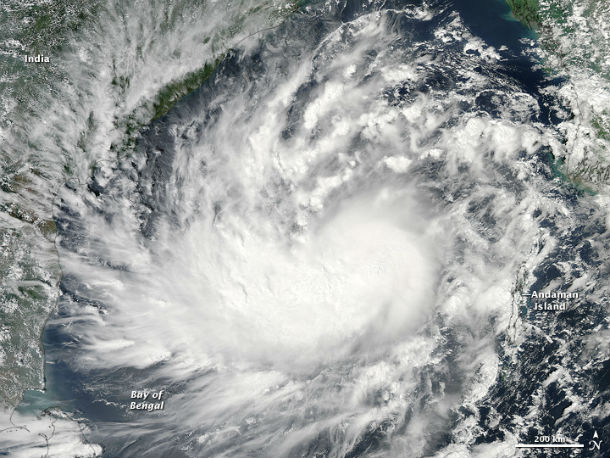 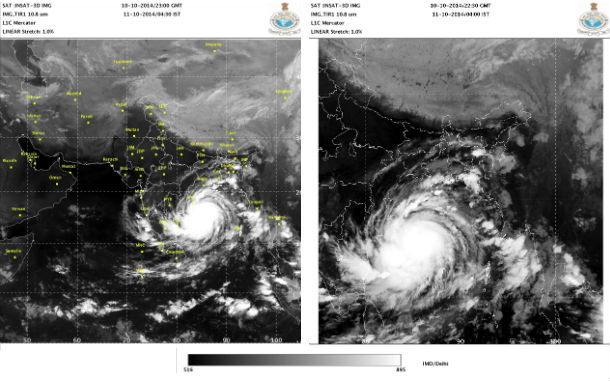 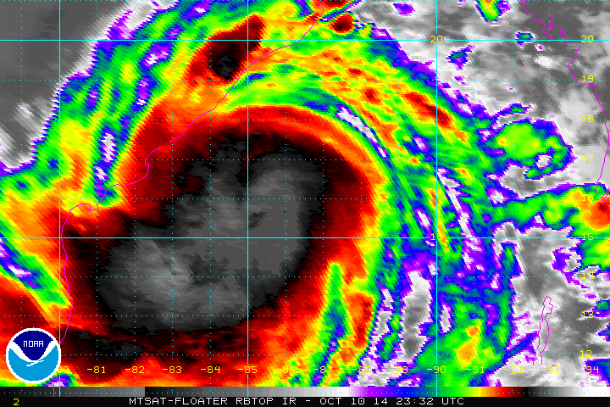 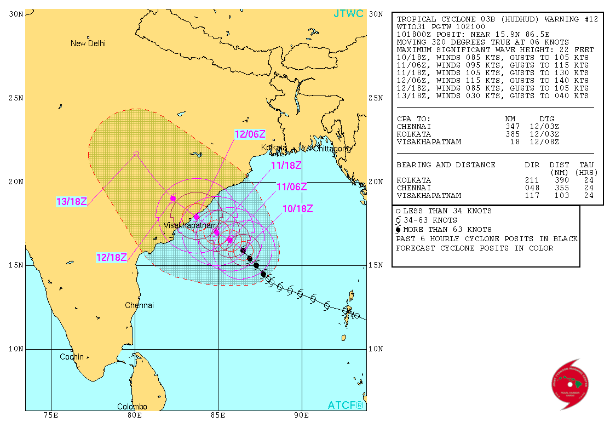 Storm surge of about 1 to 2 meters (3.2 to 6.4 feet) above astronomical tide would inundate low lying areas of east Godavari, Visakhapatnam, Vijayanagaram and Srikakulam districts of north coastal Andhra Pradesh at the time of landfall. Hudhud is capable to cause widespread damage to infrastructure and disrupt power and communications in low-lying coastal areas. Land interaction will erode the system and it will rapidly dissipate.

India's eastern coast and Bangladesh are frequently hit by strong cyclones between April and November, causing deaths and widespread damage to property. 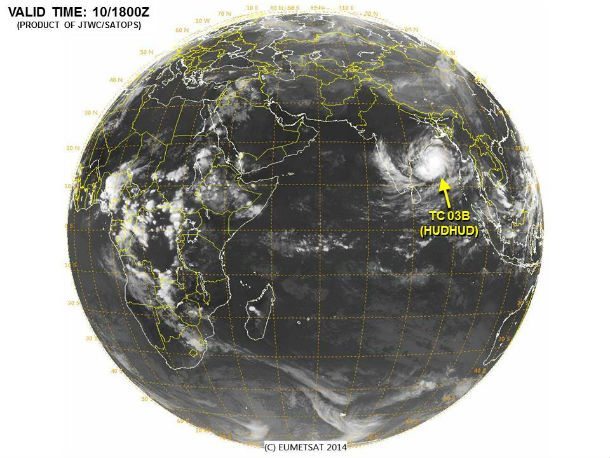