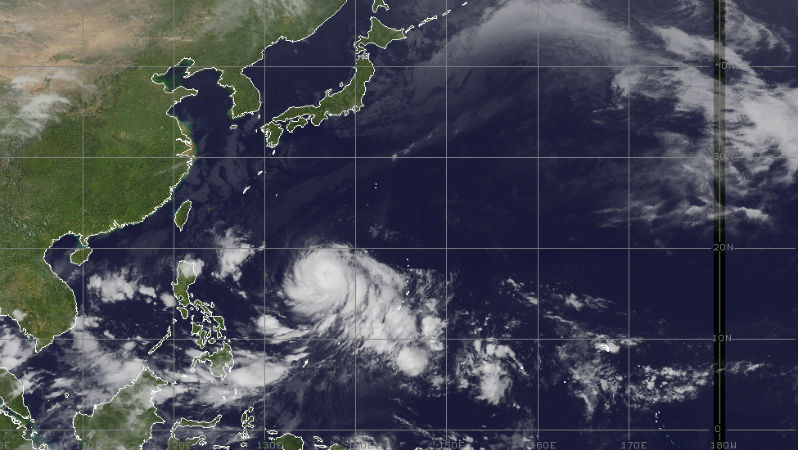 Phanfone made landfall as Category 1 typhoon early on October 6, 2014 near Hamamatsu in Shizuoka Prefecture with maximum sustained winds of 134 km/h (82 mph). A peak gust of 164 km/h (102 mph) was recorded at Omaezaki, Shizuoka Prefecture. 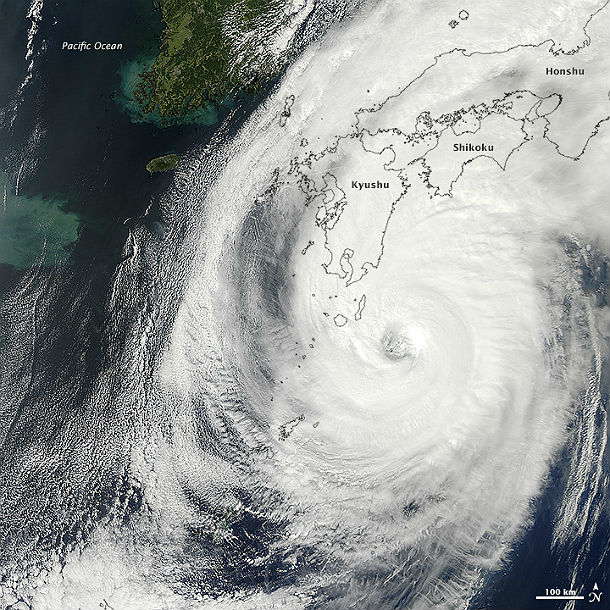 The 667,000 people living in the mountainous regions of Shizuoka Prefecture were urged to evacuate to safer ground after three days of heavy rains and high threat of mudslides. In total, more than 2 million people across Japan were advised to evacuate as Phanfone came ashore. 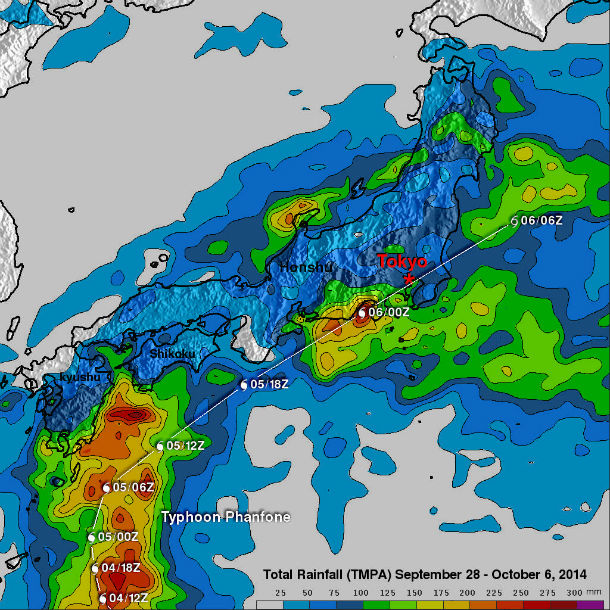 The TRMM- based, near-real time Multi-satellite Precipitation Analysis (TMPA) at the NASA Goddard Space Flight Center has been measuring the distribution of precipitation over the tropics. TMPA based rainfall totals are shown here for the period from September 28 to October 6, 2014 during which Phanfone formed east of Guam and traveled to Japan. The typhoon dropped rainfall over much of Japan but rainfall was particularly heavy near Phanfone's track along the southeastern coast of the islands. This analysis indicated that Phanfone dropped the greatest amount of rainfall in central Japan west of Tokyo where rainfall totals greater than 275 mm (10.8 inches) were found. This analysis found some rainfall totals above 300 mm (11.8 inches) over the Pacific Ocean southeast of Japan. (Credit: Hal Pierce/SSAI/NASA GSFC)

Typhoon turned northeast bringing torrential rain and strong winds to Tokyo metropolitan area before moving out to sea. According to Japan Meteorological Agency, some of the heaviest rainfall was recorded in Tokyo, which received 272 mm (10.71 inches) of rain, and Owase, which received 414 mm (16.30 inches) of rain. Kagiana received some of the heaviest rainfall – up to 80 mm (2.70 inches) of rain in just one hour. Heavy rainfall and strong winds from Phanfone also caused the suspension of search efforts for the missing hikers on Japan's Mount Ontake, which suddenly erupted in late September.

A press release from Kadena Air Base stated that one airman is confirmed dead and two more are missing after they were washed out to sea from the northwest coast of Okinawa on October 5, 2014. More than 50 people were reportedly injured across the country.

Phanfone is accelerating northeastward as it undergoes extra-tropical transition. Strong vertical wind shear and cooling sea surface temperatures will rapidly erode the system as it transitions into a storm force cold-core low. 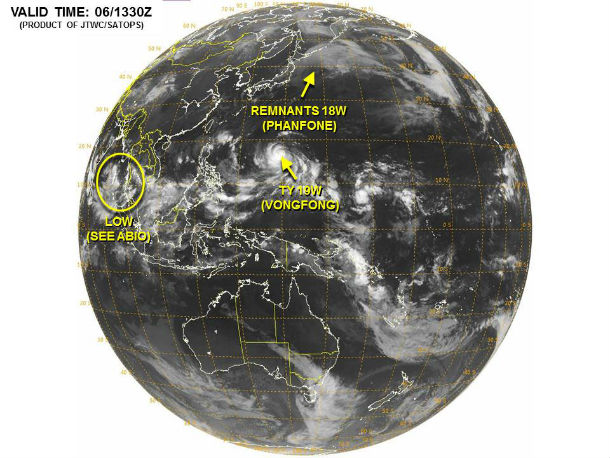 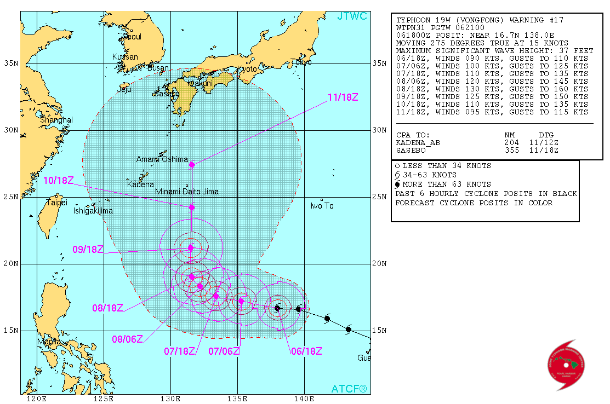 Vongfong is expected to reach a super typhoon strength winds, near or over 240 km/h (150 mph) before nearing Japan mainland. Warm sea surface temperatures of 30°C (86°F) and moderate wind shear will fuel the system before cooler waters and higher wind shear weaken the system as it approaches Japan. 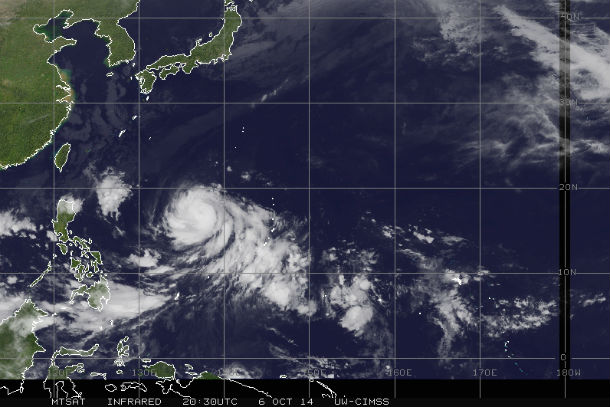