There is no danger of tsunami.

Recent earthquakes in this area have caused secondary hazards such as tsunamis, landslides, and liquefaction that might have contributed to losses.

Pacific Daily News is reporting power outages from Talofofo to Malojloj and down to Bear Rock in Inarajan.  Some residents have reported losing phone service after the quake. (ER) 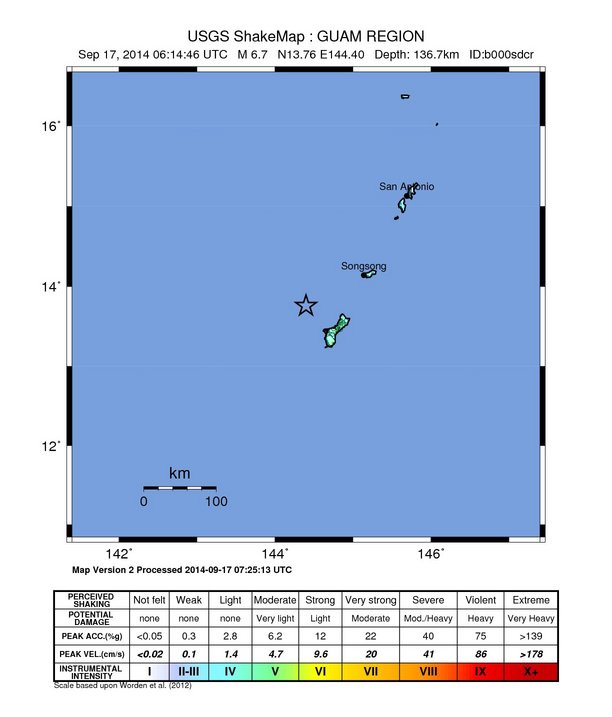