There are 2 093 658 people living within 100 km radius. This earthquake can have a medium humanitarian impact based on the magnitude and the affected population and their vulnerability.

USGS issued yellow alert for shaking-related fatalities. Some casualties are possible and the impact should be relatively localized. Past events with this alert level have required a local or regional level response.

Green alert was issued for economic losses. There is a low likelihood of damage.

Overall, the population in this region resides in structures that are resistant to earthquake shaking, though some vulnerable structures exist. The predominant vulnerable building types are low-rise reinforced/confined masonry and adobe block construction.

This earthquake is one of the strongest along the central coast of Chile since a long time.

Mobile phone network is down due to saturation. Chileans are now requested to use text messages only.

Electrical power is down in areas of Valparaiso and Santiago. (ER)

Hundreds of people were blocked in elevators when power went down.

Landslides have been reported between Quintero and Puchuncaví.

One worker was injured in the port of Valparaiso, this has been the only confirmed report of injuries so far. 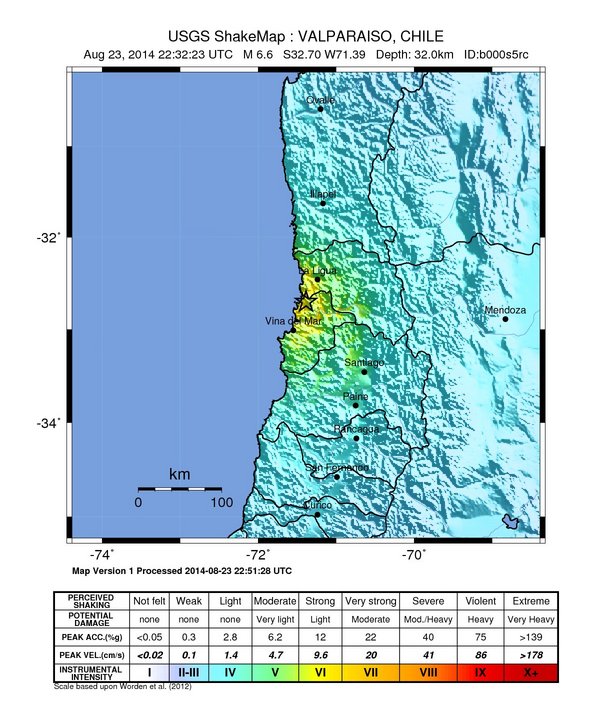 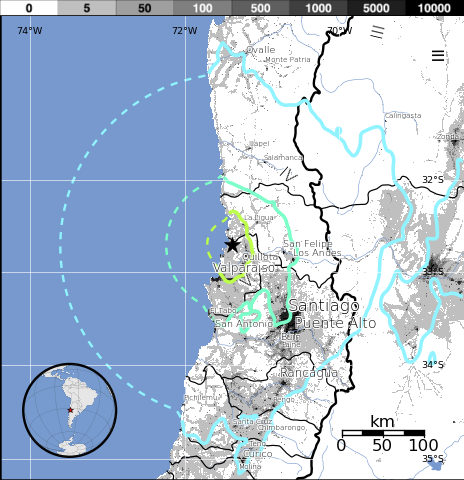