This video is a compilation of Perseid meteors seen by the NASA All Sky Fireball Network on the night of August 12-13, 2014. Even if you missed the peak show last night there is still time, just head out when it gets dark and enjoy. The rates are sharply reduced this year because of the glare from the waning supermoon but it is still a significant shower.

The Perseids are a prolific meteor shower associated with the comet Swift–Tuttle. The name derives in part from the word Perseides, a term found in Greek mythology referring to the sons of Perseus.

The shower is visible from mid-July each year, with the peak in activity between August 9 and 14, depending on the particular location of the stream. During the peak, the rate of meteors reaches 60 or more per hour. They can be seen all across the sky; but, because of the path of Swift-Tuttle's orbit, Perseids are primarily visible in the Northern Hemisphere. 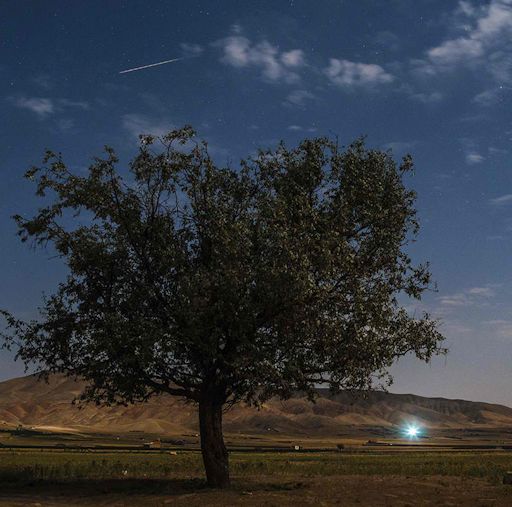