According to USGS, epicenters were approximately 73 km (45 miles) SSE of Raoul Island, and 989 km (615 miles) NE of Whangarei, New Zealand.

There are no people living within 100 km radius. The Pacific Tsunami Warning Center said no destructive widespread tsunami threat existed, based on historical earthquake and tsunami data. 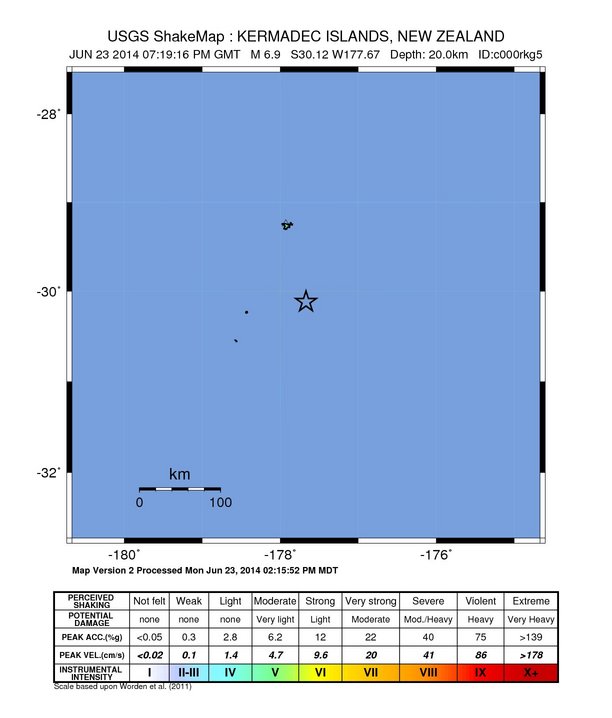