Solar activity began the period at low levels, increased to high levels by midweek, and ended the period at moderate levels. In total, 17 solar flares were measured at or above the M1 (Minor) threshold from June 9 – 15, three of which were X-class (R3-Strong) flares.

Post-event forecaster analysis and WSA-ENLIL model output suggested that these CMEs would narrowly pass by Earth on or around June 14 at 19:00 UTC, but were ultimately not observed in ACE solar wind data or at ground-based magnetometer stations. 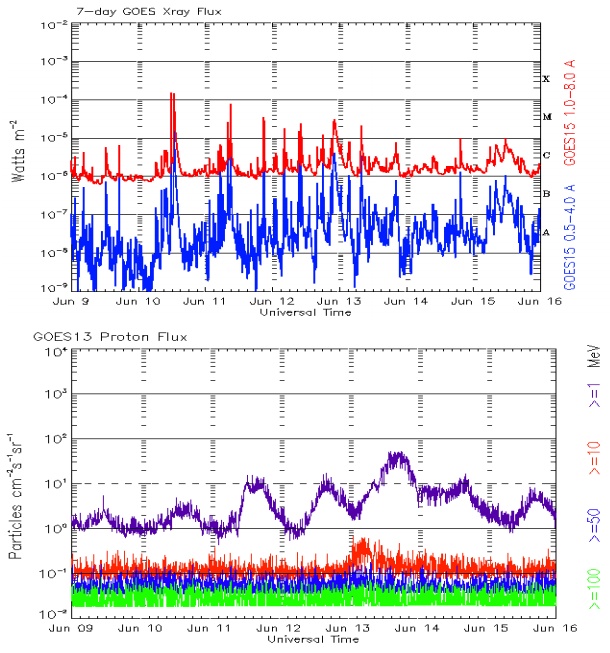 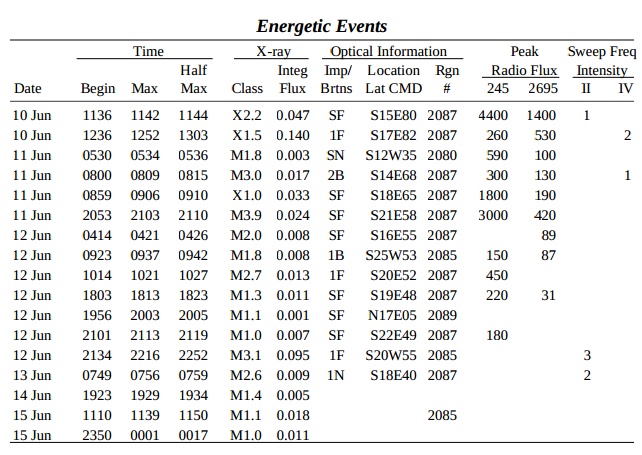 Region 2087 struck again on June 11, producing an X1/Sf (R3-Strong) flare at 09:06 UTC with an associated Tenflare (190 sfu) and a subsequent CME off the east limb first visible in C2 coronagraph imagery at 11/09:24 UTC, which was later determined to be directed away from the Sun-Earth line.

In addition to the three X-class flares detailed above, Region 2087 produced an additional seven M-class flares in the R1 (Minor) category. 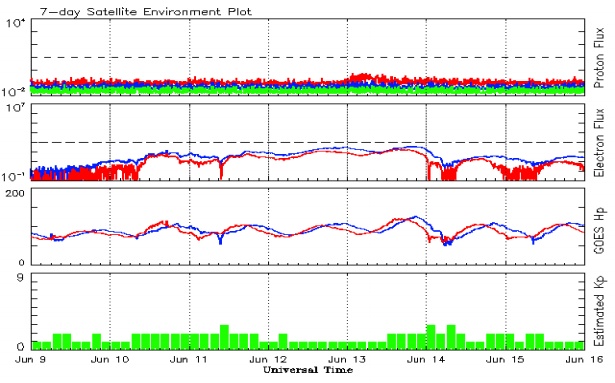 No proton events were observed at geosynchronous orbit although the greater than 10 MeV proton flux became slightly enhanced (flux values remained below 1 pfu) early on June 13, likely associated with the M3 flare from Region 2085 at 12/22:16 UTC.

The greater than 2 MeV electron flux at geosynchronous orbit was at normal to moderate levels over the past week and reached a maximum flux value of 227 pfu on June 13 at 14:05 UTC.

Geomagnetic field activity was predominately quiet with isolated periods of unsettled conditions on June 11 and 14.