This is a very safe distance, but still a very spectacular circumstance and the Virtual Telescope Project will offer us a live, online event sharing real-time images of the asteroid along with live commentary by their scientific staff.

The online, free session will start at 19:45 UTC. This asteroid is comparable in size to Chelyabinsk asteroid which exploded over Russia on February 15, 2013. 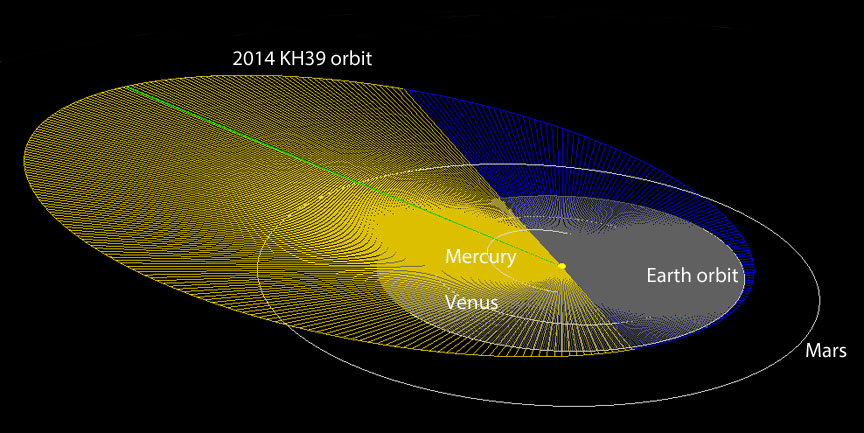 The orbit of 2014 KH39. Yellow shows the portion of its orbit above the plane of Earth’s orbit (grey disk); blue is below the plane. Image credit: IAU Minor Planet Center 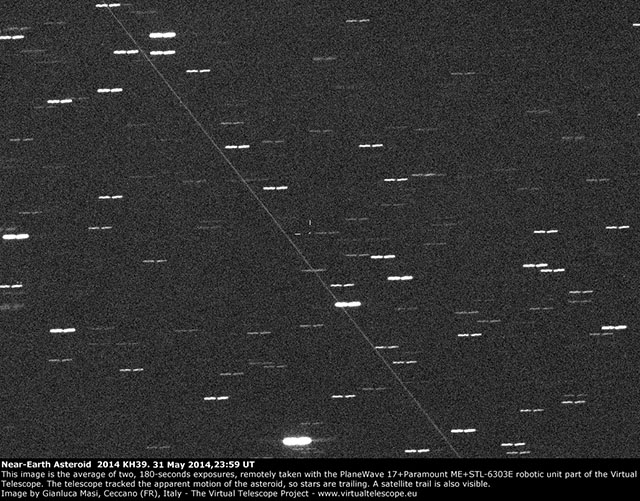 They will broadcast the event live from Australia, featuring time lapse imagery from Slooh's newly renovated robotic observatory in Chile. The image stream will be accompanied by discussions led by Slooh host, Geoff Fox, Slooh astronomer, Bob Berman, Slooh friend, Dr. Mark Boslough, an expert on planetary impacts and global catastrophes and frequent participant on many science TV documentaries. Viewers can follow updates on the show by using the hashtag #Sloohbeast.