Today's M 6.2 hit about 360 km WNW from the epicenter of M 9.1 earthquake that caused devastating tsunami on December 26, 2004. That earthquake is known as the Sumatra–Andaman earthquake, and the tsunami it caused as 2004 Indian Ocean tsunami, South Asian tsunami, Indonesian tsunami, and the Boxing Day tsunami. 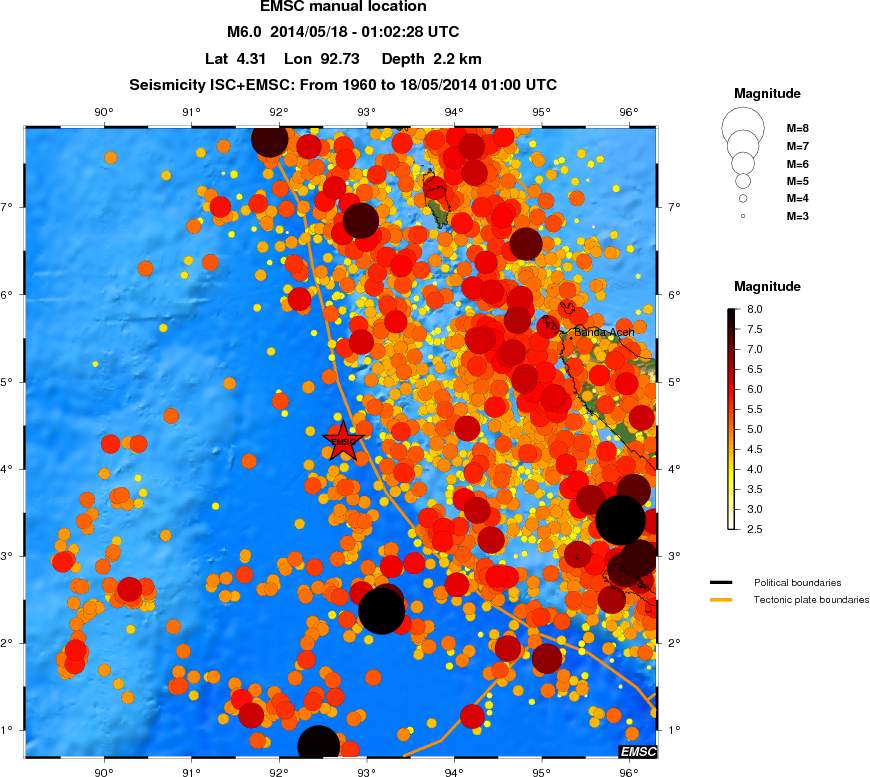 The Indonesian island of Sumatra is located in a highly seismic area of the world. In addition to the subduction zone and the associated Sunda Arc off the west coast of the island, Sumatra also has a large strike-slip fault, the so-called Great Sumatran Fault, running the entire length of the island.

This fault zone accommodates most of the strike-slip motion associated with the oblique convergence between the Indo-Australian and Eurasian plates. The fault ends in the north just below the city of Banda Aceh, which was devastated on December 26, 2004. After the December 2004 earthquake, pressure on the Great Sumatran Fault has increased tremendously, especially in the north. 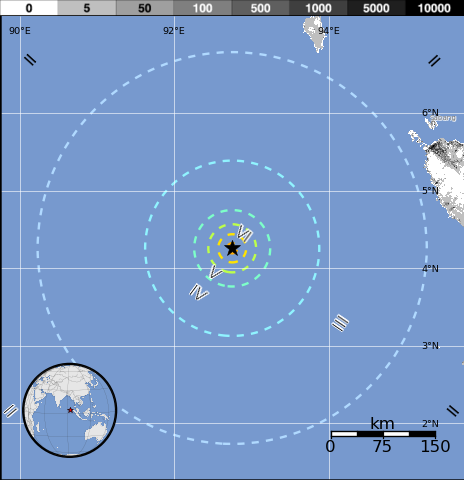 Selected cities exposed from GeoNames Database of Cities with 1,000 or more residents. (USGS) 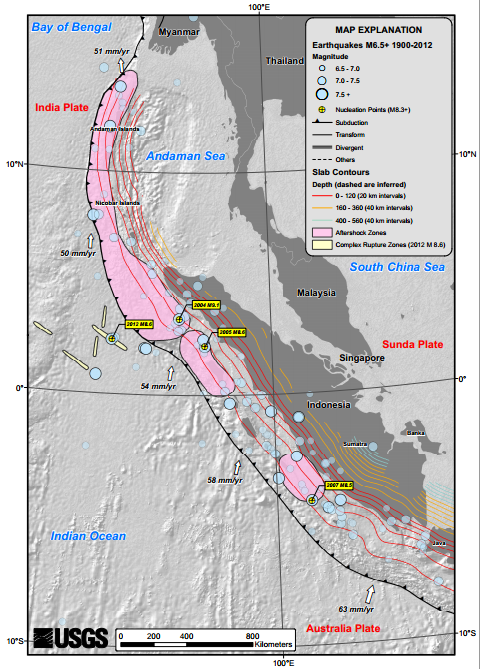