A strong earthquake struck Northern Sumatra in Indonesia on early Tuesday morning, seismologists said, but it was not immediately known if there was damage or if there were casualties. 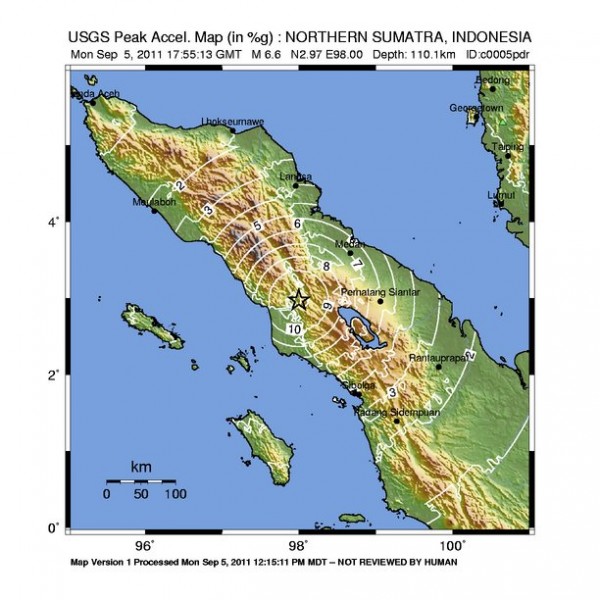 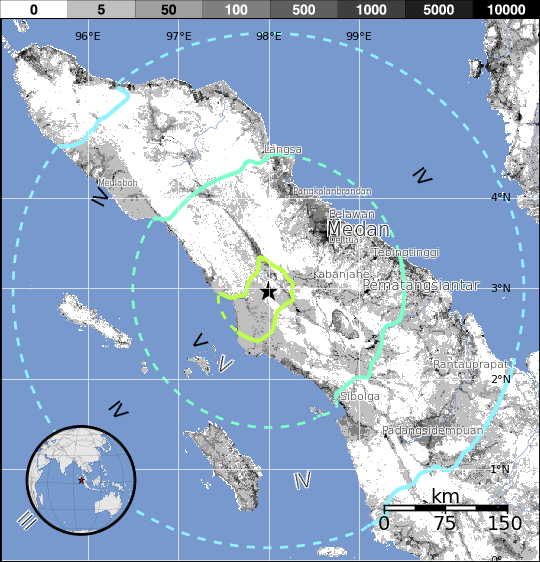 The Pacific Tsunami Warning Center said no destructive tsunami had been generated.

WAPMERR, the theoretical damage engine reports : USGS gives 119 km depth. A recent earthquake at similar depth generated high frequency waves that did more damage than expected in Padang. Thus, casualties are possible in this case, although not likely to be numerous.

It was felt for 30 seconds in the location of Dairi. Reports from Indonesian news sources say the tremor was alleged to have caused an electrical installation in the Dairi to become disrupted as residents experienced power outages. "It is pitch black". From ground level they also believe that there must be damage given the shock. It is the strongest earthquake that a lot of residents have ever felt according to them. 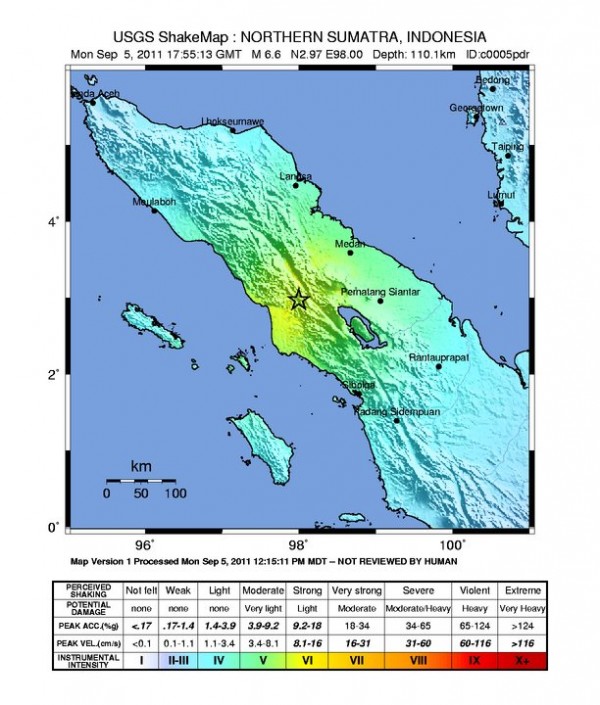 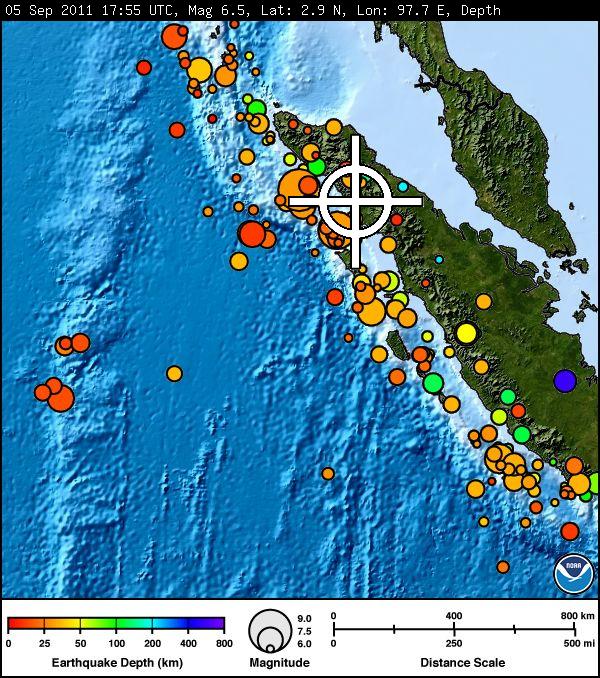