GDACS estimated there are 17 721 people living within 100 km radius. 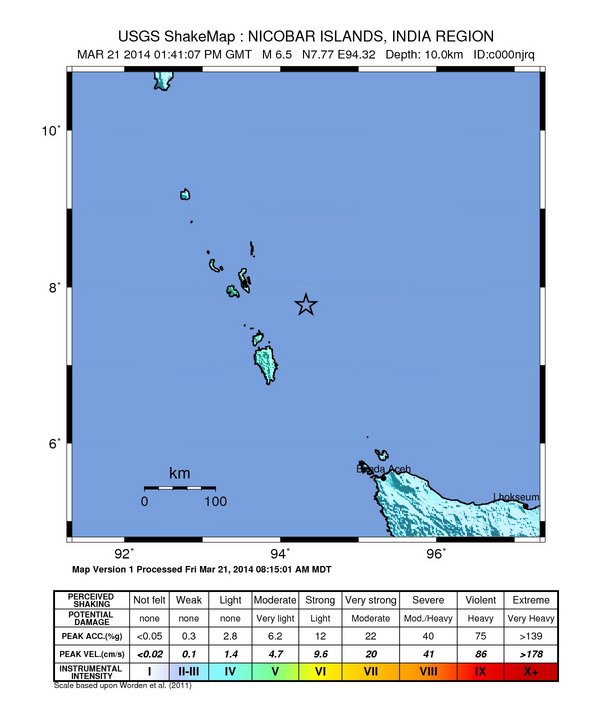 Subduction and seismicity along the plate boundary adjacent to Java is fundamentally different from that of the Sumatran-Andaman section. Relative motion along the Java arc is trench-normal (approximately 65-70 mm/year) and does not exhibit the same strain partitioning and back-arc strike- slip faulting that are observed along the Sumatra margin. Neither has the Java subduction zone hosted similar large magnitude megathrust events to those of its neighbor, at least in documented history. Although this region is not as seismically active as the Sumatra region, the Java arc has hosted low to intermediate-magnitude extensional earthquakes and deep-focus (300-700 km) events and exhibits a similar if not higher volcanic hazard. This arc has also hosted two large, shallow tsunami earthquakes in the recent past which resulted in high tsunami run-ups along the southern Java coast (USGS).