Very strong and shallow earthquake struck Xinjiang – Tibet border in China on February 12, 2014 at 09:19 UTC (17:19 local time). CEIC, the seismological agency of the Chinese government is reporting a Magnitude of 7.3 at a depth of 12 km. The quake lasted more than a minute.

20-person rescue team was sent to the area.

A similar strength earthquake along the same fault killed 100 people in 1924 (ER). 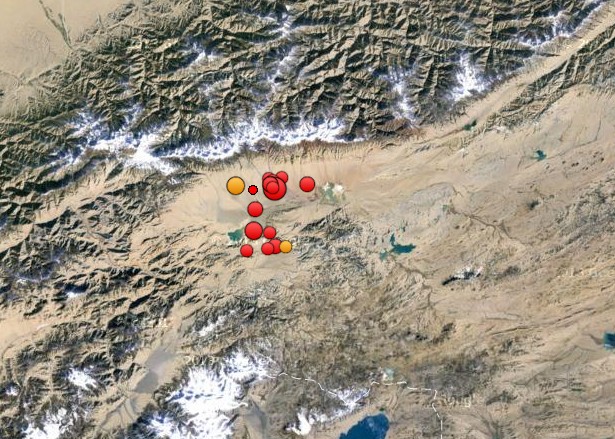 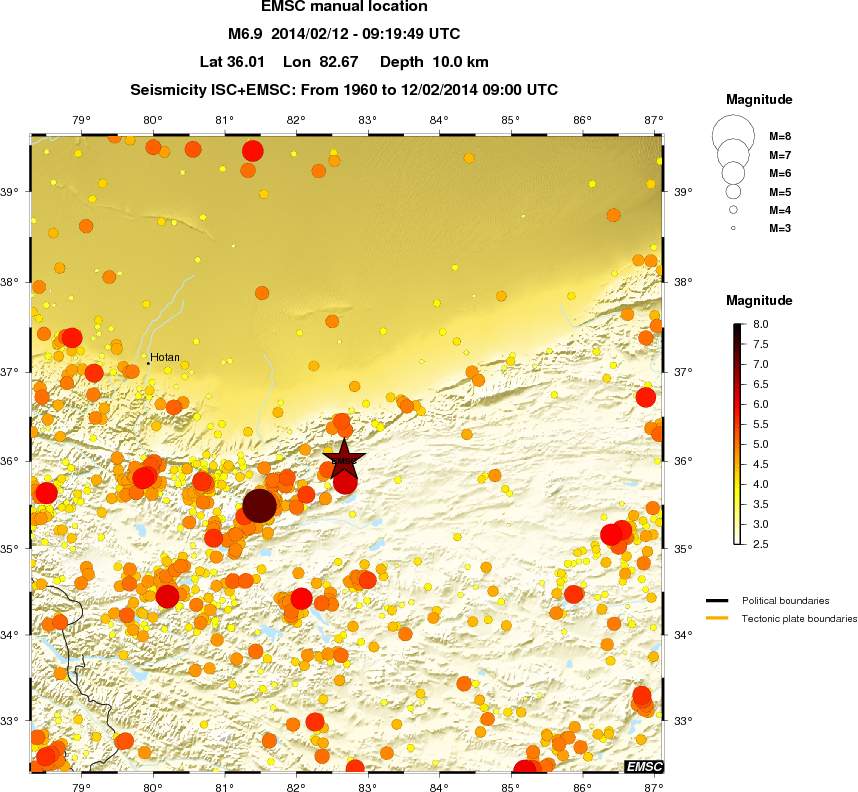