At 4:30 on the morning of January 17, 1994, some 10 million people in the Los Angeles region of southern California were awakened by the shaking of an earthquake. The earthquake, named for its epicenter in the town of Northridge, was a magnitude 6.7 (M = 6.7, Depth=18.4 km) shock that proved to be the most costly earthquake in United States history.

This was the first earthquake to strike directly under an urban area of the United States since the 1933 Long Beach earthquake.

The shaking heavily damaged communities throughout the San Fernando Valley and Simi Valley, and their surrounding mountains north and west of Los Angeles, causing estimated losses of 20 billion dollars.

Fifty-seven people died, more than 9 000 were injured, and more than 20 000 were displaced from their homes by the effects of the quake.

Although moderate in size, the earthquake had immense impact on people and structures because it was centered directly beneath a heavily populated and built-up urban region. Thousands of buildings were significantly damaged, and more than 1 600 were later "red-tagged" as unsafe to enter. Another 7,300 buildings were restricted to limited entry ("yellow-tagged"), and many thousands of other structures incurred at least minor damage.

The 10-20 seconds of strong shaking collapsed buildings, brought down freeway interchanges, and ruptured gas lines that exploded into fires. Fortuitously, the early morning timing of the earthquake spared many lives that otherwise might have been lost in collapsed parking buildings and on failed freeway structures. 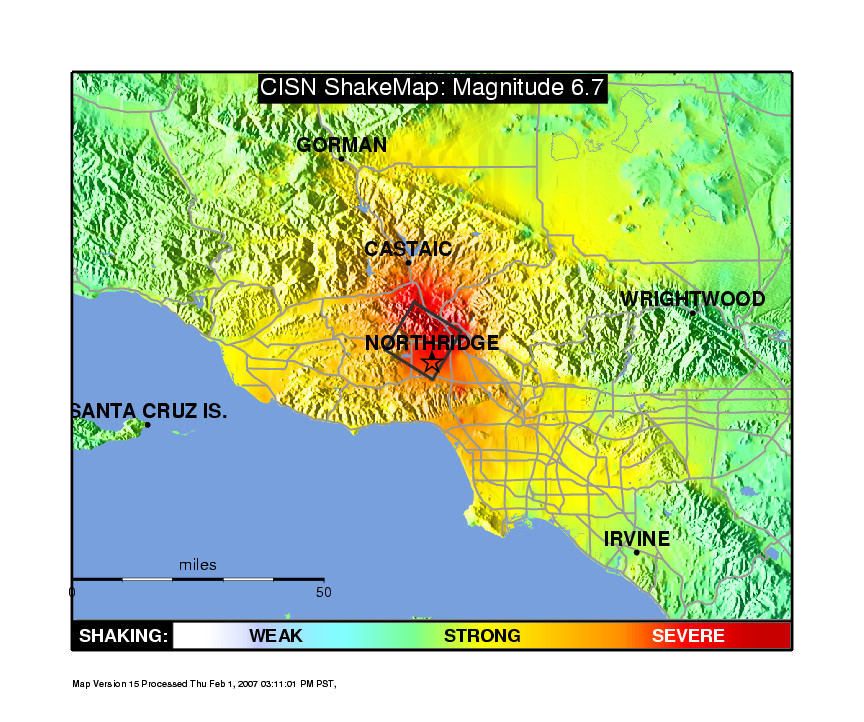 USGS made available this raw silent video footage of the damage:

The earthquake was felt throughout much of southern California and as far away as Turlock, California; Las Vegas, Nevada; Richfield, Utah and Ensenada, Mexico.

The maximum recorded acceleration exceeded 1.0g at several sites in the area with the largest value of 1.8g recorded at Tarzana, about 7 km south of the epicenter. A maximum uplift of about 15 cm occurred in the Santa Susana Mountains and many rockslides occurred in mountain areas, blocking some roads.

Some ground cracks were observed at Granada Hills and in Potrero Canyon. Some liquefaction occurred at Simi Valley and in some other parts of the Los Angeles Basin.

It caused many thousands of landslides over an area of 10 000 square kilometers, mostly concentrated in sparsely populated areas north of the San Fernando Valley. The landslides destroyed homes, roads, and utility lines, and blocked streams. They also generated dense clouds of dust, precipitating an outbreak of valley fever that caused three fatalities. 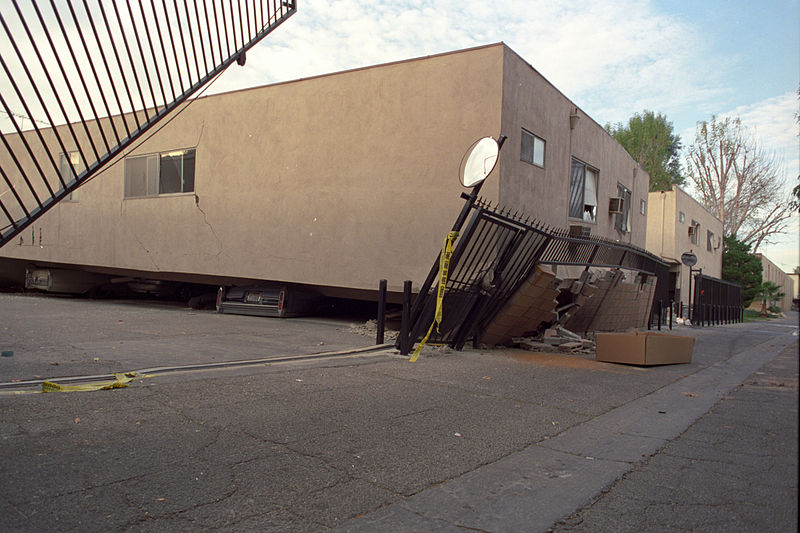 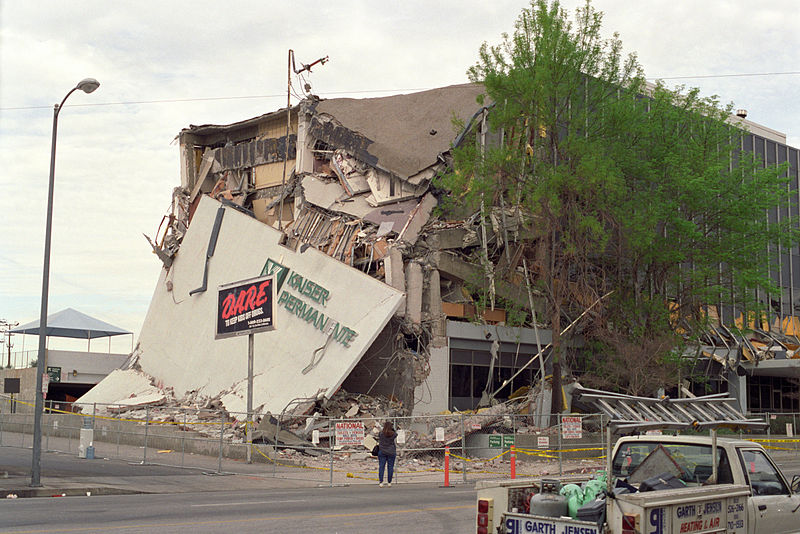 The Kaiser Permanente Building after the Northridge Earthquake of January 17, 1994. Photo taken on Saturday, January 22, 1994 by Gary B. Edstrom. 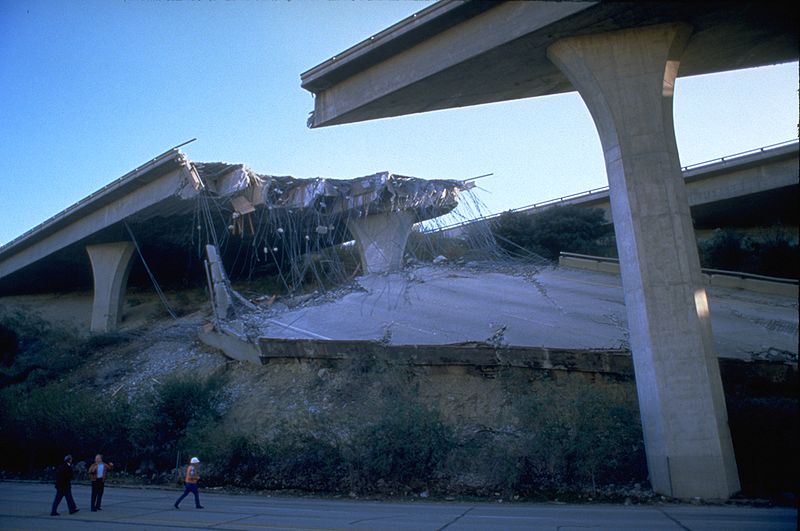 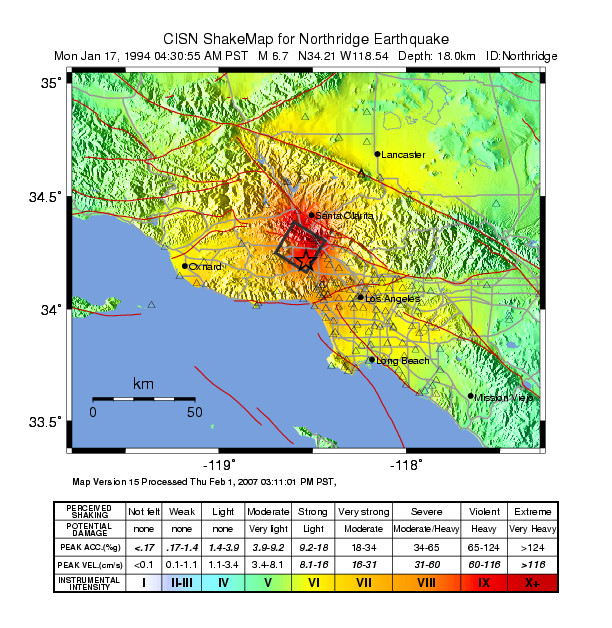