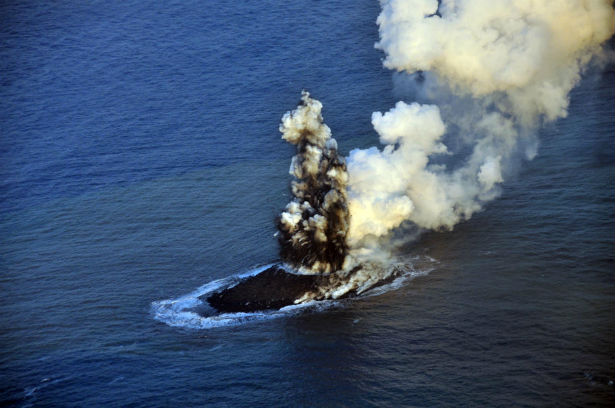 A new island has emerged off the coast of Tokyo on October 20, 2013, as a result of underwater volcano eruption.

Advisories from the coast guard and the Japan Meteorological Agency said the island is about 200 meters (660 feet) in diameter. The island emerged 1 000 km (620 miles) south of Tokyo, just off the coast of Nishino-shima, a small, uninhabited island in the Ogasawara chain, which is also known as the Bonin Islands.

The last time the volcanoes in that area are known to have erupted was in the mid-1970's. Much of the volcanic activity occurs under the sea, which extends thousands of meters deep along the Izu-Ogasawara-Marianas Trench.

The Ogasawara Islands were formed around 48 million years ago. They are a part of the Izu-Bonin-Mariana Arc known geologically as a fore arc. They lie above a subduction zone between the Pacific Plate and the Philippine Sea Plate.

The Pacific Plate is subducting under the Philippine Sea Plate, which creates an oceanic trench to the east of the islands. The crust of the Ogasawara (Bonin) Islands was formed by volcanic activity when subduction began 45–50 million years ago, and is composed mostly of an andesitic volcanic rock called boninite, which is rich in magnesium oxide, chromium, and silicon dioxide. 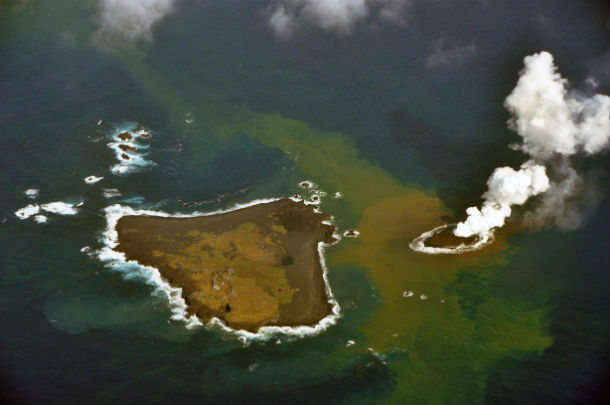 The Ogasawara Islands may represent the exposed parts of an ophiolite that has not yet been emplaced on oceanic crust. The rocks of the Volcano Islands are much younger; Iwo Jima is a dormant volcano characterized by rapid uplift and several hot springs. Most of the islands have steep shorelines, often with sea cliffs ranging from 50 to 100 meters (160 to 330 ft) in height, but the islands are also fringed with coral reefs and have many beaches.[34] The highest point lies on South Iwo Jima, at 916 meters (3,005 ft) (Bonin Islands).

Featured image: An erupting undersea volcano forms a new island off the coast of Nishinoshima, a small uninhabited island in the southern Ogasawara chain of islands. The image was taken on November 21, 2013 by the Japanese Coast Guard.