After increased solar activity in second half of October, solar activity was down to minor and moderate levels for last couple of days. On November 3, 2013 new sunspot group AR 1890 emerged off the southeastern limb and produced a C9.9 flare at 16:28 UTC.

When this region emerged from the limb it had Alpha magnetic configuration but over the last 2 days it grew to Beta-Gamma-Delta class.

On November 5 at 08:18 UTC it erupted with impulsive M2.5 solar flare. A Coronal Mass Ejection (CME) was generated and visible in LASCO C2 imagery but it appears the plasma cloud is heading mostly toward the south and away from Earth.

This active region has enough strength to produce major solar flares and it will be on the watch in the coming days as it rotates toward the center of the visible disk and into more geoeffective position. 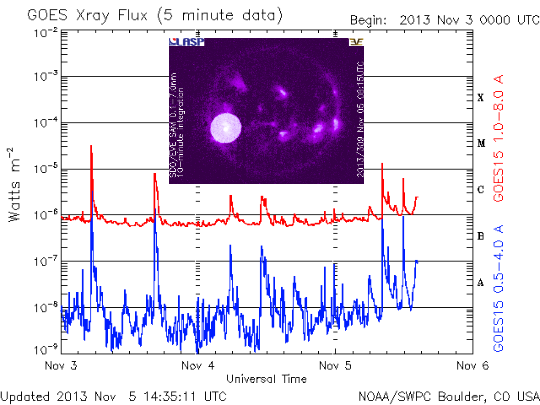 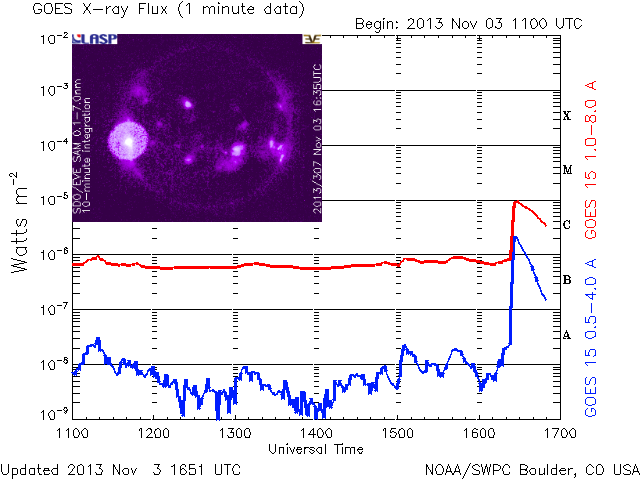 There are currently 7 active sunspot regions on the Earth side of the Sun. 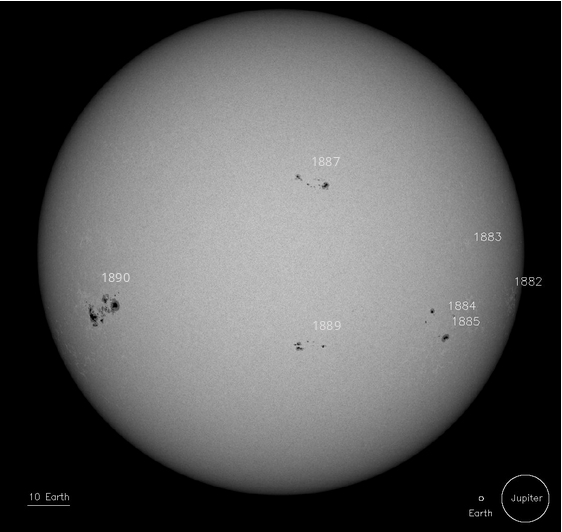