A major solar flare reaching X2.3 peaked at 21:54 UTC on Tuesday, October 29, 2013. This event originated from AR 1875 located on the west limb. A Type IV Radio Emission, indicating a strong coronal mass ejection, was associated with the event but since the region is no longer facing Earth it will be heading mostly away. 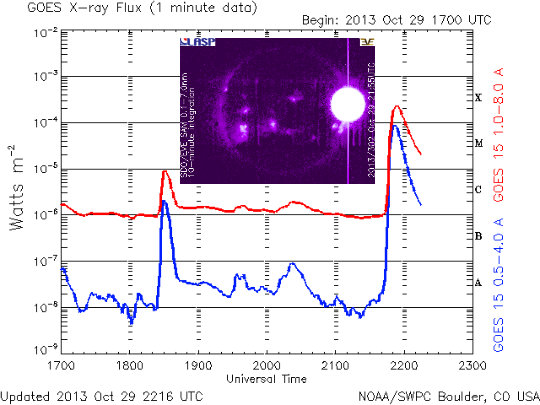 There are currently 9 numbered sunspot regions on the Earth side of the Sun. Beta-Gamma-Delta AR 1882 is approaching the center of the disk. 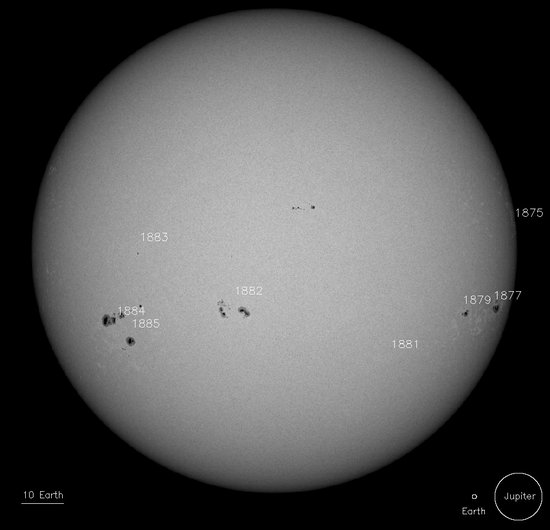 NOAA SWPC forecasters estimate 60% for M-class, and 25% chance for X-class solar flare in next 2 days