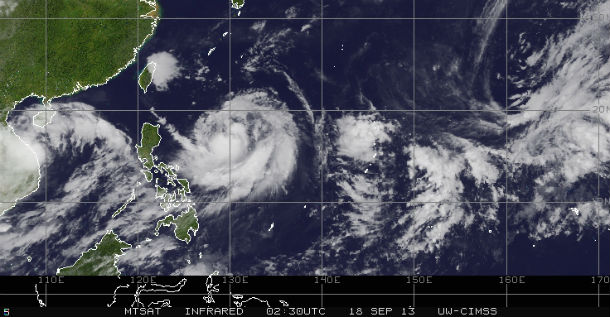 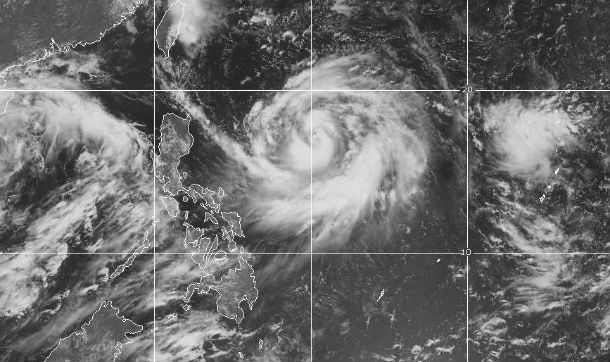 According to latest report by Joint Typhoon Warning Center (JTWC), the center of TS Usagi was located approximately 560 nm east-northeast of Manila, Philippines. The system  is moving westward at speed of 03 knots. PAGASA reports maximum winds near the center reaching 95 km/h with gusts up to 120 km/h. 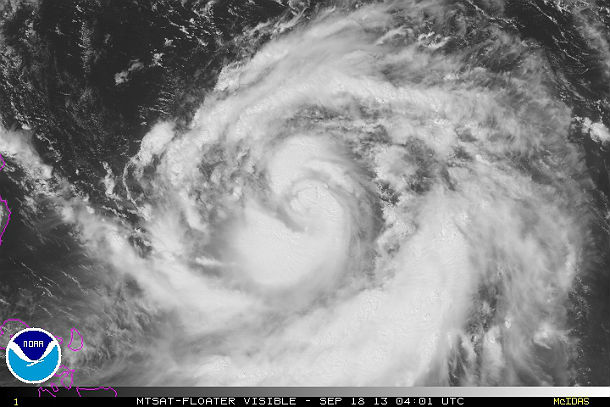 Heavy to intense rainfall amount from 15 – 20 mm within the 500 km diameter of the tropical system is expected. Usagi is expected to enhance the Southwest Monsoon that will bring light to moderate rains and thunderstorms over the western sections of Central and Southern Luzon, Visayas and Mindanao in the Philippines. 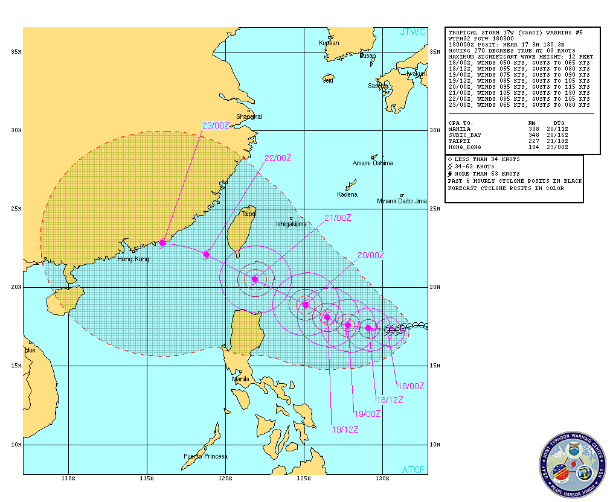 JTWC's forecast takes Usagi west toward the northern Philippines but turning to the northwest before reaching the country, and heading toward Taiwan. Favorable sea surface temperatures along the forecast track (29 to 30 Celsius degree) with a favorable upper level environment will support the intensification of the system through the next 72 hours to a peak intensity of 105 knots. Land interaction with Taiwan will interrupt the low level flow, leading to a weakening trend through the remainder of the forecast. Similar land effects with coastal China will keep the system on a weakening trend. 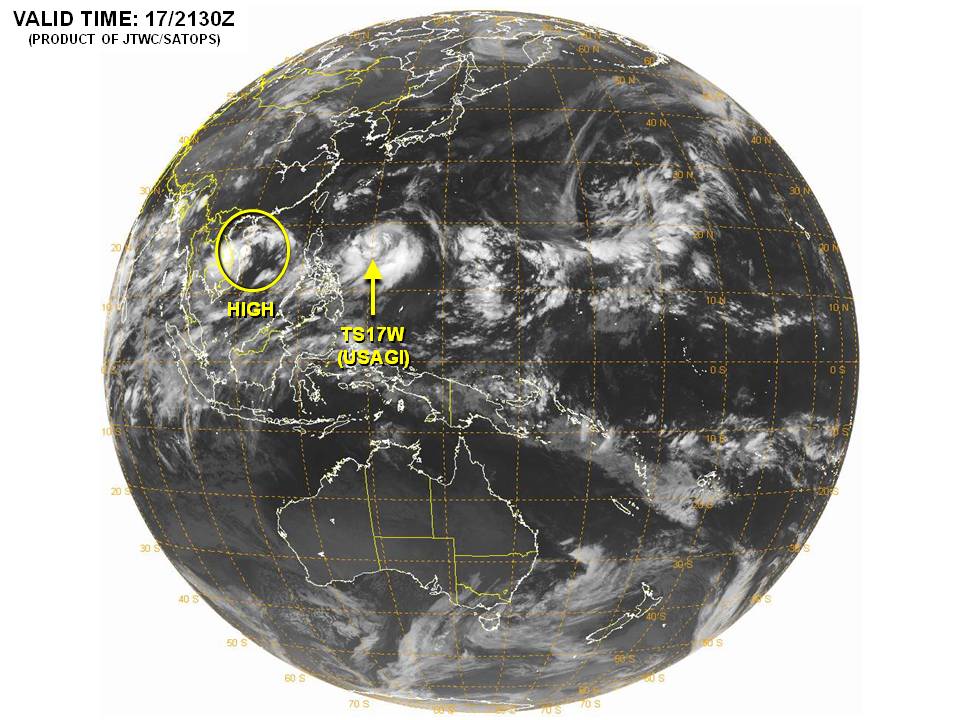