An impulsive solar flare reaching M3.3 erupted on August 17, 2013. The event peaked at 18:24 UTC from Active Region 1818. AR 1818 is classified with Beta-Gamma-Delta magnetic configuration and is capable of producing even stronger eruptions. 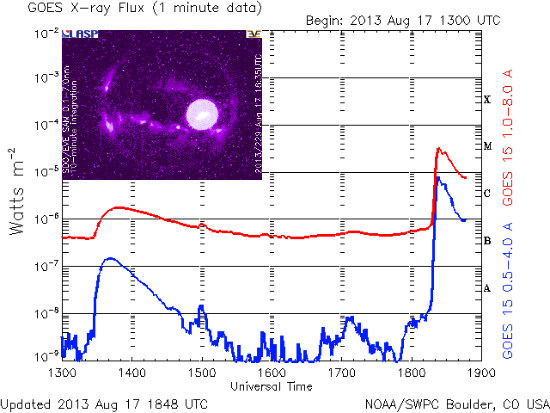 At 18:49 UTC a second M-class solar flare event started at the same region. At 18:56 UTC a Type II radio emission was registered. Type II emissions occur in association with eruptions on the Sun and typically indicate a Coronal Mass Ejection (CME) is associated with a flare event. 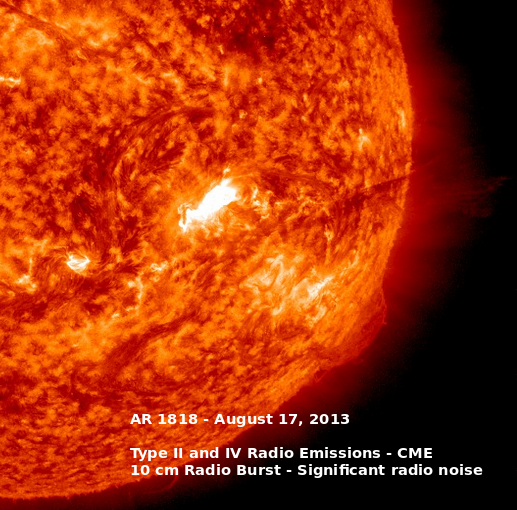 A Type IV radio emission was registered starting at 19:09 UTC. Type IV emissions occur in association with major eruptions on the Sun and are typically associated with strong Coronal Mass Ejections (CME) and solar radiation storms.

Additionally, a 10 cm Radio Burst was associated with that event. A 10 cm radio burst indicates that the electromagnetic burst associated with a solar flare at the 10cm wavelength was double or greater than the initial 10cm radio background. This can be indicative of significant radio noise in association with a solar flare. This noise is generally short-lived but can cause interference for sensitive receivers including radar, GPS, and satellite communications.

The second M-class event peaked at 19:33 UTC as M1.4 solar flare and ended at 19:54. The majority of ejected material (CME) is headed south and west. CME produced by this event is visible in the following video:

There are currently 6 numbered sunspot regions on the disk. All of them are located in the southern hemisphere. Regions 1818 and 1817 are classified with Beta-Gamma-Delta magnetic configuration and are capable of producing strong eruptions. 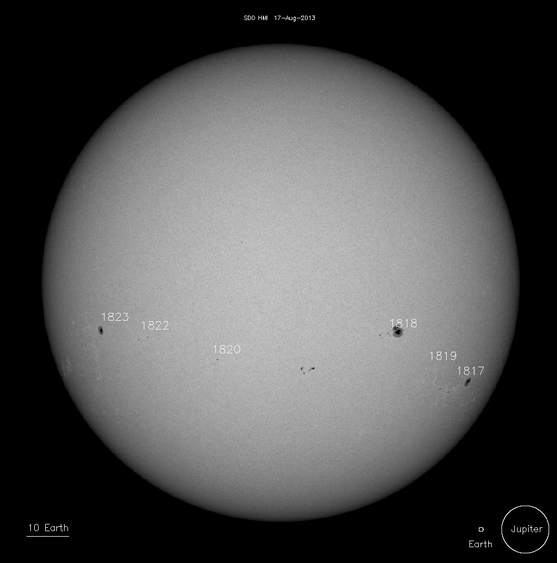 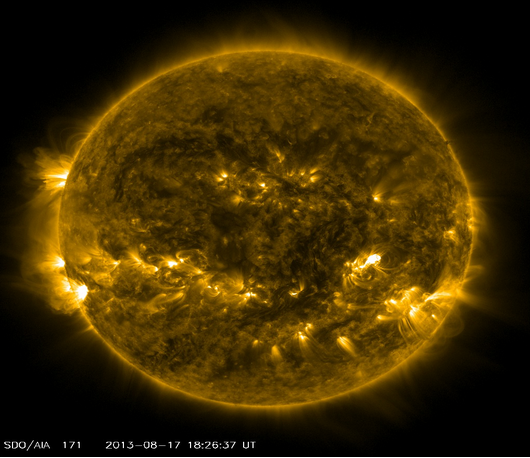 Featured image: Courtesy of NASA/SDO and the AIA, EVE, and HMI science teams