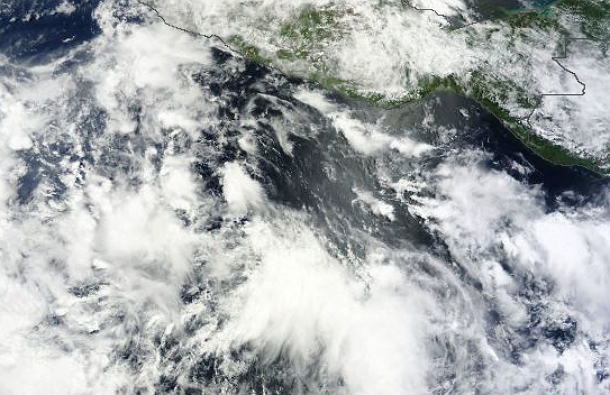 Two new areas of low pressure are forming in the East Pacific. Both of these systems pose little if any threat to land as they continue to move westward away from the mainland.

Shower and thunderstorm activity has increased and become better organized in association with a low pressure system located about 450 miles south of Manzanillo, Mexico. Environmental conditions are conductive for additional development and this tropical disturbance could become tropical storm in the next 24 hours. According to US National Hurricane Center (NHC), this system has near 100% chance of becoming a tropical cyclone while it moves west-northwestward at 5-10 mph.

An area of low pressure located about 650 miles south-southwest of the southern tip of Baja California continues to produce a small area of showers and thunderstorms. Some development of this system is possible before upper-level winds increase in the next 48 hours. NHC gives this system a medium 30% chance of becoming a tropical cyclone during the next 48 hours.